The Reds play the Kansas City Royals today at 4:05 p.m. ET at Goodyear Ballpark. The game will be televised locally on FSO and streamed on the MLB network. You can listen on WLW-700 radio.

Brandon Finnegan starts on the mound for the Reds, facing his former team. 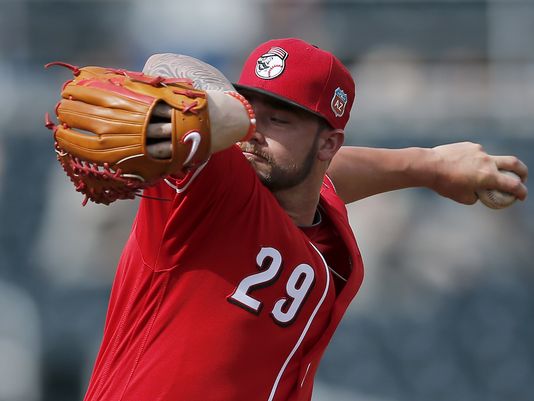 Biggest news is that Billy Hamilton returns to the lineup, although not to center field. He’s been sidelined recovering from off-season shoulder surgery. He does have two previous AB this spring.

Zack Cozart returns at shortstop. Dusty Baker’s heart would flutter seeing the SS batting second. Both halves of the presumptive LF platoon split, Adam Duvall and Scott Schebler, get starts. It’s Duvall’s first game at third base. The versatile Ivan De Jesus plays second base and Jose Peraza gets another start in center. 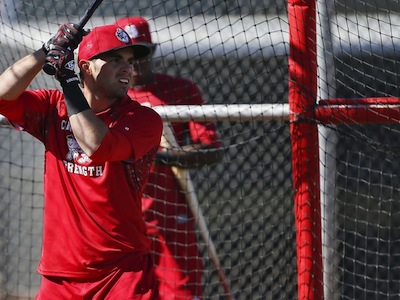 If you needed incentive to watch Brandon Finnegan pitch today, consider that with all the injuries and slowed down starts, you have to think he’s looking pretty good for a rotation slot. That’s unless they decide a left-handed seventh-inning specialist is a more important role. Still no word on Michael Lorenzen’s MRI results.Ã‚Â

Reminder: Grant Freking’s scouting report on Finnegan after the Cueto trade. Also, Grant on Finnegan’s roleÃ‚Â with the Reds.

Ã¢â‚¬Â¢ Doug Gray offers his thoughts about the in-house options should the Reds have to replace Michael Lorenzen.

That leaves the Cincinnati Reds with a very iffy rotation of four pitchers right now: Anthony DeSclafani, Raisel Iglesias, Brandon Finnegan and Jon Moscot. After that, it would seem that there are three guys still in contention for the final spot. Left hander Cody Reed and right handers Robert Stephenson and Tim Melville. The first two names are of big time prospects in the organization, while the latter is a former top prospect who the Reds signed on as a minor league free agent in the offseason. Reed and Melville, unlike Stephenson, are not on the 40-man roster.

The Reds were careful in how they handled Iglesias last season, in part because he did not pitch in 2014 while defecting from Cuba and awaiting a visa to enter the United States. He was also a former reliever learning how to be a starter on the job. At times, that inexperience showed in how he navigated through an outing, especially against a lineup the second or third time. 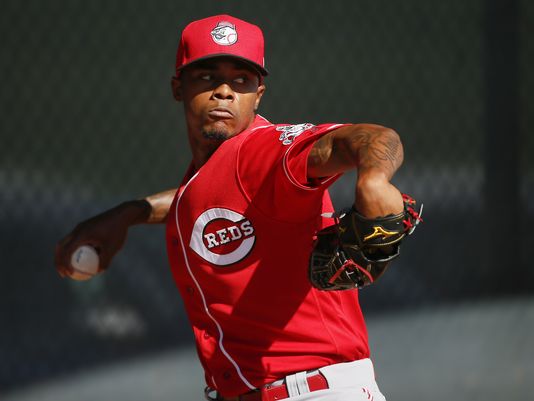 Reminder: After Iglesias struck out 13 in a game last year, Nick Doran wrote about how that feat compared to other great Reds strikeout performances. And our Greetings! post on Iglesias from June 2014.

It was a less-than-eventful five innings for the Venezuelan, who only had to field a couple line drive hits that fell in front of him.

Ã¢â‚¬Å“It doesnÃ¢â‚¬â„¢t feel different,Ã¢â‚¬Â Peraza said through interpreter Tomas Vera. Ã¢â‚¬Å“I have to keep learning, of course. IÃ¢â‚¬â„¢m going to continue learning. I feel happy to play. The most important thing overall is just to help the team.Ã¢â‚¬Â

Reminder: Our scouting report on Peraza when the Reds first acquired him.

The Royals bounced him between the rotation and the bullpen, famously pitching him in the playoffs in 2014 when he became the first player to ever appear in the College World Series and the World Series in the same year.Ã‚Â Now, though, heÃ¢â‚¬â„¢s a Red and he said heÃ¢â‚¬â„¢s only worried about being a Red in 2016.

Ã¢â‚¬Â¢ Longish read from a Reds fan writing for a Kansas City Royals site about Brandon Finnegan, his time with the Royals and World Series rings.

As Brandon takes the mound to pitch against his former team, he’ll remember the feeling when he received the phone call saying that he had been traded to the lowly Cincinnati Reds for eventual postseason hero Johnny Cueto. It was a mixture of shock, confusion, excitement, and even betrayal. Brandon will recall the feelings of trepidation as he donned the uniform of the AAA Louisville Bats, the finest baseball team in Kentucky. More than anything, Brandon will remember the Ring that Got Away: the ambivalent feeling of sadness and pride he felt as he saw his former teammates celebrate a World Series championship without him last October.

Ã¢â‚¬Â¢ David Schoenfield (ESPN) on how Joey Votto’s approach with runners on base compares to other top hitters in baseball. Comes with a quote from new Reds general manager Dick Williams. Williams’ view is a welcome change to previous statements by Walt Jocketty on the same topic.

Anyway, I’m not trying to answer the question of whether Votto should swing more often. This is more to show that Votto’s approach with runners on base isn’t significantly different from the game’s other top hitters.Ã‚Â The Reds certainly are OK with his production. Reds general manager Dick Williams happened to be on a panel Friday. An audience member asked if Votto should expand his zone. “Whoever asked that question, I’ll arrange a one-on-one with Joey Votto,” Williams said, laughing. “He hits .360 on pitches in the strike zone and .200 on pitches outside the zone. It strikes me as incredibly selfish to knowingly make yourself a worse hitter to chase an arbitrary statistic … that’s the epitome of unselfishness.”

Warning: Trigger alert for the Brennemen.

Ã¢â‚¬Â¢ Since this is election day in Ohio (I’m on a break from working at the polls), here’s a Reds trivia question. No fair looking this up, just answers based on memory or guesses please. Honor system.

Question: Who is the only sitting President to throw out the first pitch on Opening Day in Cincinnati?