The Reds play the Seattle Mariners again, this time on the road in Peoria. The game starts at 4:10 p.m. ET. The radio broadcast is on WLW-700 and streamed online at MLB.tv.

Anthony DeSclafani starts for the Reds.

(I’m in the middle of my fantasy auction, so you’ll have to provide the lineup deep thoughts in the comments section.)

Ã¢â‚¬Â¢ Mark Sheldon (MLB.com) on Alex Blandino and his futureÃ‚Â playing second base for the Reds.

Reds prospect Alex Blandino was a third baseman at Stanford, moved to shortstop after being selected 29th overall in the first round of the 2014 Draft and is now targeted to play second base in the upcoming season.Ã‚Â How optimistic are people about Blandino’s ability to handle second base? He played only 12 games there in 2015 and a handful more in the Arizona Fall League, but was ranked in January as the fifth-best second baseman in the Minors by MLBPipeline.com. 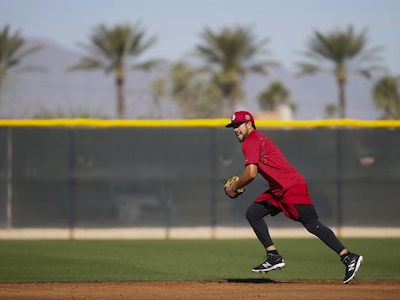 LHP Cody Reed dominated the Mariners in his three innings. Making his third spring appearance and second start, Reed retired the first eight batters he faced before giving up an infield single that nearly took his glove off to his ninth batter. He retired the next batter and left the game after three innings. He gave up just one hit and struck out four.

Ã¢â‚¬Å“I felt good, but in the bullpen I felt kind of off,Ã¢â‚¬Â Reed said. Ã¢â‚¬Å“I was cutting across my body and I tried to slow down and when I finally got out there, it all just kind of came together for me.Ã¢â‚¬Â

Bailey, who was limited to two starts last season before he needed right elbow surgery last May, has been setback free. He will begin the season on the disabled list and likely won’t be ready for a regular-season game until sometime this May.

“We’ve stayed on course,” Price said. “He hasn’t missed anything. He’s thrown fastballs, sliders and splits right now efficiently. He certainly doesn’t look at all like a rehab pitcher at this point in time.” 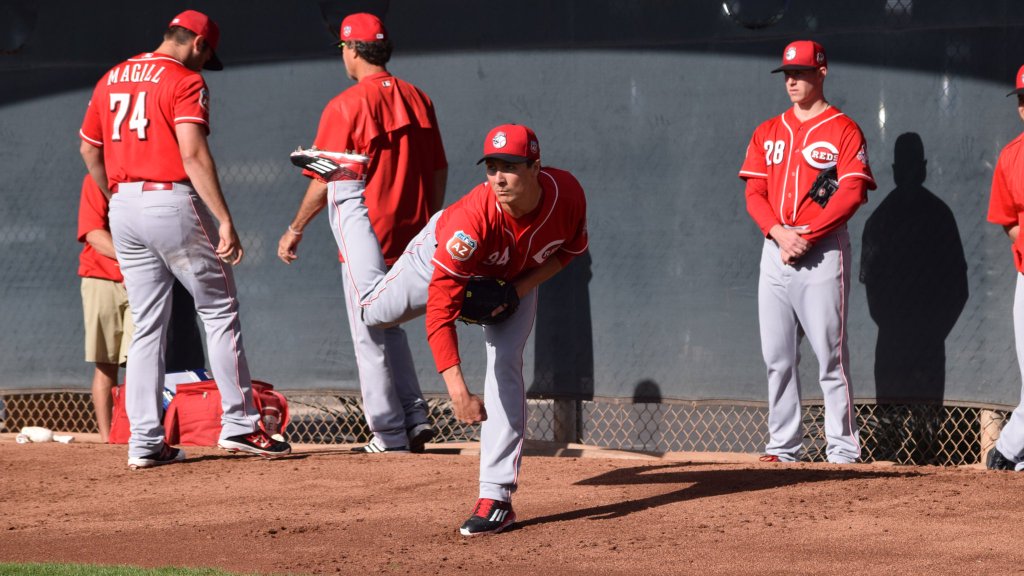 Ã¢â‚¬Â¢ Rosecrans with a longish read on Ivan De Jesus Jr. and his pedigree as a major leaguer.

Even at 12, De Jesus was like he is now Ã¢â‚¬â€ quiet, unassuming, but completely aware. HeÃ¢â‚¬â„¢s aware of whatÃ¢â‚¬â„¢s being said around him and more importantly whatÃ¢â‚¬â„¢s being done around him. De Jesus calls himself Ã¢â‚¬Å“old school,Ã¢â‚¬Â not because of what he says or does, but sometimes more often because of what he doesnÃ¢â‚¬â„¢t say or do.Ã‚Â Like any other workplace, thereÃ¢â‚¬â„¢s a set of expectations for newcomers, rules that can be difficult to fully understand. The best way is by observation, and thatÃ¢â‚¬â„¢s what De Jesus did then and does now.Ã‚Â De Jesus is just 28 and he has less service time to his name than youngsters like Billy Hamilton or Tony Cingrani. But even at 28, he seems older, more mature, a veteran who quietly commands respect.