The Reds head on the road to play the Colorado Rockies. The only broadcast is online radio streaming at MLB.com. The game starts at 3:10 p.m. ET. Here is the lineup:

Starting on the mound for the Reds is Brandon Finnegan.

Jordan Pacheco plays first base today. The Reds like his versatility, particularly that he can catch. That would allay the “what if the catcher gets hurt” concerns and allow Price to use Tucker Barnhart to pinch hit. Watch for the Reds to give Pacheco (30) every opportunity to make the club. Rebuilding!

Brandon Finnegan makes his third appearance, second start of the spring. In three innings he has two strikeouts and no walks.

Ã¢â‚¬Â¢ According to C. Trent Rosecrans (Cincinnati Enquirer), Raisel Iglesias is scheduled to throw a bullpen session tomorrow and will make his first start of spring training on Monday. Hal McCoy reports that Devin Mesoraco may make his first start the middle of next week. McCoy says Michael Lorenzen’s start was pushed back because of “inflammation of his right shoulder” while everyone else is saying it was the pitcher’s elbow.

Ã¢â‚¬Â¢ Mark Sheldon has a detailed update on MesoracoÃ‚Â and hisÃ‚Â progress. The main downside of the catcher not being able to play so far is that he hasn’t worked on taking balls in the outfield.

One thing that will not happen is Mesoraco getting some time to work out in left field. The thought was he could take fly balls and have a fallback position this season for days when he needed a breaking from catching.

“To get him up to speed to be able to play by Opening Day, I think he’s going to have to focus almost completely on the catching stuff,” Price said. “I think the outfield option is something that we will have to look at should there become something we need to be concerned about from a physical standpoint. I don’t have any reason to change my mind on my expectations that he’s going to play and be able to catch. 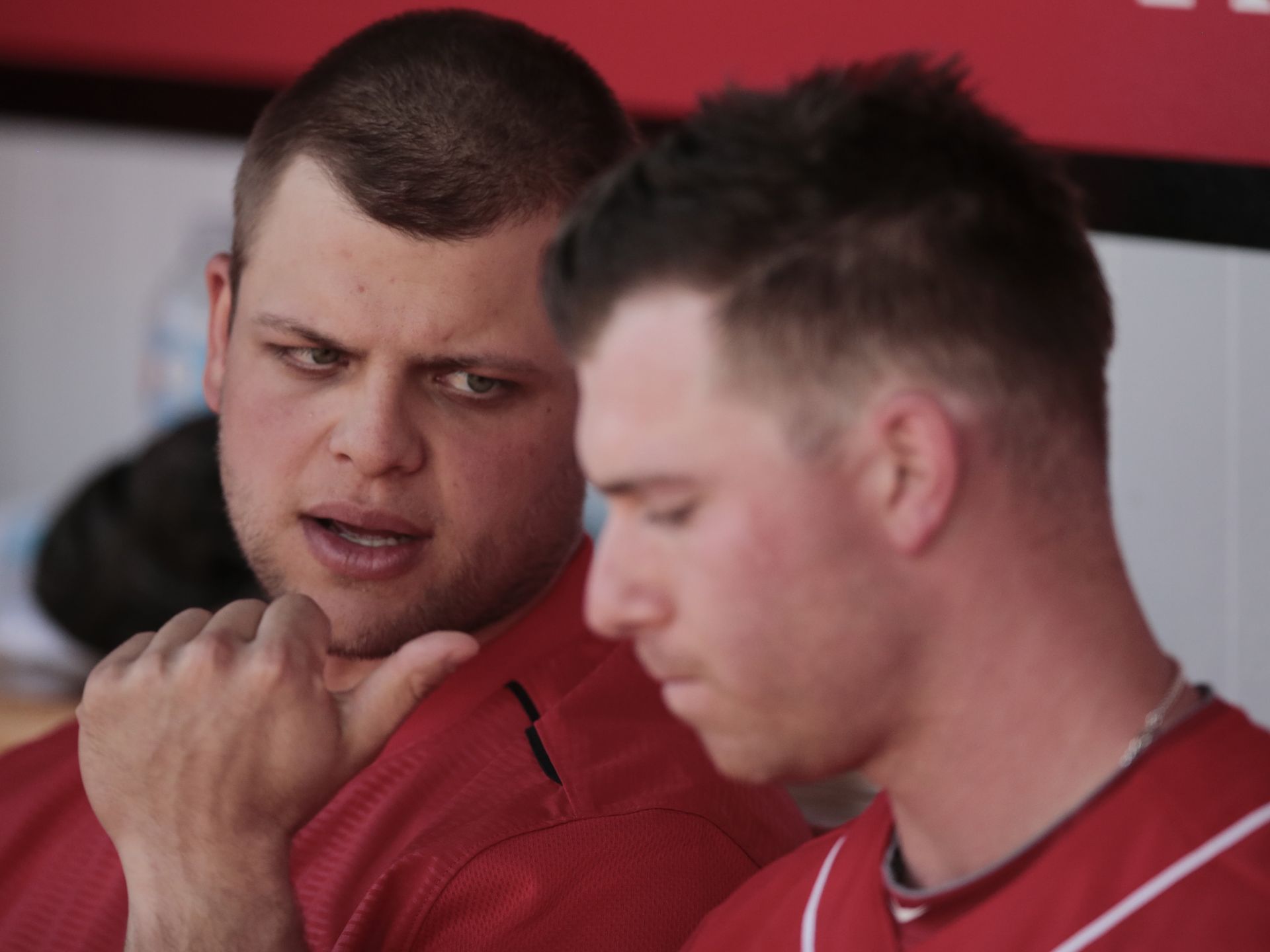 Ã¢â‚¬Â¢Ã‚Â Per Rosecrans, Robert Stephenson, Rookie Davis, Sal Romano and Layne Somsen will pitch on Friday against the Cubs in Mesa. A sell-out crowd is expected:

While pitching in front of a full house at Sloan Field – where Cubs fans have been setting attendance records this spring – wasnÃ¢â‚¬â„¢t part of PriceÃ¢â‚¬â„¢s thinking when splitting the teams for FridayÃ¢â‚¬â„¢s two games, it is a happy byproduct.

Ã¢â‚¬Å“Pitching against the Giants in Scottsdale and Cubs in Mesa, 12,000-15,000 per venue right on top of you, it isnÃ¢â‚¬â„¢t the worst thing in the world for a young guy who is probably going to be tasting some big league time if he performs well,Ã¢â‚¬Â Price said 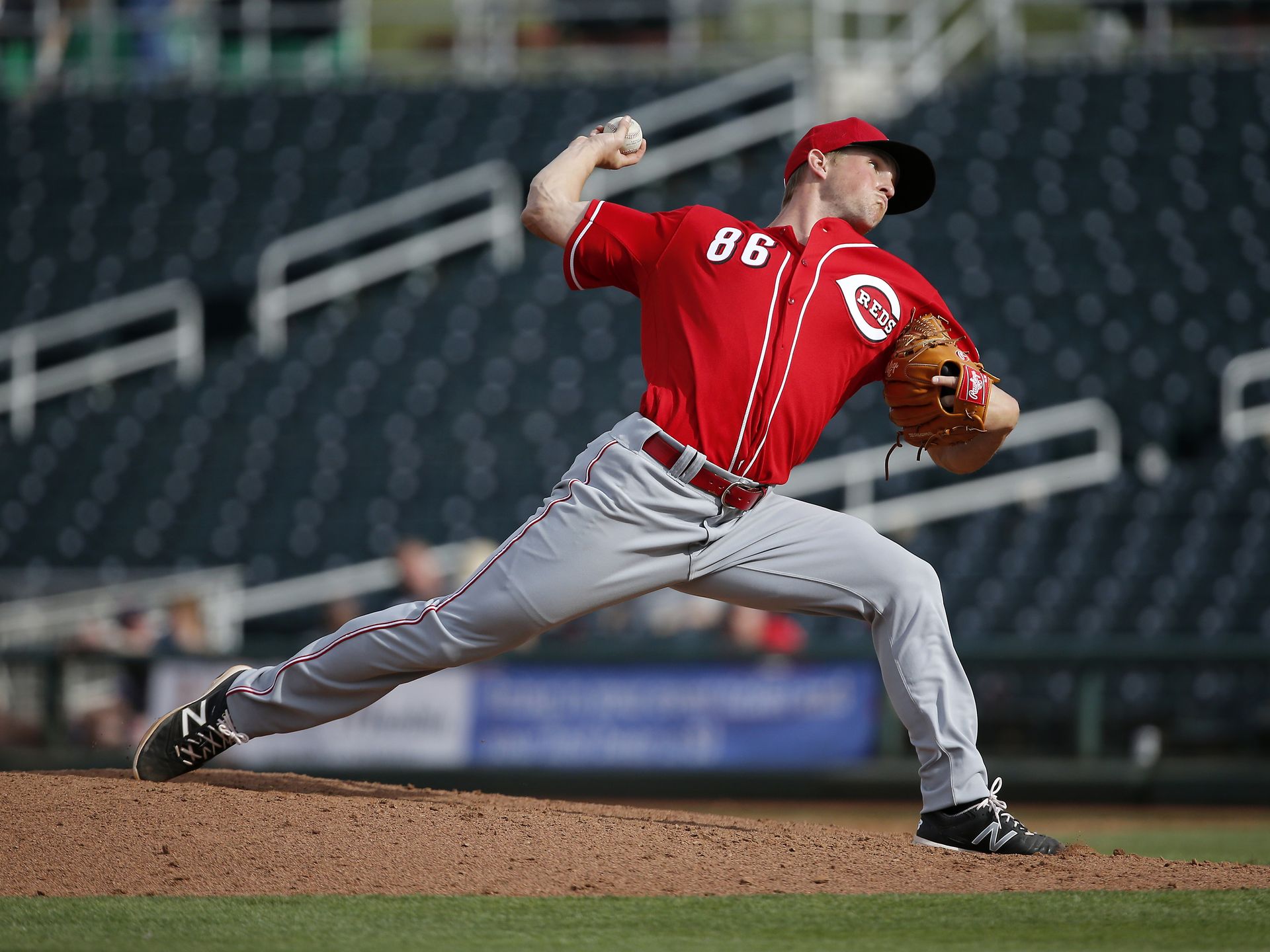 Ã¢â‚¬Â¢ Not Reds related, but a compelling long-read about Bryce Harper in ESPN the Magazine, written by Tim Keown.

Harper wants to elevate his sport’s profile through his play, through his fashion, through the charisma of his personality, maybe even through the fascination with the size of the first free agent contract ($400 million? $500 million?) that he’ll sign shortly after his 26th birthday. Is this a prodigy’s natural urge to innovate or a sign of youthful hubris?

“Endorsements, fashion — it’s something baseball doesn’t see,” he says. “In soccer, it’s Beckham or Ronaldo. In basketball, it’s Curry and LeBron. In football, it’s Cam. Football and basketball have such good fashion.”