Even some longtime Reds fans have forgotten over time about the big one that got away from wearing a Cincinnati uniform — Vida Blue.

In one of his final moves as the Reds General Manager, Bob Howsam traded for the star lefthanded pitcher of the Oakland A’s in December of 1977. Reds fans were ecstatic. Imagine, for a moment, having both Tom Seaver and Vida Blue in your starting rotation.

To get Vida Blue, Howsam traded Triple A first baseman Dave Revering and forked over $1.75 million in cash to the A’s and owner Charlie Finley. Revering was a 6′ 4″, 210 pound lefthanded hitter. If prospects were rated back then, Revering would have been #1 on the Reds list. He was regarded as one of the best power hitters in minor league baseball.

In 128 games for Indianapolis in 1977, Revering hit .300, slugged 30 home runs and drove in 110 runs. A 7th round draft pick for the Reds in 1971, Revering was expendable because the Reds had Danny Driessen playing first base.

But then came a huge roadblock — the Commissioner of baseball. Bowie Kuhn voided the trade. It wasn’t in the best, competitive interest of baseball, according to the Commissioner. $1.75 million in the world of baseball today is chump change. Back then, Kuhn thought it wasn’t. 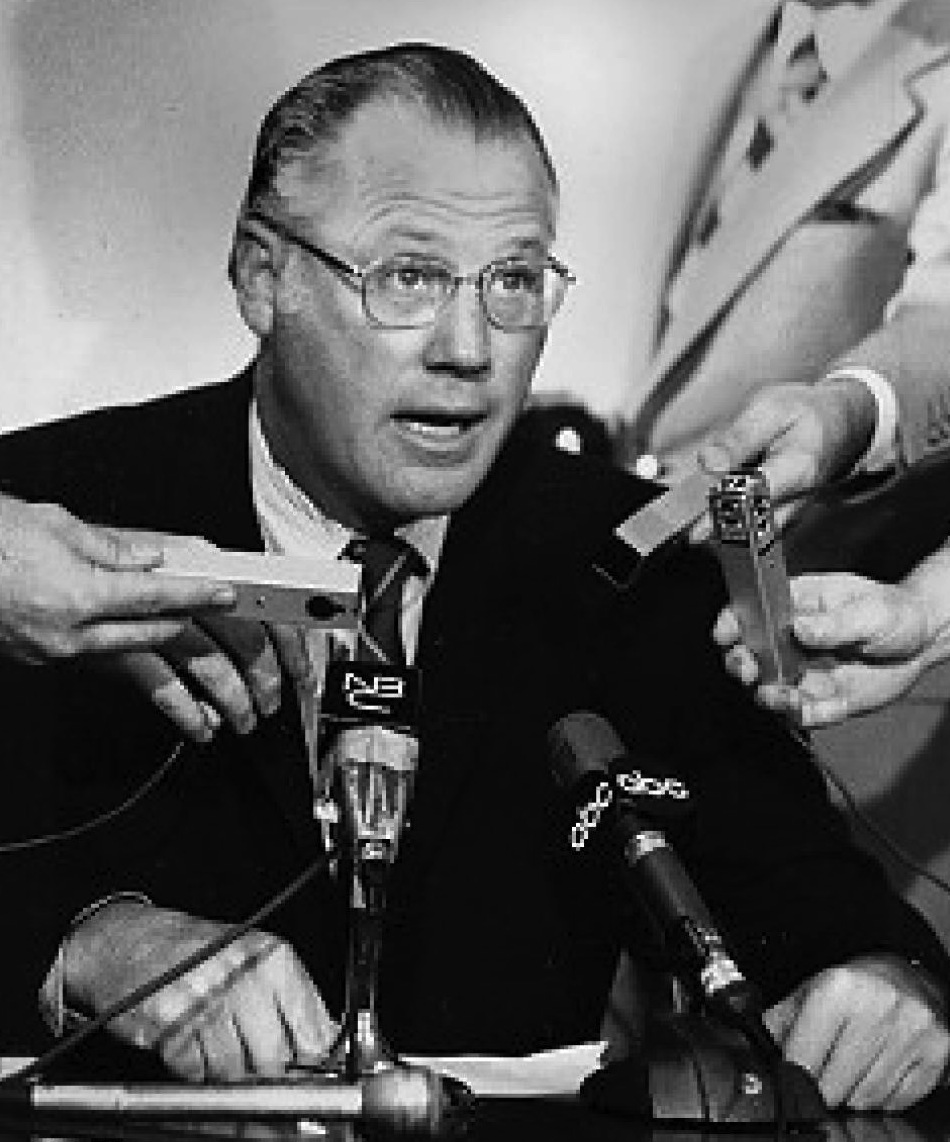 Before going into the details of this bizarre transaction and it’s eventual ramifications for the Cincinnati Reds, some background needs to be covered.

In 1977, the Reds were the defending two-time world champions. But a combination of factors got Cincinnati off to a rough start that season and they quickly fell behind the Los Angeles Dodgers in the NL Western Division.

The first problem was the trade of Tony Perez to Montreal for pitchers Woody Fryman and reliever Dale Murray. Losing Perez, who was the heart of the Big Red Machine, was an intangible that Howsam never foresaw. He later admitted regretting this trade. And while Driessen performed ably at first base and at the plate, the Reds never recovered from trading Tony Perez. Worse, Fryman was a bust. Picked by Sparky Anderson to pitch Opening Day in 1977, Fryman bolted the club and retired in the middle of the season. He left with a mediocre record of 5-5, a bloated earned run average and bitterness towards Anderson. He quit on the Reds, much as Carson Palmer would quit on the Bengals years later.

The pitching staff was also rocked by injuries and ineffectiveness. Aside from Fryman’s problems, Gary Nolan was injured and eventually traded to the California Angels. Jack Billingham’s ERA soared above 5.00. Rawly Eastwick was jettisoned after a contract dispute and problems in the bullpen. Will McEnaney was included in the Perez trade. Due to this, the Reds started the season with an 18-23 record and dug themselves in a deep hole. They never recovered. Cincinnati finished with an 88-74 record, 10 games behind LA.

Hence, Vida Blue. After the 1977 season, Howsam shipped Fryman to the Cubs when he was willing to come out of retirement if traded and the Reds got back Bill Bonham, a righthanded hurler for Chicago. Oakland had finished dead last in the AL West and their dynasty had been completely dismantled by Finley. He traded most of his stars for cash and the Oakland Super Store was still open for business. 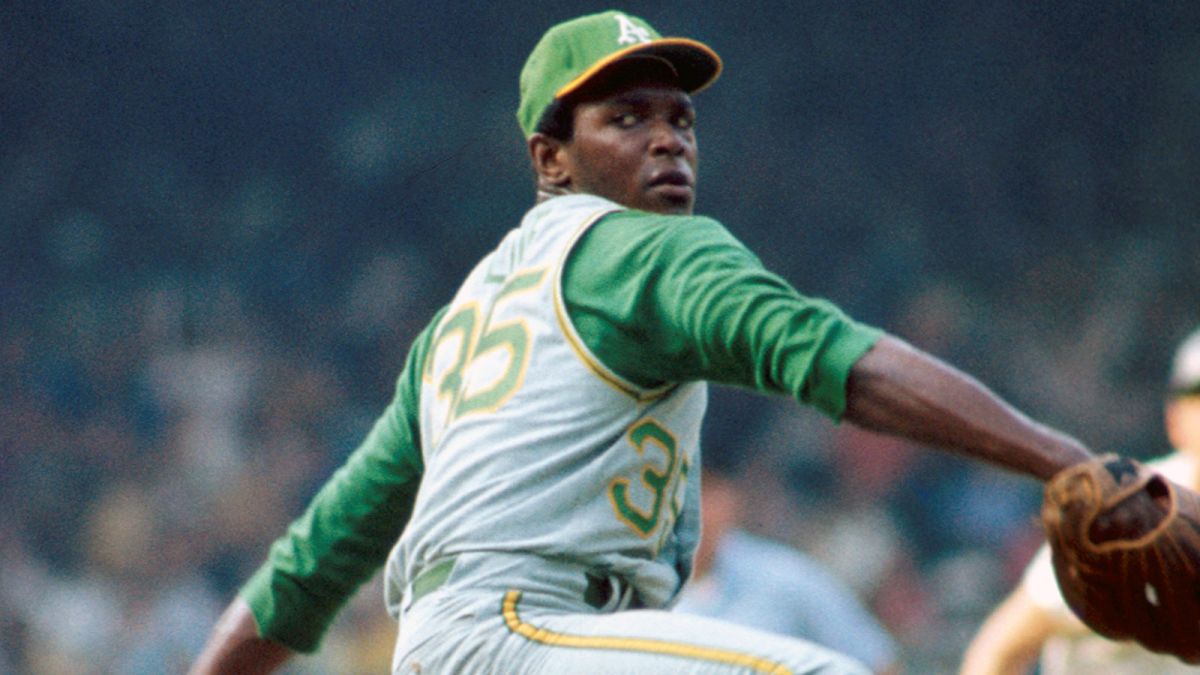 Blue burst on the baseball scene in 1971 when he finished with a 24-8 record for Oakland, He tossed 8 shutouts and fashioned an ERA of 1.82 for that year. In 1973 and 1975, he again was a 20-game winner. For Oakland in 1977, Blue was 14-19 but he had an ERA of 3.83 and struck out 279 batters. The feeling in Cincinnati was that Seaver and Blue (who was 29 years old that season) would give the Reds a magnificent 1-2 punch. Bonham, Fred Norman and young pitchers Tom Hume and Paul Moskau would round out the rotation, Getting Blue had a huge upside for the Reds.

Revering would be the trade bait, since there was no room for him. The Yankees coveted him but Howsam set his sights on Vida Blue. And on December 9, 1977 the trade was consummated.

Bowie Kuhn set up a hearing about the trade before rendering his verdict. Howsam, Finley and Players Association President Marvin Miller all spoke on how the trade complied with major league standards. The hearing lasted six hours. Kuhn didn’t budge. The trade was null and void.

The ramifications were deep. In 1978, Seaver (16-14) Bonham (11-5) and Norman (11-9) pitched well but the staff wasn’t deep. Joe Morgan missed 30 games with injuries. Johnny Bench missed 42 games. Between injuries and the sub standard staff, Anderson somehow improved the won-loss record to 92-69 but the Reds lost to the Dodgers again by 2 ½ games.

Vida Blue? Oakland traded him before the 1978 season started to the San Francisco Giants for Gary Alexander, Gary Thommason, Dave Heaverly, Alan Wirth, John Henry Johnson, Phil Hoffman, $300,000 in cash and the proverbial player to be named later. Kuhn signed off on this one.

Vida Blue finished with an 18-10 record for the Giants that season with an ERA of 2.58, pitching 258 innings. He started the NL All Star Game that season. And you can’t help but feel that if he had pitched 200-plus innings for Sparky Anderson, that 2 and Ã‚Â½ game deficit to the Dodgers might have been made up.

One other quirk: After Howsam retired on February 15, 1978, new General Manager Dick Wagner traded Dave Revering and cash to — you guessed it — the Oakland A’s, getting relief pitcher Doug Bair in return. Bair had a great year for the Reds in ’78, fashioning a 1.97 ERA and 28 saves out of the bullpen. 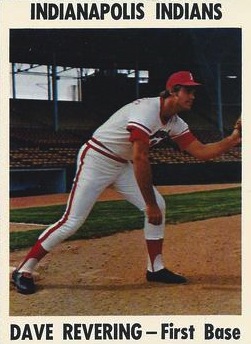 Dave Revering, the can’t miss star, had a good, but not great, season in Oakland. In 152 games for the A’s, Revering batted .271 (OBP .303) hitting 16 home runs and knocking in 46 runs. His second season was marginally better but then Revering hit a wall. His power numbers declined and his batting average stagnated. Oakland traded him to the Yankees in 1980 and he played for two other teams after that, retiring in 1982.

The bigger question is who would have been more valuable to the Reds — Doug Bair as a closer in 1978 or Vida Blue as a potential starter? Pedro Borbon led the 1977 Reds with 16 saves. In 1978, six Reds pitchers earned saves besides Bair — Dave Tomlin, Hume, Borbon, Murray, Moskau and Manny Sarmiento. How would Sparky have juggled his bullpen that season minus Bair? Or did Howsam also have a plan to go after Bair or another reliever?

Having Seaver and Blue anchor a pitching staff would have been incredible. But even more incredible was how Bowie Kuhn used his powers to block a major trade. The return that Oakland got from the Giants was good in numbers but lacked talent. They got more out of Dave Revering in three years than the total haul collected from San Francisco.

Worse yet, want to talk about “competitive balance”?

Take a look at the state of baseball today.