The Reds just announced that they are promoting assistant general manager Dick Williams to general manager. Walt Jocketty will remain as President of Baseball Operations. 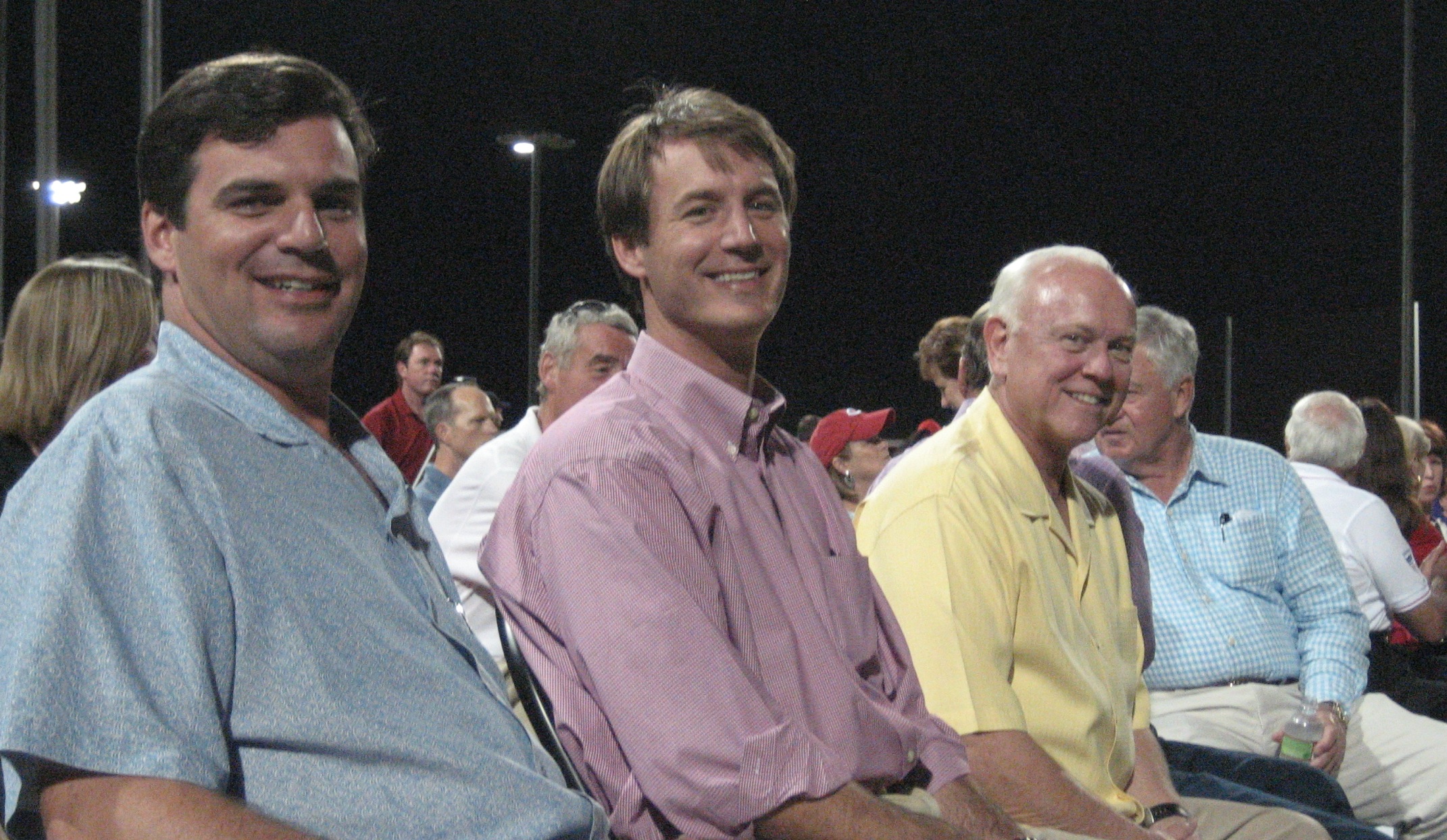 Williams is 44 years old and has worked for the Reds for 10 years. Last year was his first as assistant GM.Ã‚Â Walt Jocketty referred to Williams’ promotion as a succession plan. Jocketty, who will be 65 by Opening Day, has one more year on his contract with the Reds.

Reasons for optimism: The first upside of today’s move is that someone other than Kevin Towers is next in line. The Reds have hired a youngish assistant GM. This transition might be a kinder, gentler version of the one Milwaukee just made with their former GM Doug Melvin. The Brewers gave Melvin the title of President of Baseball Operations and let the world know they were looking for a younger, more analytics-oriented GM to run the club. They hired 30-year-old David Stearns. There is reason to believe that Williams is more inclined towards analytics. Doug Gray found this in the Reds 2015 Media Guide bio of Williams: 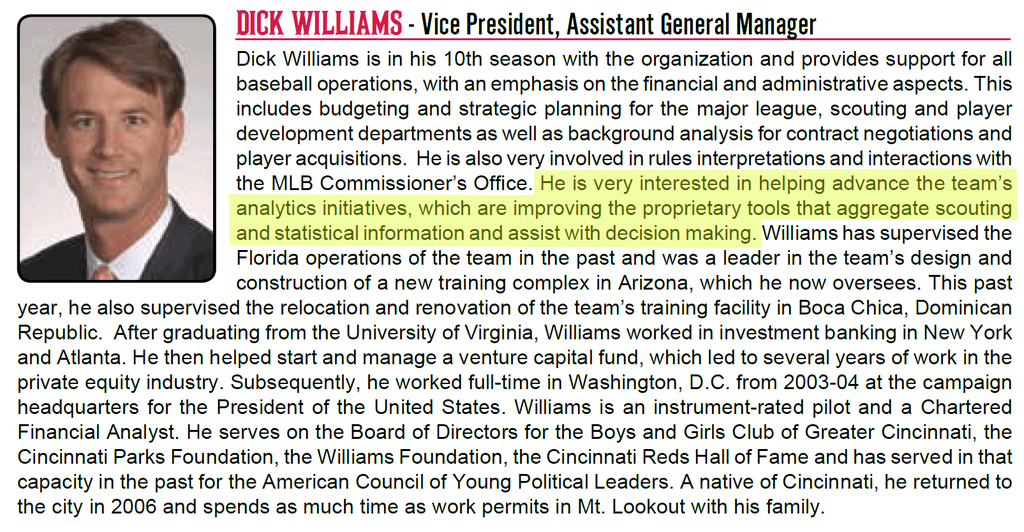 You can hear a long Q&A with Dick Williams answering questions about the Reds on when he was the guest of C. Trent Rosecrans. That took place before he had become assistant GM, when his focus was more on the business side. His background was private equity and investment banker out of college. He allows himself to be described as having a “sabermetric bent” and didn’t mention the name Willie Taveras at any point in the hour.

On the downside: The Reds have once again hired from within. More inbred thinking. More narrowness in vista. No (apparent) search for talent from beyond the insider-friendly confinesÃ‚Â of Joe Nuxhall Way. Williams benefitted from preferential treatment with the Reds on day one. He got his first job with the Reds because his father and uncle bought part ownership of the club in 2006. “I didn’t deserve the job at the time.” (9:47 mark of audio)

Bottom Line #1:Ã‚Â Whether or not Jocketty keeps his grip on decision-making this year, we have a pretty good idea of who will be calling the shots a year from now. In the abstract, this is progress — a more open-minded analytical person in place.

Bottom Line #2: We have no idea whether Dick Williams has shown promise to be a great major league general manager or whether he has simply risen to the top of a small pond of nepotism. Let’s hope it’s the former. It looks like the Reds future will depend on it.

[Update: It’s clear from the flurry of interviews this afternoon that what happened is the Reds chose their leader for 2017 and beyond. Today’s announcement is not about change in the way the team will operate in 2016. Both Jocketty and Williams have said that 2016 will be more of the same. But what the Reds did do is tap the guy who is going to follow Jocketty as their #1. That’s the real news today.]