The Cincinnati Reds (63-95) will try to avoid being swept in their final home series of the year by the Chicago Cubs (93-65). The Reds are currently on a season high 11-game losing streak, which is their longest losing streak since 1998. The Reds now have the second worst record in baseball, only trailing the Philadelphia Phillies (61-97).

Programing Alert:Ã‚Â today’s 12:35 game is not being televised by FSN-Ohio, but you can catch the Cubs broadcast on the MLB Network.

John Lamb hasn’t got the results he has wanted, but he is striking out a ton of batters. If you were wondering just how good 10.40 K/9 exactly is, there are only five qualifying pitchers in the MLB with a K.9 of 10.00+ (Sale, Kershaw, Archer, Scherzer, and Carrasco). That certainly gives some optimism about Lamb moving into 2016.

Lamb had a terrific start against the Cardinals on the September 21st (6.0 IP, 5 H, 0 R, 1 BB, 6 K), but his last start was a disaster. On Saturday against the Mets, Lamb lasted just 2.0 innings, allowing 5 ER, including 2 HR. Things really fell apart early for Lamb, as he gave up grand slam in the first inning to Lucas Duda. I am sure Lamb would love to put that behind him, and finish 2015 on a high note.

This will be Lamb’s first career appearance against the Chicago Cubs.

Jason Hammel has had a pretty solid year for the Cubs. His ERA and FIP are just above league average. Hammel would most likely pitch in Game 2 of the NLDS if the Cubs are able to get past the Pirates in the wild-card game.

Votto and Frazier are back in the Reds lineup. Tyler Holt gets his second consecutive start in CF. Holt reached base twice in his Reds debut yesterday. Holt had a very impressive .416 OBP in 428 PA between AA and AAA last year, and had a .386 OBP in 431 PA in AAA this year.

Kris Bryant gets the day off for the Cubs, which has to make John Lamb happy. Javier Baez gets the start for the Cubs in his spot, and he is a guy to watch. Baez hit .350/.404/.560 against LHP at AAA this year. 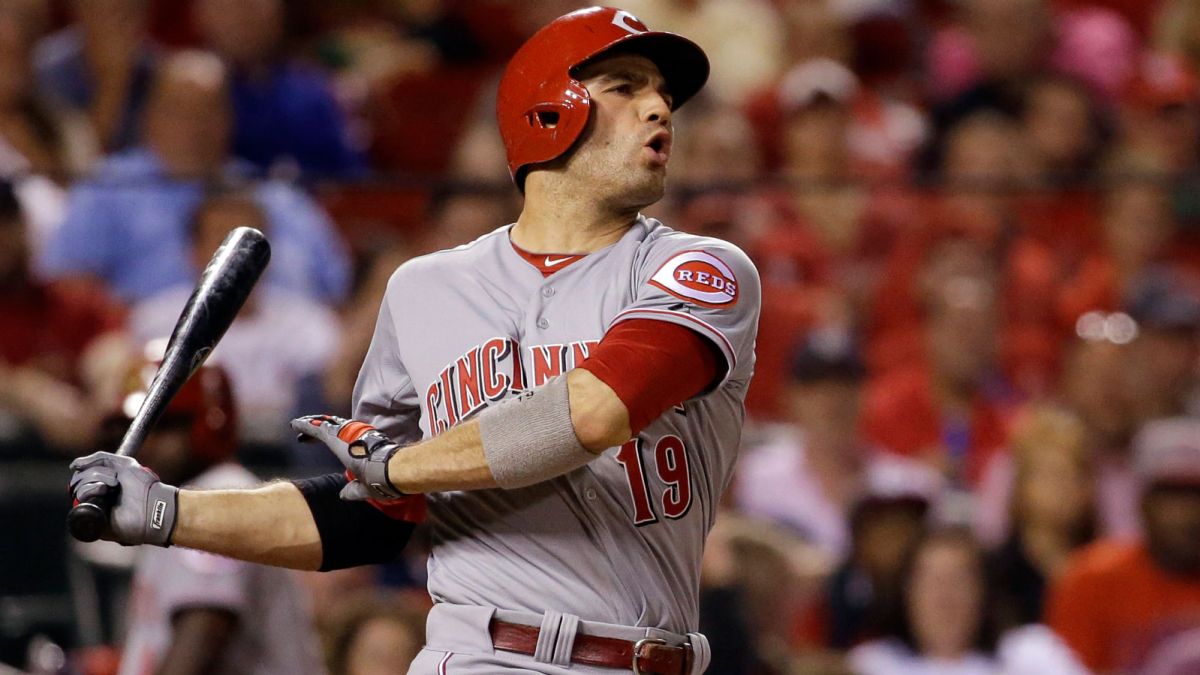 Joey Votto’s 46-game on-base streak was put in limbo last night, after he was out of the lineup because of a muscle spasm. It may have been a good thing for Votto’s streak to get the night off against the tough left-handed pitching Jon Lester. Here are the numbers Joey is chasing:

1. Longest on-base streak in Reds history: Pete Rose currently holds the record at 48 (1978), while Votto is tied for the second longest streak at 46 with once again Pete Rose (1975).

2.Ã‚Â Most times on base in a season in Reds history:

3.Ã‚Â VottoÃ¢â‚¬â„¢s 46 game on-base streak is tied with Matt Holliday (2014) and Michael Cuddyer (2013). If Votto reaches base today, he would have the longest streak in the MLB since Kevin Millar (Red Sox) reached base in 52 consecutive games in 2007. 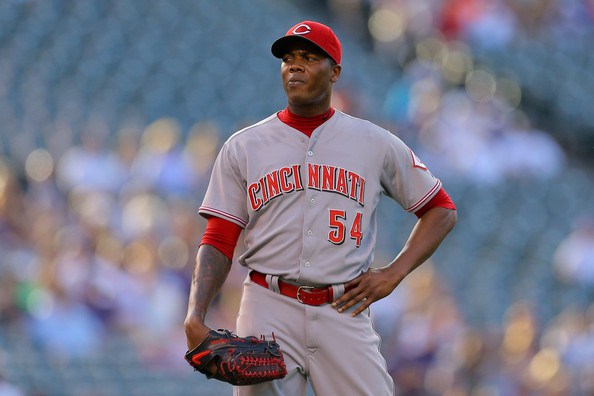 Today marks the two year anniversary of Aroldis Chapman not being used in the Reds do-or-die, one-game, single-elimination, wild-card game (thanks toÃ‚Â @dlanzillottaÃ‚Â for pointing this out!). In honor of that, here are some numbers about the Reds insanely poor usage of the Cuban Missile:

The combination of a Reds loss last night and a win by the Atlanta Braves put the Reds into position for the #2 draft spot in 2016. The Reds are almost certain of at least a top 3 draft pick, but they are only 2.0 games behind the Phillies for the #1 spot. So you can make a case that these final four games are actually pretty important for the Reds.

The Reds certainly don’t want to finish the season getting swept at home by the Cubs. That would not be good. Although a #1 draft pick sure looks good……Go Reds!