It’s not much of a secret that Anthony DeSclafani has out-pitched Mat Latos this year – by a lot. The two pitchers were traded for each other in the offseason. In fact, only one of the twoÃ‚Â has a job.

What most observers don’t realize is that since the Reds-Royals deadline trade, John Lamb has out-pitched Johnny Cueto. Whether your favorite measure is ERA, FIP, xFIP, SIERA or K-BB%, Lamb has out-performed Cueto since the four-player deal. Get this, Cueto’s strikeout rate with KC is 16.6 percent and Lamb’s is 25.5 percent.

John Lamb silenced the Cardinals bats through six innings tonight, giving up 5 hits and a walk, while striking out six. That follows 5 shutout innings by Lamb against the Cardinals a couple weeks ago. The Reds led 1-0 when he left the game. Lamb has pitched 43 innings for the Reds with 48 strikeouts and 14 walks. You have to think he’s a leading contender for the 2016 starting rotation.

Manny Parra came in the seventh inning with a runner on third and one out. He struck out Matt Holiday and retired Matt Carpenter to preserve the 1-0 lead.

The Cardinals scored twice in the eighth inning on a triple by Tommy Pham, a single by Jhonny Peralta and a double by Stephen Piscotty, all off J.J. Hoover. Meanwhile, Aroldis Chapman warmed up in the bullpen. He’ll be rested for tomorrow. 2-1 Cardinals. Another low-scoring win for the Birds. 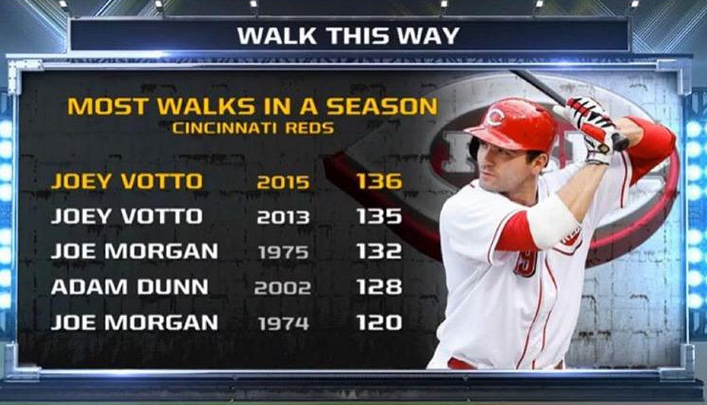 Votto’s single in the first inning extended his consecutive game on-base streak to 38. His personal best is 41.

Dating back to the previous series in St. Louis, the Reds pitchers shut out the Cardinals for 29 consecutive innings at Busch Stadium.

Tie ballgame. ItÃ¢â‚¬â„¢s the first run for the Cardinals at Busch vs the #Reds since Kolten WongÃ¢â‚¬â„¢s grand slam against Raisel Iglesias on July 27