The Pirates have won 6 of their last 7 games, and are now just 2.5 games back in the NL Central. There could be a really fantastic finish in the NL Central over the final three weeks of the season.

The Cubs are going to make the playoffs for the first time since 2008. They haven’t officially clinched, but they are up 7.5Ã‚Â games on the San Francisco Giants with just 20 games to play. The Cubs magic number is 13. The Cubs have reached a 100% chance or making the playoffs according to Fangraphs.

Last week, we discusses the concerns over Kyle Schwarber and his injured rib cage. Schwarber put those worries to rest on Friday night in Philadelphia. Schwarber hit two absolute bombs on Friday night. He did however slip on first-base, which his teammates definitely enjoyed. 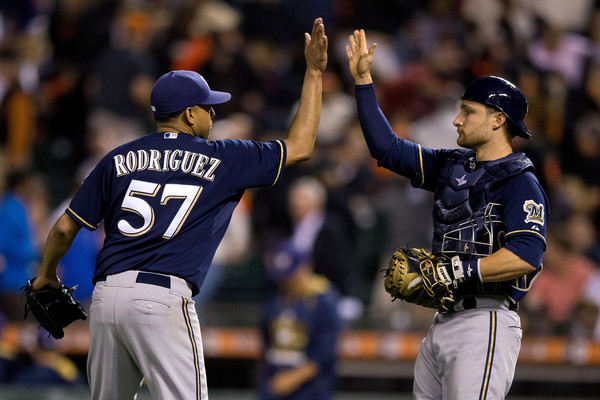 The Brewers were officially eliminated from the postseason with a loss on Sunday. The Brewers have lost 5 of 6, and are now feeling the heat of a potential last place finish in the NL Central. The Reds have surprisingly got hot, and are now just 1.5 games behind the Brewers.

The Brewers did something cool this past week when they called up former Reds farm-hand, Nevin Ashley. The catcher, Ashley has spent 10 years in the minors without reaching the majors. Ashley assumed when AAA manager Rick Sweet came to see him after the final game that he was wishing him a good off-season, but instead he was called up. Ashley has gone 1 for 7 for the Brewers. 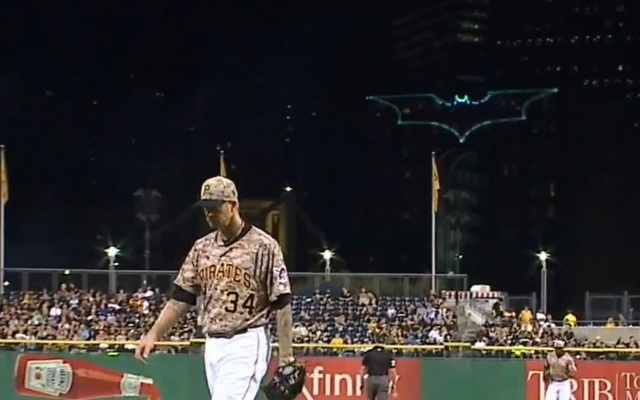 Here come the Pirates. They have won 5 of 6, and are right back in the NL Central race.

A.J. Burnett made his return to the Pirates rotation on Thursday. Burnett allowed three runs in 5.0 innings. It was the first time Burnett had pitched since July 30th. The Pirates made a cool gesture for Burnett too, as they put up the bat signal in a building you could see from the stadium

The Pirates will have a very tough week as they try to case the Cardinals. They play four games against the Cubs (including a doubleheader on Tuesday), and three games at the Dodgers.

Injuries just might finally be catching up to the Cardinals. It was just one series, but the Cardinals looked like an exhausted team as they lost 3 of 4 in Cincinnati over the weekend.

The Cardinals third-string catcher, Cody Stanley was suspended for 80 games for a second positive PED testing.