The Cardinals may have lost two of three to the Pirates at home over the weekend, but they still hold a comfortable six game lead in the NL Central over the Pirates. The Cubs swept the Diamondbacks over the weekend, and are now just three games behind the Pirates for the first wild-card spot. Meanwhile, the Reds and Brewers were officially the first two teams in the MLB who were eliminated from winningÃ‚Â their division. 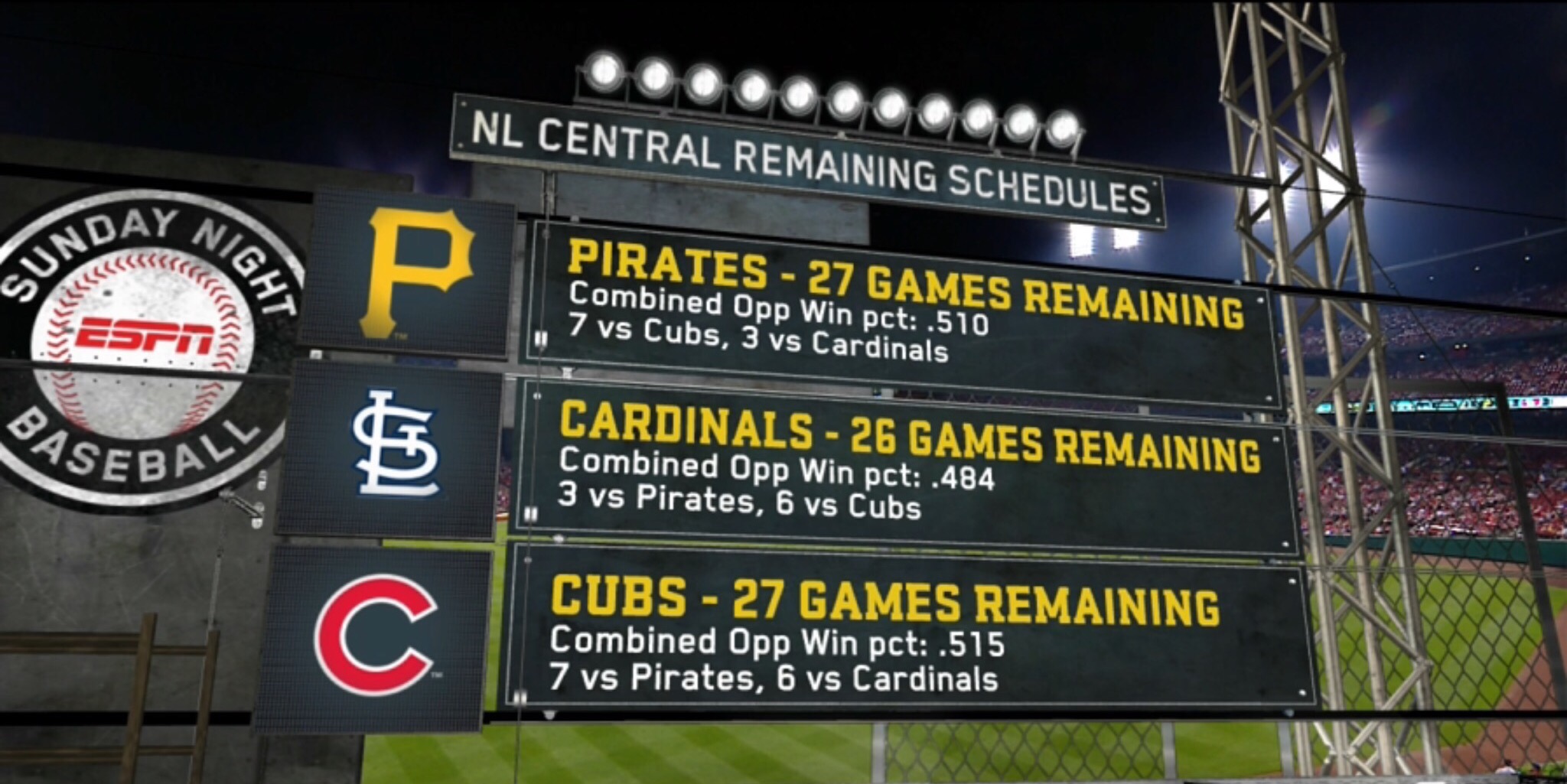 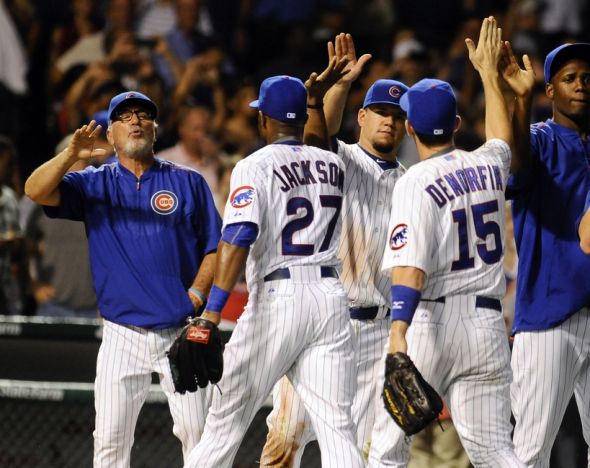 The question really is who will start for the Cubs in the wild-card game against the likely Pittsburgh Pirates and Gerrit Cole. Joe Maddon will have the tough decision of going with the postseason experience of Jon Lester (who pitched in the WC game last year) or his Cy Young candidate Jake Arrieta.

The Cubs acquired outfielder Austin Jackson from the Mariners in the final day of the waiver-trade deadline. Jackson is far removed from the five-win player back in 2012 with the Tigers, but he does provide the Cubs with some nice depth in the outfield. Jackson is hitting .271/.314/.385 with a 97 wRC+. Jackson is a solid defender though, as he has 47 career Defensive Runs Saved.

The move for Austin Jackson couldn’t have come at a better time. Jackson started in RF in each of the last four games because Kyle Schwarber has been out since Wednesday with a rib cage strain. It is unclear when he will return.

Addison Russell has taken over as the everyday SS for the Cubs, with Starlin Castro moving to second base. Javier Baez came up from AAA this past week, and had a big three hit game on Friday night. Maddon is going to mix and match at 2B for right now. Over the last six games he played Castro, Baez, La Stella, Baez, Castro, and Baez at second base. 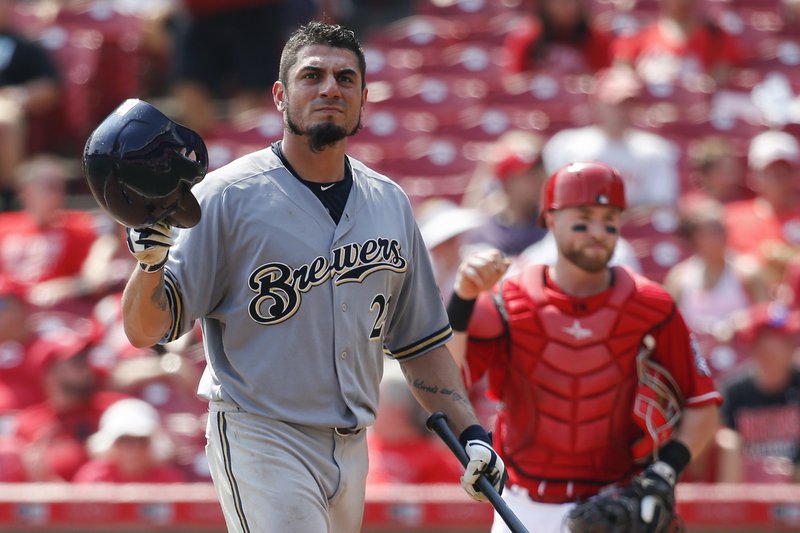 The Brewers were officially eliminated from the NL Central with a loss on Sunday afternoon in Cincinnati. The Brewers took 2 of 3 over the weekend from the Reds, and now have a 3.5 game lead over them for 4th place in the NLC. The bad news is that the Brewers have fallen out of a top 5 draft pick in 2016, and would now have the 7th pick if the season ended today.

The Brewers decided to shut down the struggling Matt Garza (5.63 ERA/4.95 FIP) for the season, and he was not happy about it. 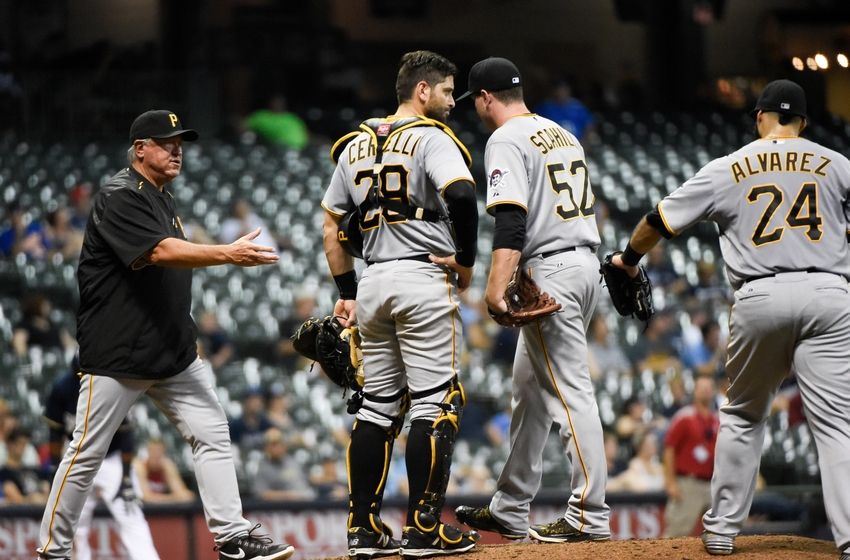 The Pirates took 2 of 3 from the Cardinals in St. Louis over the weekend, but they still find themselves 6.0 games back in the NL Central. The Pirates wereÃ‚Â inexplicably swept by the Brewers earlier in the week. The Pirates are now a combined 12-19 against the Brewers and Reds this season.

The Pirates could be getting a big boost, as A.J. Burnett is trying for a mid-September return. Burnett hasn’t pitched since July 3oth, but he has a 3.06 ERA and 3.13 FIP in 21 starts this season.

The Pirates also won their 81st game of the season on Sunday night. That means for the third straight season the Pirates will finish with a non-losing season. That is pretty cool for a team that had 20 consecutive losing seasons prior to that.

The Cardinals may have lost a series at home to the Pirates over the weekend, but they have to feel good about being 6.0 games up with 27 games left.

The Cardinals suffered yet another injury, as Lance Lynn suffered a mild ankle sprain. Lynn was scratched from his start over the weekend. The injury doesn’t appear to be too serious, which is good news for the Cardinals considering Lynn could be their Game 1 starter in an NLDS series.

If Matt Holliday is able to return, Mike Matheny is going to have “one of those great problems to have.” Matheny will have Matt Holliday (131 wRC+), Jason Heyward (113 wRC+), Randall Grichuk (141 wRC+), Stephen Piscotty (149 wRC+), Thomas Pham (97 wRC+), Jon Jay (57 wRC+), and Peter Bourjos (73 wRC+) to fill three outfield spots. Matheny would likely go Holliday, Grichuk, and Heyward, but he is going to have one great bench in the postseason.