Given the powerful forces driving up the number of ulnar collateral ligament injuries, it’s welcome news that a surgical procedure is available to repair them. That wasn’t always the case. Thanks to the collaboration of two remarkable men, a professional pitcher and a team orthopedic surgeon, UCL reconstruction surgery has transformed an injury that was once a career death sentence to one where the vast majority of pitchers return to competition.

Tommy John almost didn’t pursue a career in professional baseball. The top athlete from Terre Haute’s Gerstmeyer High School was better known in his teenage days as a basketball player. Adolph Rupp, who by then had coached four national championship teams, visited John’s home to recruit him to play for the University of Kentucky. But big league scouts loved Tommy John’s curveball and Tommy John thought he was better suited for the baseball diamond. So instead of heading to the Bluegrass, the young lefty signed with Cleveland to play pro baseball in 1961. 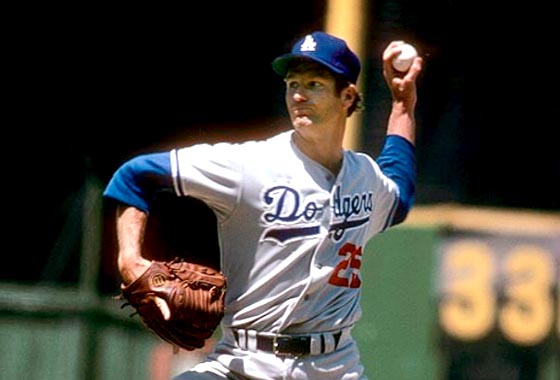 John debuted with Cleveland in 1963 at the age of 20, joining a pitching staff that included 23-year-old Luis Tiant. After two years, he was traded to the Chicago White Sox where he pitched for seven years. In 1972, the soft-tossing sinker-baller was traded to the L.A. Dodgers.

On July 17, 1974, Tommy John was pitching in the third inning against the Montreal Expos when he felt something pop in his elbow.

“Right at the point where I put force on the pitch, the point where my arm is back and bent, something happened,” John told Ron Firmite of Sports Illustrated. “It felt as if I had left my arm someplace else. It was as if my body continued to go forward and my left arm had just flown out to right field, independent of the rest of me.”

Dr. Frank Jobe was born in Greensboro, NC the son of a postman. Jobe joined the Army out of high school during World War II. At the age of 18, he was an army medic serving with the 101st Airborne during the Battle of the Bulge and was briefly captured by the Nazis before escaping. For his heroism, Jobe earned several medals include the Bronze Star. 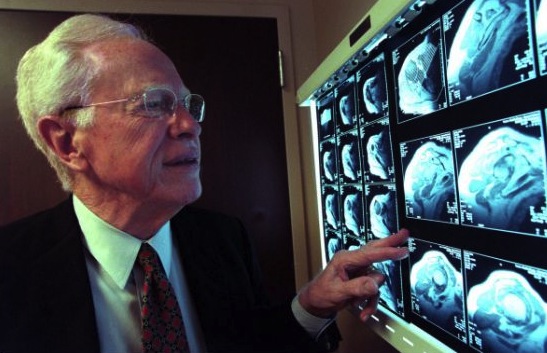 When Frank Jobe returned from the war, he enrolled in junior college in Tennessee before transferring to La Sierra University in California. He attended medical school and did his residency in California, where Jobe met Dr. Robert Kerlan, who was then the L.A. Dodgers physician. The two men formed the Kerlan-Jobe Orthopaedic Clinic. In 1968, Jobe took over as the Dodgers physician and held the job of medical director with the club until 2008.

In addition to blazing the trail for elbow surgery, Dr. Jobe pioneered a shoulder procedure that allowed Orel Hersheiser to pitch ten more years. He also developed a protocol for shoulder strengthening, now called the Thrower’s 10 or Jobe Exercises, that has reduced the number of rotator-cuff injuries.

Frank Jobe was in attendance at the game when Tommy John felt his elbow pop.

X-rays on Tommy John’s elbow after the pop were inconclusive. A specialist advised “rest and home therapy. After abstaining a month from baseball activity, Tommy John tried to throw batting practice and was unable to reach home plate.

Pitchers generally didn’t consider returning to baseball after arm surgery. Arthroscopy wasn’t the common, relatively non-intrusive sports procedure it is today. When you went “under the knife” your baseball career was believed to be over. At least until 1974 and Tommy John. 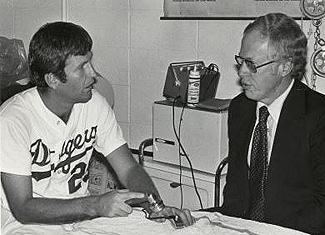 The procedure itself wasn’t revolutionary. Transplanting tendons from one part of the body to replace torn ones elsewhere had been performed, just not often on the elbow since people in the general population didn’t put that much stress on their UCL.

Both men deserve credit for doing something that had never been done before. But the significant breakthrough related to that particular surgical procedure was Tommy John’s determination to return to his career. Dr. Jobe estimated that John had a 1 percent chance. But Tommy John was determined to defy his surgeon’s odds to became the first player to undergo UCL reconstruction and return to the major leagues.

On Friday, April 16, 1976, at age 33, Tommy John took the mound at Dodger’s Stadium and threw four shutout innings before giving up three runs in the fifth. (The Dodgers center fielder and #3 hitter was Dusty Baker.) John pitched until the age of 46 and earned 164 of his 288 career wins after his unprecedented surgical recovery.

Since then, the Tommy John surgery has been performed on the elbows of baseball players thousands of times.

Ulnar collateral ligament reconstruction itself isn’t complicated. The elbow itself is a fairly simple joint. If you time the initial incision with the first pitch of a baseball game, the UCL would be replaced and the surgery finished by the end of the third inning.

The first step is for the surgeon to harvest a healthy tendon from the patient’s body (more on that in a minute). A tendon is a fibrous tissue, similar to a ligament except they have different jobs. Tendons connect muscles to bones while ligaments connect bones to each other. They are made of dense collagen fibers and in a variety of sizes.

The replacement or donor tendon is cleaned and cut to size. The surgeon then cuts an incision on the inside of the elbow joint and drills holes in the humerus (upper arm) and ulna (forearm). The donor tendon is woven two or three times through the holes in a looped figure-8 pattern as close to the old ligament as possible. The damaged ligament can remain or be removed. 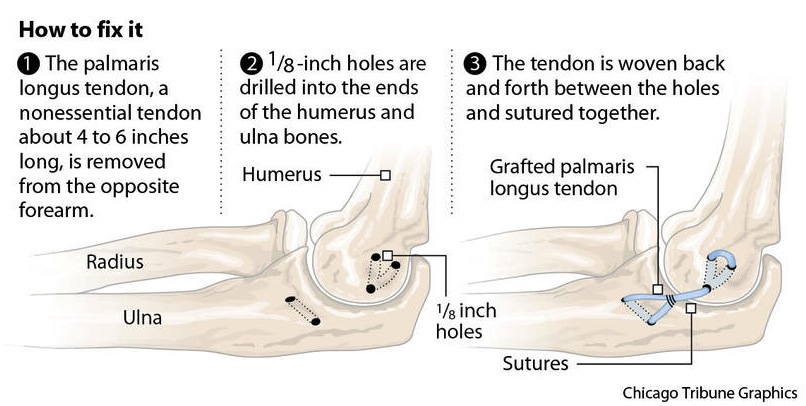 The long ulnar nerve (the funny bone) runs through that area. Surgeons must check to make sure the nerve doesn’t become trapped by the reconstruction, a common complication of the surgery. Tommy John himself required a second corrective surgery to address it. Whether the surgeon moves the nerve as a matter of standard procedure or leaves it alone, if it looks fine, depends on the preference of the individual doctor.

The standard replacement tendon, called the palmaris longus, comes from the opposing wrist. Surgeons choose that tendon because of its minimal function. The palmaris longus is so irrelevant that it is missing in 15-20 percent of the population. Dr. Jobe knew that tendon was often used in hand reconstructions, so that’s what he selected for Tommy John. 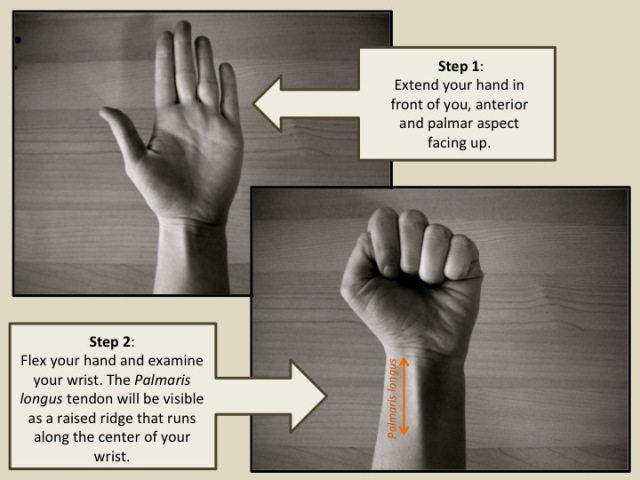 When patients don’t have the usual replacement tendon, organ donors can be used, although the patient’s own tissue is preferred due to concerns over rejection. Orthopedic surgeons now often opt for hamstring tendons, which are thicker and stronger than the palmaris longus.

Researchers are experimenting with engineered, non-biologic transplants, like fibers made from Kevlar. They are called exografts, meaning they aren’t from the patient’s body. Exografts are often used in veterinary medicine or with humans who are not athletes.

In 2013, less than a year before he passed away, the Baseball Hall of Fame honored Dr. Frank Jobe for his profound contribution to the sport. The late college basketball coach and broadcaster Al McGuire said that “surgery and war” were the only times winning was really important. Today, the arms and playing careers of thousands of young baseball players have been saved by UCL reconstruction surgery. It doesn’t take Charlie Sheen to figure out that Dr. Frank Jobe and Tommy John have been responsible for a lot of winning.