Rumors have circulated for a few months that Barry Larkin is in line to replace Bryan Price as manager of the Cincinnati Reds. The added bit of news last week was that #11 has been reaching out to former teammates about coaching for him. It’s hard to imagine Larkin would be assembling a staff if the Reds hadn’t already talked to him (or winked) about the manager job.

[No matter what one thinks of the job Bryan Price has done, he and his staff deserve better. It’s disrespectful for the Reds to be talking to replacements during the season while Price is still employed. And it’s unseemly (and a worrying sign) for Larkin to allow rumors of his communication with possible replacements to become public. This could have waited. Add it to the litany of unprofessional business practices by the Reds baseball people.]

[And I’m against the Larkin hire for substantive reasons. I agree with Doug Gray’s thinking (“gigantic mistake“). Larkin has no significant managerial or coaching experience. He has no proven track record for motivation, organization, patience, game strategy or openness to new ideas. What exactly is the basis for hiring him other than his Hall of Fame playing career and popularity with Reds fans? And he’s too anti-analytics for my taste.]

It’s about the Reds culture of narrowness and how it produces serial failure.

When the season comes to its merciful conclusion, odds are that Bob Castellini will fire Bryan Price and keep Walt Jocketty. Jocketty will announce Larkin’s hiring (surprise!). Castellini will express warm, manly feelings about bringing back a hometown hero. Jocketty will say a real hiring process wasn’t necessary because, you know, the obvious guy is obvious.

Sound familiar? Hiring Barry Larkin as the next Reds manager, without seriously and formally considering other candidates, will fit a long pattern — a culture — of insular decision-making by the baseball side of Bob Castellini’s organization. 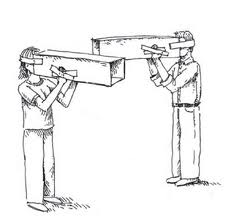 The Reds’ culture of narrowness dates back at least as far as when Castellini brought in Walt Jocketty as a special advisor. Jocketty and Castellini were friends when they were both with the Cardinals organization. When Castellini decided a few months later to replace general manager Wayne Krivsky, there was no search, just a new title and office for Jocketty.

We saw the same insularity when the Reds fired Dusty Baker. The only person who received an interview was an internal candidate, Bryan Price.

We also see the narrowness in the recycling of former Cardinals players onto the Reds roster. The general manager sees a pool of available players that consists largely of those who played for him a decade ago. That tunnel vision put Jason Marquis in this season’s starting rotation based on a dozen innings in spring training.

We witness the Reds’ small-mindedness when the general manager hires assistant general managers who have lock-step old-school views about building a baseball team — views identical to his own. Barry Larkin apparently fits this pattern.

We see it in the stated preferential treatment given to homegrown players when it comes to generous contract extensions. One way to describe that is loyalty. Another is chauvinism.

If the Reds hire Barry Larkin like they hired Bryan Price, they’ll be repeating the same mistake as before; another example of their narrow, insular culture.

By firing Bryan Price after just two years as manager, the front office will implicitly be acknowledging a huge mistake on their part. Sure, they’ll point to failures by Price. But the take-away isn’t about Bryan Price; the real lesson is about their myopic process two years ago. 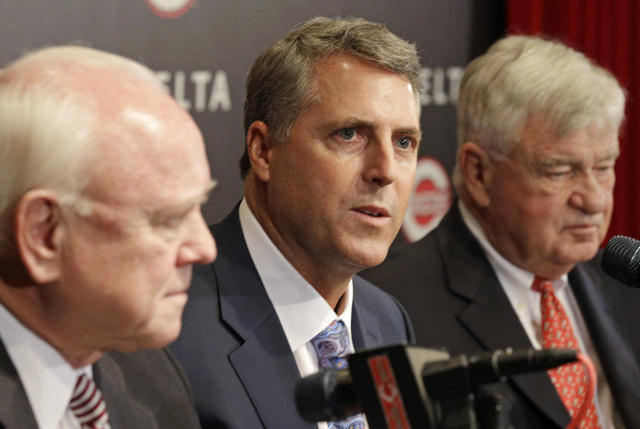 As one of the most respected coaches in the game and one who was familiar with the roster, maybe Bryan Price was the right choice for the Reds in 2014. Other teams seemed eager to hire Price as their manager if the Reds didn’t. But the Reds front office didn’t come anywhere close to finding out if Bryan Price was the best choice. They talked to one person and hired him on the spot. They didn’t take seriously the possibility an outsider could impress them more.

If the Reds bother to take a fair and honest look at how they hired Price (and it’s another sign of their dysfunction if they don’t), they can’t possibly conclude they did it right. If the abbreviated process produced a bad hire then, it’s folly to repeat it.

Hiring Barry Larkin is a public relations Band-Aid when life-saving surgery is needed. The owner probably won’t see it this way, but the Hall of Fame shortstop will be a shiny object that distracts attention from the steps and missteps of the first true rebuilding process of Walt Jocketty’s career.

In the past decade — even more in the last five years — we’ve seen rapid change throughout baseball. New technology has been developed and adopted that allows us to measure everything from batted ball exit velocity, to outfielder route efficiency to bio-mechanical stress on elbows. New thinking about the game has produced more accurate ways to value players and assemble teams.

Organizations that have embraced this transformation in baseball are beginning to separate themselves from the ones who haven’t. The Tigers, Brewers and Mariners have recently fired general managers to look for replacements more open to modern analytics. For organizations to survive, let alone succeed, it is essential they be open to new, outside perspectives. Baseball clubs must look at decisions through the broadest lens possible. Innovative ideas must reach the table for consideration. Narrowness in viewpoint must be rejected.

Bob Castellini must change the baseball operations culture he has nurtured with the Reds. The happy news is that different leadership can accomplish that. The current owner isn’t going anywhere, but he can take a lesson from the way his non-baseball operation works and insist on a modern, open approach from his baseball brain trust. 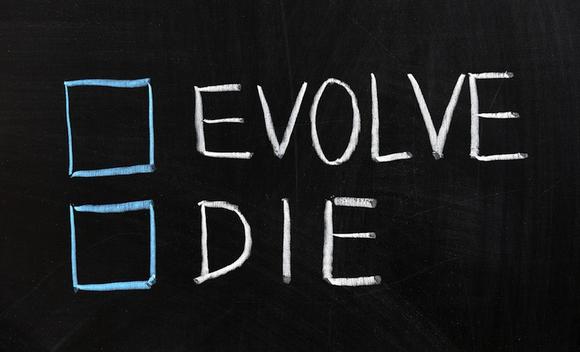 Leaders set the agenda, determine how an organization operates, decide what to value, where resources are allocated and how people work with each other. But leaders who are so narrow to think methods and solutions from 10 years ago will work today won’t get the job done. That’s a tough lesson to learn, but you only need to take a peek at the NL Central standings, if you dare, to see its importance.

Bob Castellini can’t expect the cultural overhaul to take place without replacing the top executives. It’s human nature to resist altering one’s behavior even in the face of overwhelming evidence that says we should. For example, doctors say that only 10 percent of people who have heart bypass surgery sustain major lifestyle changes for more than a short time.

But while hiring new people might be necessary to fix the problem, it’s not enough. There’s a difference between changing employees and changing culture. If the Reds fire Price and hire Larkin, or even fire Jocketty and hire another old-school GM, nothing meaningful will change. If underlying norms and procedures aren’t modernized, new faces won’t address the problems that have produced a poor record of performance.

Some think the solution is to change the culture of the clubhouse. Whether or not that’s a legitimate issue, this isn’t an either-or proposition. It’s sloppy to single out the players without looking deeper. Walt Jocketty has used the word reboot in describing what the Reds need. Well, the word reboot usually refers to restarting the operating system. The OS of a baseball team is the front office, not the right fielder. Reboot, indeed.

An Agenda For Culture Change

Cultural change for the Reds starts with hiring a new general manager and assistants who view the opportunities presented by what’s new in baseball with enthusiasm, not something to instinctively resist. Part of the reboot is hiring men and women who excel at running organizations – people who are familiar with sound, modern communication practices, not old baseball hands who don’t understand the impact of social media.

The Reds need to establish norms that encourage innovation and new ideas. An important part of that is an upgraded and expanded analytics department that can assimilate and interpret the non-stop mountain of raw data arriving in every major league front office. That includes adopting modern approaches to reducing injuries.

To paraphrase the bumper sticker: If you think analytics are expensive, try ignorance.

Then, and only then, a new front office, armed with sophisticated data architecture, should conduct an open, robust hiring process for the Reds next manager, including Barry Larkin if he’s interested.

If Larkin demonstrates he’s the best qualified after a rigorous comparison of applications and interviews, fine. After all, another University of Michigan product, Mike Matheny, who had no previous managing experience, has kept the St. Louis Cardinals on track.

But before we take too much comfort in the Matheny hire with respect to Barry Larkin, remember there are large differences. The Cardinals were looking for a manager to provide continuity for a World Series caliber team, not a fresh voice for a club that will lose more than 90 games. The Cardinals conducted a broad search then winnowed the pool down to six final candidates before choosing Matheny, including two — Terry Francona and Ryne Sandberg — from outside the organization.

Instead of recognizing how flawed insularity led to hiring Price in the first place, the Reds appear to be using the identical process and rushing into a similar mistake. The Reds know even less about how Larkin will handle MLB players than they did Price. Barry Larkin will give them a warm, comfortable feeling. So did Bryan Price.

Employment decisions based on comfort provided by insider status have become the Reds culture under Bob Castellini and his general manager Walt Jocketty. Without fixing that culture of narrowness, they’ll repeat the same mistakes and revisit the same old losing ways.