Over the past three years, we have seen two very different Todd Fraziers. From April to June, Todd Frazier dons his cape and torments pitchers. Throw a fastball? Watch it become a souvenir. Throw a breaking ball? Todd will see you at second. When Frazier was on pace to hit 55 dingers this year, you almost felt bad for the player standing just over sixty feet away from him. Almost.

But from July through the end of the season, Frazier trades his cape for a pair of nerd glasses and a desk job at the Daily Planet.

Hitters go through ups and downs for many reasons: sometimes they are nursing an injury, perhaps they go through a stretch of tough matchups. Other times it might just be normalÃ‚Â variationÃ‚Â inÃ‚Â the distribution.

WhatÃ¢â‚¬â„¢s so odd about Frazier is that he exhibits the same pattern year-after-year: Crush the ball from April to June then fall back to Earth for the final half of the season. While this does not rule out any of the above explanations (for example, he could be unfortunate enough to experience injuries each of the last three years around the same time), it does raise the question: are there any patterns in his decline? Let’sÃ‚Â dig through the data to see why Superman is falling back to Earth.

We can look deeper than his aggregate line by examining if there are types of pitches that Frazier is struggling with more than others. For example, we can subdivide pitches into hard pitches (fastball, cut fastball, sinking fastball) and soft pitches (curve, change, slider). From this divide,Ã‚Â we get a little better idea of what is going on with Todd:

And here are the same numbers against the top half of the strike zone:

We can do the same exercise for soft pitches:

The upper-zone slow pitches is too small of a sample size to really make anyÃ‚Â conclusions about (n<50 PA). All others are n>98 PAs.Ã‚Â

What does it mean?

The story that I see behind these numbers is a slow bat: In the first half, Frazier has the speed and quicknessÃ‚Â to catch up to fastballs up in the zone. Due to his bat speed he can also afford to stay back against curveballs and drive them. Yet sometime during the season that bat speed starts to slow and Frazier begins his swing just a fraction of a second earlier in order to catch up against the fastball. This has the consequence of causing him to frequently miss (or make weak contact) against breaking balls. Pitches in the lower half of the zone give Frazier more reaction time so he is still able to catch up against them, but against the high heat, he just cant get the bat around fast enough.

There is some research to support that hitters perceive pitches differently based on where the ball is thrown, a conceptÃ‚Â Perry Husband callsÃ‚Â “effective velocity”. The logic is thatÃ‚Â due to the shorter distance between the plate and a pitcher’s release point for an inside pitch (for a RH hitter-righty or LH-Lefty matchup) and that the hitter must get the bat further out in front of inside pitches in order to extend their lead arm and make solid contact. Ã‚Â Conversely,Ã‚Â outside pitches are both further from a pitcher’s release point and the hitter does not need to rotate the bat out in front of the plate in order to fight it off.

Here is a chart (from a right handed batter’s perspective, so the circled value is up and in) from baseball prospectus describing differences in effective velocities. According to this graphic, a ball that is throw up-and-in will appear eight to tenÃ‚Â miles per hour faster than the same pitch thrownÃ‚Â low and away. 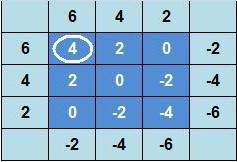 ItÃ¢â‚¬â„¢s important to keep in mind that my only qualification as a swing coach involves winning second place in the prestigious 1997 Maffie backyard home run derby contest; offering hitting advice to the slightly more accomplished 2015 MLB Home Run Derby Champion might sound a little odd. Yet there are reasons to believe that Frazier may be suffering from fatigue in the box:

Second, Frazier swings one of the larger pieces of lumber in all of MLB. C Trent Rosecrans described it asÃ‚Â a Ã¢â‚¬Å“35-inch, 32-ounce monsterÃ¢â‚¬Â. While many MLB players use 32-ounce bats (Frazier used a 32.5-ounce bat during Home Run Derby), the usual split is 34/32. But itÃ¢â‚¬â„¢s not just the bat, it is how FrazierÃ‚Â holds it in the box: Frazier holds the bat way down below the handle (a similar tactic to a first serve in tennis) to maximize the power he can get out of his bat.

[OK, this has very littleÃ‚Â to do with the article but itÃ¢â‚¬â„¢s amazing and I want to shareÃ‚Â it: Babe Ruth used to swing a fifty-four ounce bat. That’s 1.5kg. He lightened it up to only forty-ounces when he cracked 60 home runs in 1927. Rogers Hornsby used a 50-ounce bat. Ted Kluszeski used to hammer nails into his bat to make it heavier. Oh, the things you can when fastball velocity is below 85 mph]

The Reds are not just responsible for developing their players but also putting these players in the best possible position to succeed. Ã‚Â Frazier played 150 games in 2013, 157 games in 2014, and 123 out of 125 games so far in 2015.Ã‚Â It could be a psychological blindspot to assume that an “everyday player” is healthy enough to literally play every day. Health, conditioning, and strength training are areas where professional sports teams can derive a competitive advantage (just ask any of the professionals who work on/for the Oregon NCAA football team), or in the case of Frazier, perhaps fall behind.

Or it could just be expected random variation in the data. It could be that, too.

All stats from ESPN TruMedia.