The Platonic ideal for Athlete would be Aroldis Chapman. The young Cuban exhibits an impressive combination of conditioning and genetics when he takes the pitching mound. Lean yet muscular, powerful yet agile. And don’t forget that he throws a fastball harder than anyone in the history of the game. Chapman is a stunning, physical wonder. Remember when you were like Aroldis Chapman? Me neither.

Yet our ulnar collateral ligaments are identical to his.

That same, fibrous UCL can be found in almost every elbow. Its function is to connect two large bones and stabilize the elbow joint. What prevents our forearm from flying off when we throw overhand? That 2-inch ligament. And mine is the same as yours which is the same as Aroldis Chapman’s.

Unlike muscles, training doesn’t strengthen ligaments. Unlike bones, ligaments can’t adapt to stress. Regardless of the shape we’re in overall, or how many hours of training and conditioning we’ve done, or how strong our arm muscles are, no matter our height or weight, none of that impacts the natural state of our UCLs.

Ligaments are the fibers that connect the bones. The UCL fastens the humerus together with the ulna. As you turn your palms up, the UCL is on the inside of your elbow, toward your body. 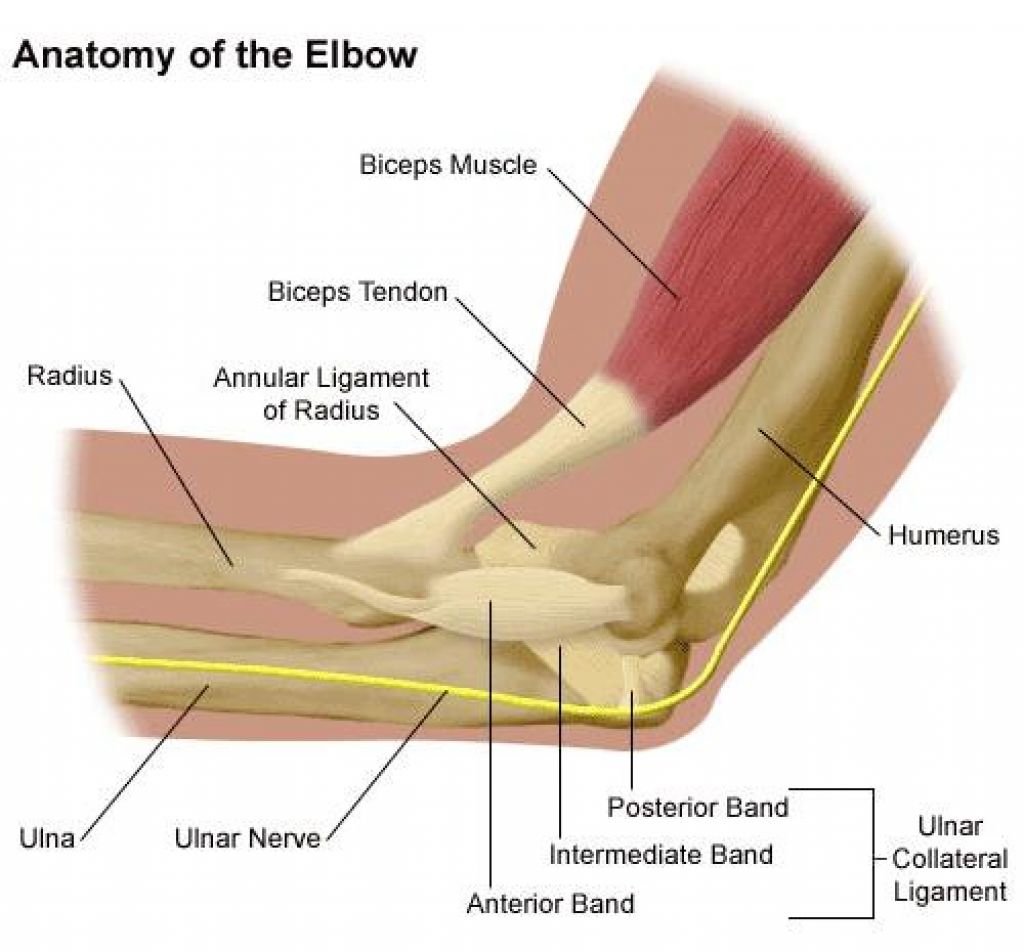 Normal activity like driving, turning a doorknob or working at a keyboard rarely places enough strain on the UCL to create a tear or full rupture. Most of us navigate our way through this world with a pile of concerns, health and otherwise, but the well-being of our ulnar collateral ligament isn’t one of them.

It turns out, however, that throwing a baseball overhand is a hostile act toward our elbow and its ligaments.

Abner Doubleday’s version of baseball in 1839 didn’t pose that risk. In fact, when professional baseball began in the mid-19th century, the ball was pitched in a soft, natural motion below the hip that we call underhand. In those early, innocent days – before mounds, pitching rubbers, radar guns and brushbacks – it was not considered the role of the pitcher to prevent or otherwise complicate the task of the batter hitting the ball. Pitches were tossed gently to facilitate the start of play.

Teams soon were tempted by the advantage of “fast pitching” — still underhand. Pitchers then sought higher release points to allow more elevated pitch speeds. For a period of time it wasn’t clear if overhand pitching was permitted. The National League finally clarified the situation in 1884 by allowing pitches to start above the shoulder.

That rule change produced the unintended consequence, a little more than 100 years later, of keeping orthopedic surgeons quite well employed.

If you’re able to right now, pretend to throw a baseball. Pay attention to the force of your forearm trying to tear away from your body. Notice how your elbow bends in an unnatural direction. The pressure that motion creates on the arm is called valgus stress. The harder we throw, the more severe the stress. 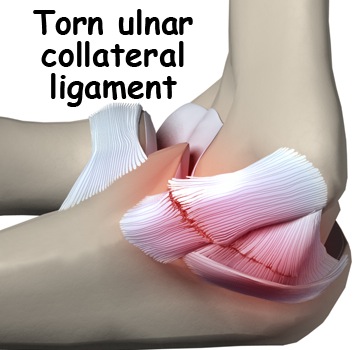 For a long while, the 2-inch UCL is the hero of that narrative. It’s a strong, thick triangle-shaped fibrous band that holds the two largest bones together and stabilizes the elbow joint. But for baseball players, particularly pitchers, years of stress – starting with youth baseball – begin to shred the mighty elbow ligament. Think of the UCL like a fraying rope. Hard throws bring micro-tears, degeneration, and in the worst case, full rupture.

When you consider how many violent throws a human being has to make simply to become a professional baseball pitcher, it’s no surprise that injuries to the elbow ligament have become common. In fact, a 2014 survey found that one-third of pitchers on major league rosters have had surgery to repair their UCL. 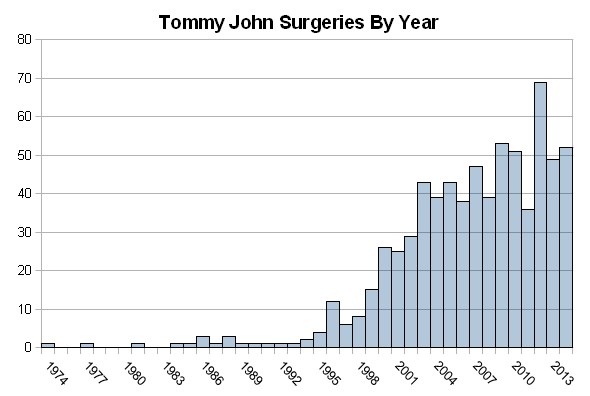 The Cincinnati Reds have had their share of UCL tears this year. Homer Bailey is the 2015 attention-grabbing headliner, but don’t forget Nate Adcock, Matt Magill and rookie pitcher Morgan Lofstrom. Ryan Madson’s 2012 UCL tear set the Chapman as closer debacle in motion. Position players can need Tommy John surgery, too. Donald Lutz had the procedure in May. Zack Cozart, Paul Janish and Norris Hopper are others. The list that details the wreckage is long and concerning.

On the positive side, a torn or fully ruptured UCL is no longer a career-ending injury. Sandy Koufax retired at the age of 30 because of it. Today, thanks to the surgical procedure and Tommy John’s trail blazing, the odds are strongly in favor of the player making a successful return.

The remaining downside is that the rehabilitation process lasts about six months for position players and at least a year for pitchers. So despite the successful medical relief offered by TJS, baseball teams still have a strong incentive to prevent the injury from occurring. To that end, organizations have implemented draconian workload regulations like strict pitch counts and rules for the number of innings pitched.

Pitch and inning restrictions are easy steps for teams to take. But new research shows that they don’t prevent many injuries. In fact, UCL tears occur at an alarming rate. Pitchers continue to destroy their elbows, some without ever throwing 100 pitches in a game. Major league teams are losing peak years from their best pitchers and millions of dollars in wasted salary.

With all that at stake, major league baseball is conducting research on prevention of UCL tears. Recent advances in motion analysis and data science have given scientists better understanding of the exact source and nature of the stress on both the shoulder and elbow during throwing. Other new research has highlighted the role muscle development can play.

Injuries to the UCL have become so commonplace the word epidemic is used without raising a skeptical eyebrow. This series will address the epidemic like others, by analyzing the causes, cure, prevention steps and prognosis for recovery. It will reveal powerful incentives working against a solution as well as heartening developments that offer hope, with a few surprises along the way. In short, we’re going to thoroughly case the (elbow) joint.