The Cincinnati Reds (51-62) will go for their third consecutive win tonight at 10:10 PM against the Los Angeles Dodgers (64-51). The Reds exploded for a 10-3 win last night, as they beat up on their former pitcher Mat Latos. The Reds scored five time on Latos, and chased him after just 4.2 innings. Latos was booed from the Dodgers faithful in the 4th inning, and that had to be a delightful moment for the Reds players. 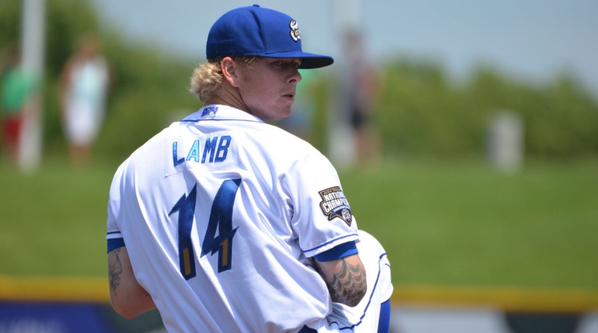 John Lamb will make his major league debut tonight for the Reds. Lamb was one of the three minor league pitchers the Reds got in return for Johnny Cueto. Lamb has been terrific this season in 20 stats at the AAA level. Lamb’s 9.5 K/9 and 0.6 HR/9 look very good.

Lamb is currently the Reds #21 prospect according to MLB Pipeline. He will be wearing the #47, which was held by none other than Johnny Cueto. Here is the scouting report on Lamb (courtesy MLB Pipeline):

Though Lamb still can hit 96 mph on occasion, he has lost a couple of ticks off his fastball and usually works from 89-93. His changeup isn’t the weapon it once was, so he has come up with a low-80s cutter to keep right-handers at bay. He also has a soft curveball that wasn’t much of a factor before he got hurt.

Our own Kevin Mitchell wrote an extensive piece about John LambÃ‚Â right after the Reds traded for him. I would highly recommend checking that out.

Wood began 2014 in the Braves rotation, then was moved to the bullpen in early May, and then made it back to the rotation for the remainder of the season in late June. He made 24 starts (35 appearances overall in 2014), and posted a 2.78 ERA and 3.25 FIP. Wood was looking like a future ace for the Braves. He was inconsistent this year with the Braves, but still posted a 3.54 ERA and 3.42 FIP in 20 starts. The Braves surprisingly traded Wood in a 13-player deal to the Dodgers, the same deal that sent Mat Latos from the Marlins to the Dodgers.

The first two starts in a Dodgers uniform haven’t gone too well for Wood. In his first start, Wood allowed 8 hits and 4 ER in 6.0 innings in a 6-2 loss to the Phillies. In his most recent start, he only lasted 5.0 innings, allowing 5 hits, 3 ER, and 3 walks in 13-6 loss to the Pirates.

Wood would love to have his first good start with the Dodgers tonight. He has never made a start against the Reds, but did make one really good relief appearance. On July 12th, 2013, Kris Medlen allowed 9 hits and 4 ER against the Reds, and lasted just 4.0 innings. Wood came in for relief, and dominated the Reds by pitching 3.2 scoreless, no-hit innings. 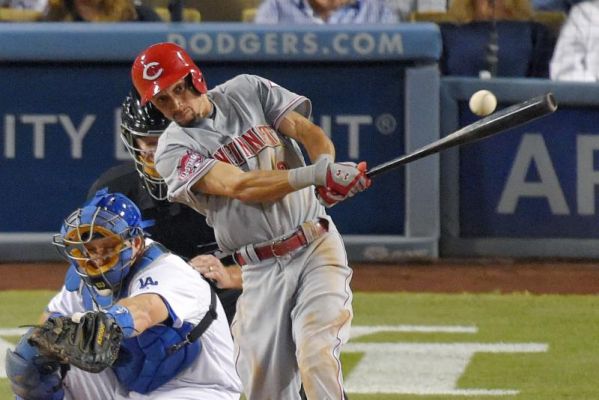 Walt Jocketty gets a lot of criticism from Reds fans, and much of that is certainly fair. However, the job Walt did this past off-season was nothing less than incredible. Look at this fact: 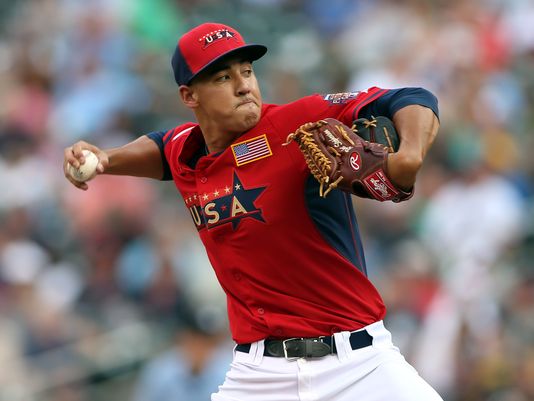 Reds #1 prospect Robert Stephenson left Wednesday night’s game after just two innings with a wrist injury. Bryan Price said Stephenson will take a couple days off, but he doesn’t think the injury is serious. The Reds and Stephenson believe it was just cramping in his wrist.

Despite the possibility that Joey Votto, Jay Bruce and Todd Frazier might, some day, be hitting well at the same time, despite the decent pitching of Raisel Iglesias, Anthony DeSclafani and Keyvius Sampson, thereÃ¢â‚¬â„¢s no chance the Reds can get back into contention. Confused? Perhaps you need a refresher in how odds are calculated.

Nick CarringtonÃ‚Â wrote a good article today on RN about Jay Bruce and his adjustments.

Fitting that the #Reds' John Lamb will debut at Dodger Stadium, where his grandfather was the PA announcer http://t.co/jj07qVcovd

Want to see some of what landed Jesse Winker on the BA Hot Sheet this week? Here's video from the week: https://t.co/oDUgmIo6PC

Back from the #Reds, pitcher Michael Lorenzen will start Sunday for the @LouisvilleBats: http://t.co/fUhLDueDSX pic.twitter.com/VB2WvOIcJI

Joey Votto is a ballplayer worth admiring. @TBrownYahoo explains why: http://t.co/zcVQNOJe9W

http://t.co/5wGDU6iGe1 has added a 'Chapman Filter' to its Statcast settings #Reds http://t.co/oXLsgVf800 via @enquirer

If season ended today, NL playoffs are Pirates/Cubs for the right to go to St. Louis, and Mets/Dodgers. Sign me up. Sounds fun.

Our thoughts and prayers go out to John Farrell. 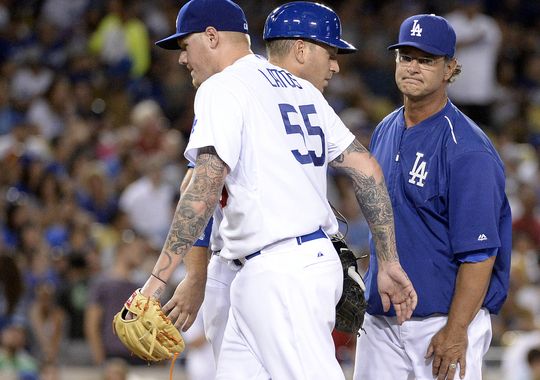 Last night was about as much fun as I’ve had all year watching the Redlegs (well, maybe the first four games of the year were better, and the HR Derby, but still). The Reds beating up on a guy who completely unnecessarily trashed them on the way out was awesome. And Vin Scully on the call too, just awesome.Ã‚Â Ã‚Â Now it’s time to see how young John Lamb can do. The Reds have like 568 potential starting pitchers. Now, it’s just time to find the five that will get us back to the promised land in 2017. Go Reds!