The Cincinnati Reds (50-62) begin a four game series in LA at 10:10 PM tonight against the Los Angeles Dodgers (64-50). Tonight the Reds will face Mat Latos for the first time since he was traded away this past off-season.

The Dodgers have been lead by the incredible 1-2 pitching duo of Clayton Kershaw (2.51 ERA, 2.23 FIP) and Zack Greinke (1.65 ERA, 2.59 FIP). Both pitchers rank in the top six in the MLB in fWAR, and are top contenders to win the NL Cy Young. The Reds will avoid Kershaw in the four game series, but will likely face Zack Grienke on Sunday (has not been officially announced yet).

The Reds will finally get a chance to face off against Mat Latos. He is the man who called the Reds clubhouse a “circus” among other things including questioning the Reds medical staff in a ridiculous interview to Ken Rosenthal. The Reds players, including Homer Bailey, Devin Mesoraco, and Skip Schumaker fired back at Latos, and manager Bryan Price called Latos’ accusations “tabloid BS.” It goes without saying, it should be fun to see the Reds face off against Latos.

Mat Latos began his season with the Marlins, where he was traded this off-season for Anthony DeSclafani. That trade has been an absolute steal for the Reds, as they have six years of control on DeSclafani (who has outproduced Latos in 2015). In Latos first start with the Marlins, he didn’t make it out of the first inning, and allowed 7 ER. Through his first 9 starts with the Marlins, Latos had a 6.12 ERA. Latos then went on the DL with left knee inflammation (something which certainly had to be the fault of the Marlins medical staff).

When Latos retured from the DL, he pitched much better. He had a 3.86 ERA in June, and a 1.80 ERA in July. Latos however only made three starts in July, as he had to be skipped a couple times because of a foot injury. Latos was traded to the Dodgers at the trade deadline, as part of 13-player deal between the Dodges, Marlins, and Braves.

Keyvius Sampson has pitched very well through his first two starts with the Reds. In his last start against the Diamondbacks on Saturday, Sampson allowed just 1 run on 4 hits in 6.0 IP. He will certainly have a chance to try to earn a spot in the 2016 rotation. Sampson looks like a great off-season waiver pickup. 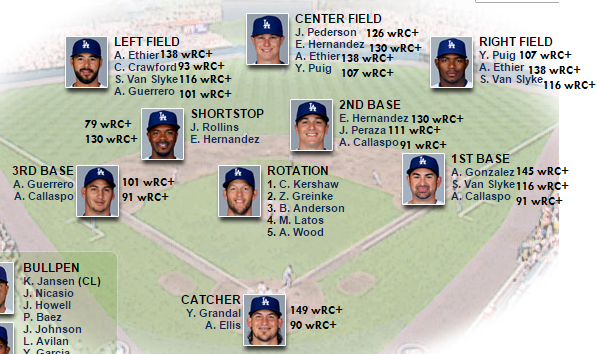 Grant Freking wrote an interesting article today about the Reds chances of the Reds being contenders in 2017.

The Cubs won their 7th straight game this afternoon. Kyle Schwarber hit two bombs in the Cubs 9-2 win over the Brewers.

#reds announce that LHP John Lamb will be called up and pitch on Fri vs. #dodgers

Robert Stephenson told me he had some cramping in his right wrist yesterday, reason for the early exit. Bats & Clippers tonight 6:35 @790KRD

Kris Bryant is on pace to K 10 more times this year than Jay Bruce ever has. If he was w/ #Reds, Marty'd already have run him out of town.

This place never gets old to me pic.twitter.com/lBPhvhrYSQ

#TBT On Aug. 13, 1986 #Reds HOFer @BarryLarkin made his @MLB debut as a pinch-hitter vs. @SFGiants pic.twitter.com/TY9HumIs2v

Get ready for some more late night baseball as the Reds take on the mighty Dodgers. If you are an out-of-market Reds fan like myself, you will get to fall asleep the next three days to the sweet voice of Vin Scully. As for tonight, it would also be pretty awesome to see the Reds absolutely rock Mat Latos.