Just a quick post before the afternoon game: Chris Welsh said on the TV broadcast last night that the drop in velocity for Lorenzen’s fastball, from the 95-96 range to the 92-93 range, means he has to be a different kind of pitcher – one Lorenzen isn’t used to being. He can’t blow the fastball by hitters. That adjustment might be contributing to his command problem.

But beyond poor command, Lorenzen has been getting hit hard. And that could definitely a product of the decrease in velocity. 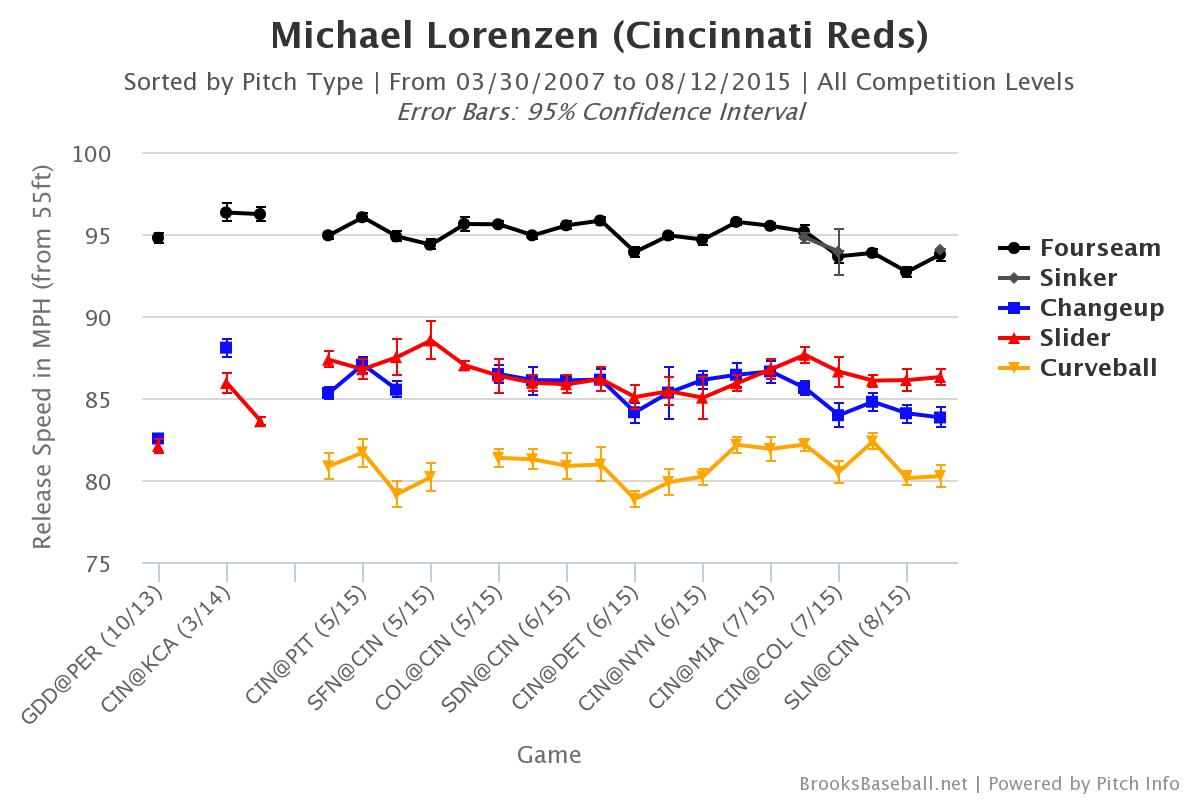 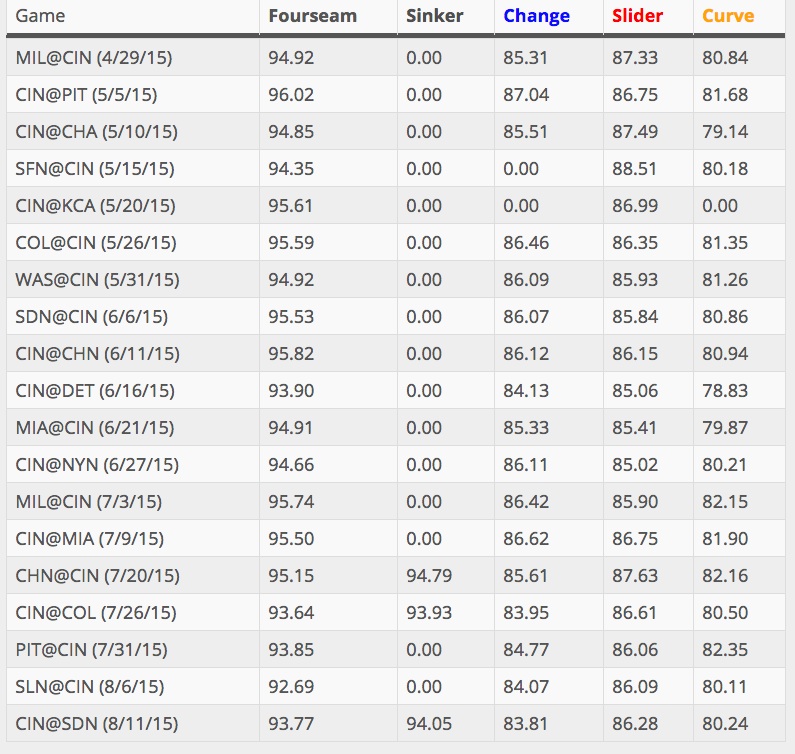 As I’m sure they realize, the club has to figure out if Lorenzen is suffering from a temporary condition like dead arm, or fatigue from how much he’s pitched.Ã‚Â I’ve been reading up on Tommy John surgery for an upcoming post(s) and the studies are clear that pitching with a fatigued arm puts the elbow at risk. Lorenzen’s great physical conditioningÃ‚Â could help with that.

It’s important to keep in mind how little starting (all pitching, for that matter) experience he has. Coming to firm conclusions about his future potential and role right now is premature.