Central Intelligence is back after a week off. Our spot in the rotation got skipped last week due to the big Cueto news.

The trade deadline has come and gone. The Cardinals, Pirates, and Cubs all made some nice upgrades, but didn’t make any moves that would blow up their farm systems. The Reds and Brewers both traded away some serious talent for prospects. The Reds traded ace Johnny Cueto to the Royals, and another solid SP Mike Leake to the Giants. Meanwhile, the Brewers made a big deal sending Carlos Gomez and Mike Fiers to the Astros, but that was just the beginning of their rebuild. 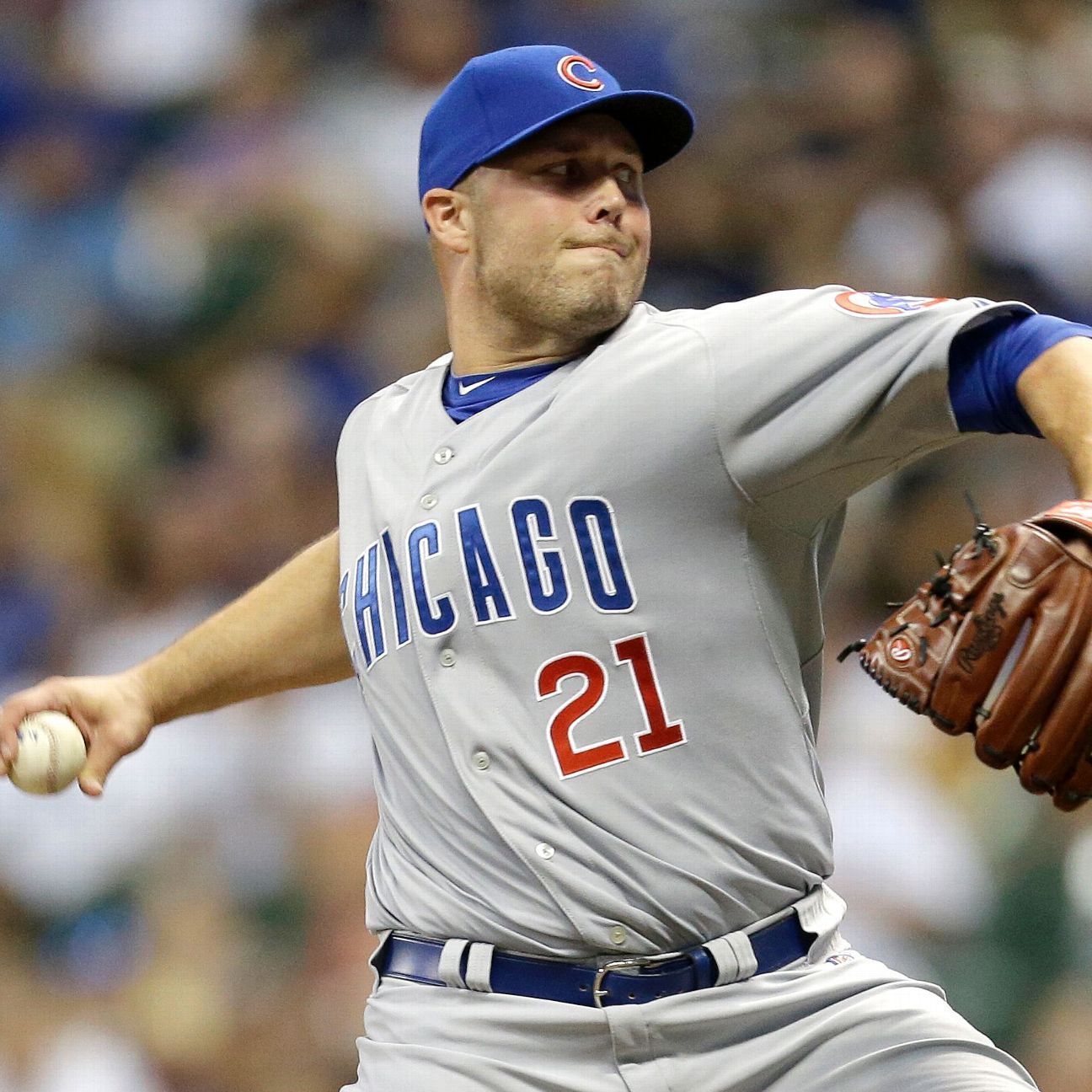 The Cubs acquired SP Dan Haren from the Marlins and RP Tommy Hunter from the Orioles. The Cubs didn’t have to give up all that much either, as they only had to lose Junior Lake and two lower level prospects. Lake couldn’t stick with the big league club this year, but had posted a 138 wRC+ at AAA.

The Cubs might not be done yet either. There is a report that they are considering a trade for Chase Utley via the waiver wire. Utley is currently on the DL, but is close to returning. He has struggled this year for the Phillies hitting just .179/.257/.275 with a 43 wRC+. The Cubs would obviously be hoping that it was just the injury that slowed him down. Utley has been an above average hitter in the big leagues every since 2004 (lowest wRC+ was last year’s 106).

The Cubs got a scare on Sunday as Kris Bryant had to leave the game because of dizziness after a hard slide. Early reports are that Bryant will be alright though.

On the field, after a slow start to the second half, the Cubs have won five straight games. The Cubs had a four game sweep of the Brewers over the weekend. They are still 9.5 GB back in the division, but they have caught up to the Giants, and are tied for the second wild card spot (4.0 GB the Pirates for the first wild card spot). The Cubs will have a huge week coming up. They will play three in Pittsburgh against the Pirates, before hosting the Giants for four games. 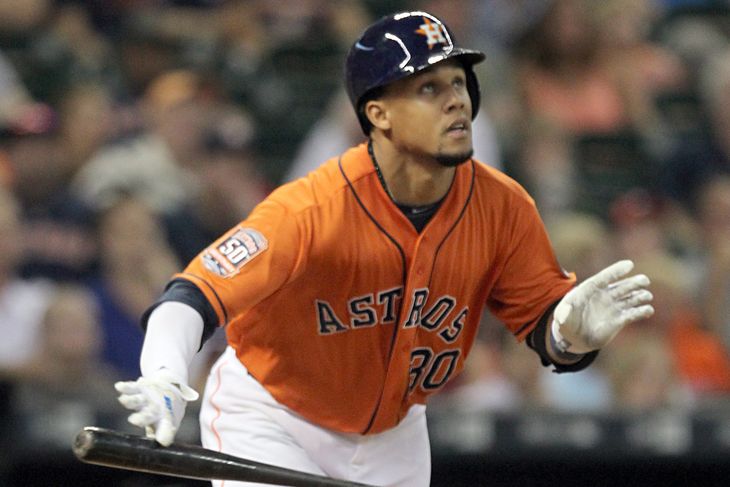 The Brewers were big sellers at the deadline. They traded away Carlos Gomez, Mike Fiers, Gerardo Parra, and Aramis Ramirez. The Brewers shed some salary and got some big prospects back in return. The Brewers big return was OF Brett Phillips, who is the #39 overall prospect on MLB Pipeline, and is now the Brewers #2 prospect. They also got pitchers Zach Davies (Brewers #11 prospect). Josh Hader (Brewers #15 prospect), and Adrian Houser (Brewers #28 prospect).

The Brewers were involved in a crazy trade of Carlos Gomez to the Mets that fell through. Apparently the Mets didn’t like Carlos Gomez medical records, so they backed out after the trade had reported. Mets SS Wilmer Flores apparently got wind that he was traded to the Brewers in the middle of their game, and was seen crying in the dugout. He bizarrely never came out of the game.

On the field, the Brewers got swept in a four game series at the Cubs over the weekend, and have lost 8 of their last 10. The Brewers had tied the Reds up in the win column at one point, but are now 4.5 behind them in the NL Central basement. 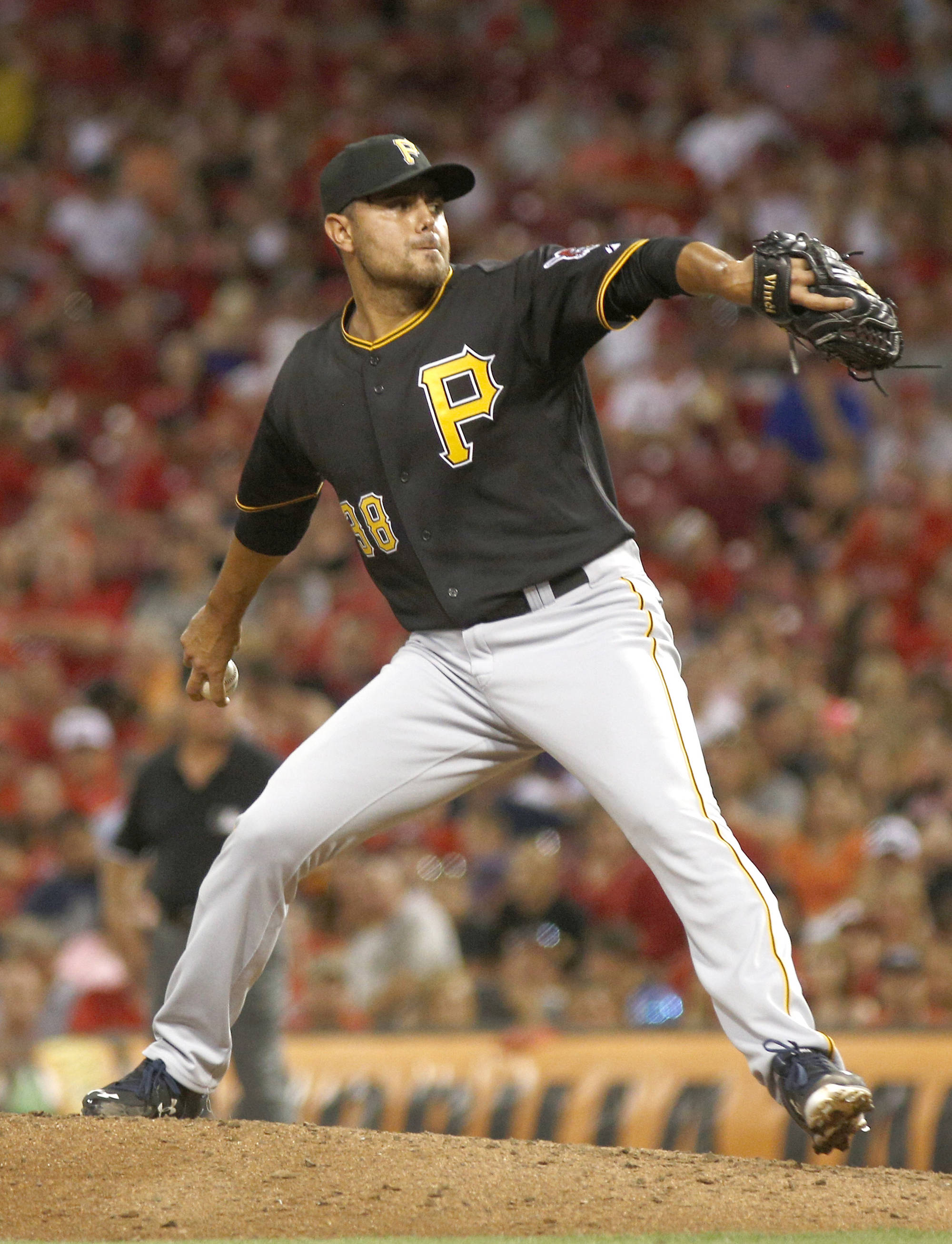 The Pirates didn’t make any major moves, but they made some necessary moves. The Pirates gave up the once #27 overall prospect Jose Tabata for Michael Morse, who will likely platoon with Pedro Alvarez at 1B and be a good bench bat.

J.A. Happ will take the spot of A.J. Burnett, whose recent elbow injury could end his career. Joakim Soria will make the Pirates bullpen even stronger. The Pirates pen has a 2.88 ERA, which is the fifth best in the MLB. The Pirates only lost Adrian Sampson for Happ (who doesn’t even make the Mariners top 30 prospects), and JaCoby Jones for Soria (who is now the #13 prospect in the weak Tigers system).

The Pirates got in a big scuffle with the Reds on Sunday in Cincinnati. After Andrew McCuthen was hit by a pitch, the Pirates retaliated by hitting Brandon Phillips. The benches cleared, and a lot of shoving and yelling occurred. Sean Rodriguez was ejected from the Pirates, along with Byrd and Votto from the Reds. The two teams were warned, and then Mark Melancon hit Tucker Barnhart in the 9th inning, and was ejected. Clint Hurdle and catcher Francisco Cervelli were not happy.

The Pirates went 4-2 on the week, and have a four game cushion for the first wild card spot. The Pirates are still 5.5 games behind the Cardinals however. The Pirates will have a big week, as they host the Cubs and Dodgers. 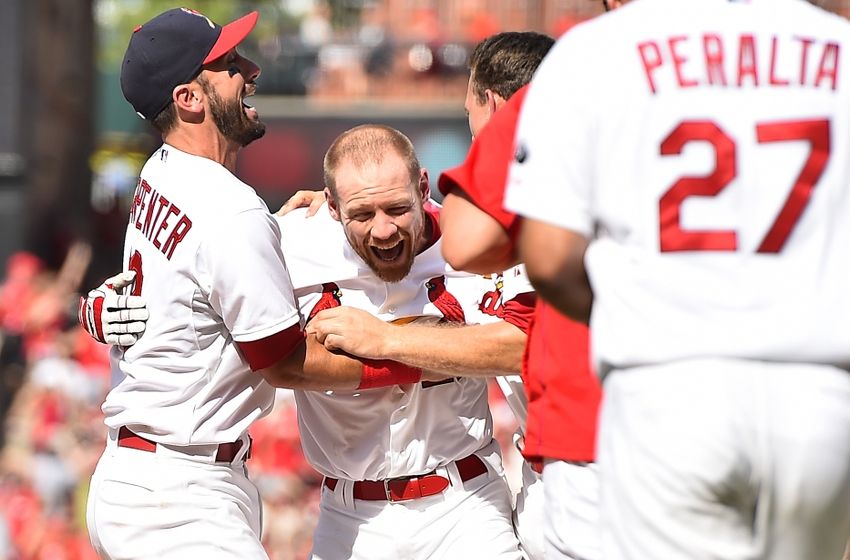 The Cardinals added Brandon Moss, who if he can get his season rolling could be a bigger upgrade at 1B or LF. The also added Cishek and Broxton to help a bullpen that already has the second best ERA in the MLB (2.35). Moss and Broxton might not seem like much, but Moss has a BABIP this season of only .259 (well below his career .293 mark), and Broxton has a FIP of 3.59, which says his ERA of 5.73 is very misleading.

The Cardinals did have to give up a lot for Moss. They parted with pitcher Rob Kaminsky, who is now listed as the Indians #3 prospect on MLB Pipeline. Both players the Cardinals traded for Cishek and Broxton were small prospects, as neither player cracked the Marlins or Brewers top 30 prospects.

The Cardinals have cooled off after their strong 7-1 start to the second half. The Cards are just 4-4 since, and that has come against the Braves, Reds, and Rockies.