It would be pretty perfect for the 2015 Reds if Johnny Cueto didn’t make the All Star Game. It is pretty apparent that the Reds in some degree have waited to trade Cueto until after the ASG. Reds fans will have the chance to vote Cueto in, just like they did with Todd Frazier. You could however choose not to vote for Cueto, because voting for him would risk injury to him right before he is about to be traded. So really it’s up to you.

Here is the NL roster and Final Vote: 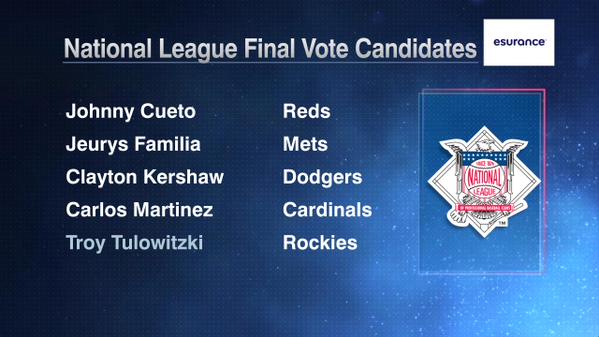