For the first time ever, the Reds beat Phillies pitcher Cole Hamels. He entered tonight 9-0 with a 1.59 ERA in 13 career starts against the Reds. The Phillies had won all 14 times Hamels faced the Reds (including when Hamels shut out the Reds 2-0 in the clinching game of the Phillies 3-game sweep of the Reds in the 2010 NLDS).

Frazier and Cozart each had three hits, and Billy Hamilton scored on a Brandon Phillips walk (more on that below). In his first start of his career as a Red, Ivan De Jesus Jr. hit a 2-run home run in the 6th inning off Hamels to break a 3-3 tie. Mike Leake allowed just two earned runs over six innings. Parra and Hoover each pitched perfect innings in the 7th and 8th, and Aroldis Chapman was able to close the door despite a couple of walks and a couple of wild pitches.

According to FangraphsÃ‚Â WPA statisticÃ‚Â (winning percentage added), the most important play of the game wasÃ‚Â Ivan De Jesus Jr.’s 2-run home run in the 6th inning off Cole Hamels, giving the Reds a 5-3 lead.Ã‚Â That home run increased the Reds chances of winning by 24.7% (from 62.1% to 86.8%).

Welcome to the Reds,Ã‚Â Ivan De Jesus Jr. He hit a 2-run home run off Cole Hamels (yes Cole Hamels) in the 6th inning to break a 3-3 tie.Ã‚Â It was his first home run in the big leagues (81 career PA entering tonight). De Jesus Jr. only had 38 career HR in 4177 PA in the minor leagues, so it had to feel pretty cool to hit a homer off Cole Hamels. De Jesus Jr. also hit a double in the 8th inning.

In the second inning,Ã‚Â Billy HamiltonÃ‚Â stole 2nd base, 3rd base, and home. Well, stealing home didn’t actually count as a SB, because the Reds official scorer decided to call it a fielders choice for some silly reason. It was heads up baserunning by Hamilton though, as he scored after a Brandon Phillips walk, which Ruiz thought was a check swing strikeout and threw the ball to first base.

Zack CozartÃ‚Â went 3 for 4, and hit a home run in the 8th inning. Cozart continues to be one of the Reds most interesting players as we get closer to the trade deadline.

Joey VottoÃ‚Â extended his on-base streak to 17 games tonight with a walk.

Mike LeakeÃ‚Â only allowed 2 ER in 6 innings, but he did allow 10 hits. That might work against the Phillies, but allowing 10 hits probably isn’t going to bring you much success elsewhere.

Manny Parra and J.J. HooverÃ‚Â were perfect in the 7th and 8th innings for the Reds. These two guys seem like the only trustworthy guys in the Reds bullpen other than Chapman. Parra’s ERA is at 1.17, while Hoover is at 1.93.

Devin MesoracoÃ‚Â began his “rehab” assignment with the Louisville Bats tonight in LF. Steve covered the Reds decision to move their catcher into the outfield a few days ago. Mesoraco went 0 for 3 with a strikeout, and was removed from the game in the 6th inning (he wasn’t hurt or anything, this a normal thing to do during a rehab stint). Mesoraco didn’t have a ball hit at him in LF. 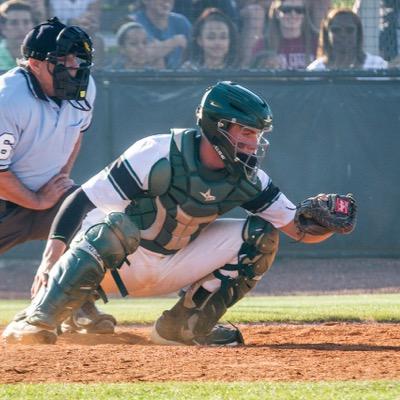 The Reds drafted right-handed catcher Tyler Stephenson with the #11 overall pick in the first round. Stephenson is 18 years old,Ã‚Â 6-4, 215 lbs. out ofÃ‚Â Kennesaw Mountain (Ga.) High School. Stephenson was actually even considered by the Arizona DiamondbacksÃ‚Â to go #1 overall.

Stephenson got some attention last month for a big ol' bat flip after a HR http://t.co/xKhW1sLgBp

Stephenson hit .403/.516/.662 with 3 HR, and 22 RBI in 26 games in his junior season in high school. He was also a pitcher, who had a fastball that reached 90+ MPH. It was certainly interesting that the Reds drafted a catcher with the #11 overall pick on the same day that their All-Star catcher began a rehab stint playing in LF (more in terms of a weird coincidence than anything else).

Brewers: Lead the Pirates 1-0 after 7 innings (currently in a rain delay). They drafted a high school left-handed OFÃ‚Â Trent Clark from Texas with the 15th overall pick.

Cubs: Off tonight. They begin a 2-game series in Detroit against the Tigers tomorrow. The Cubs also drafted switch-hitting OFÃ‚Â Ian Happ from UC with the 9th overall pick.

Pirates: Trail the Brewers 1-0 in the 7th inning. They drafted right-handed SS Kevin Newman from Arizona University with the 19th overall pick.

Cardinals: Trail the Rockies 5-1 in the 5th inning. They drafted high school left-handed OF Nick Plummer from Michigan with the 23rd overall pick.