Is VottoÃ¢â‚¬â„¢s performance due to expected regression (his 2015 OPS is .845) or are there other factors at play? The most obvious place for random variation, BABIP, appears to play a small role in this change. What does the data tell us about Joey’s lost May?

[Note: All stats courtesy of ESPN/TruMedia]

Votto averaged one home run forÃ‚Â everyÃ‚Â 11.71 at-bats in April, but, through May 27th, he is homer-less. As you can see from his ISO chart, this dropoff is coming from all parts of the strikezone. 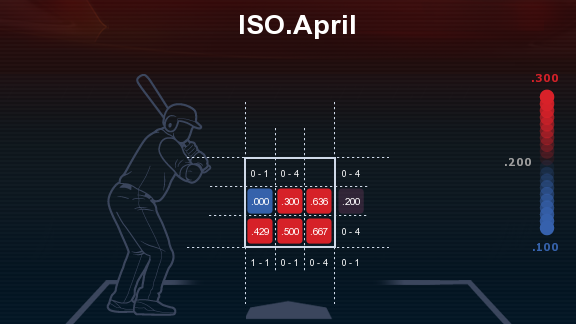 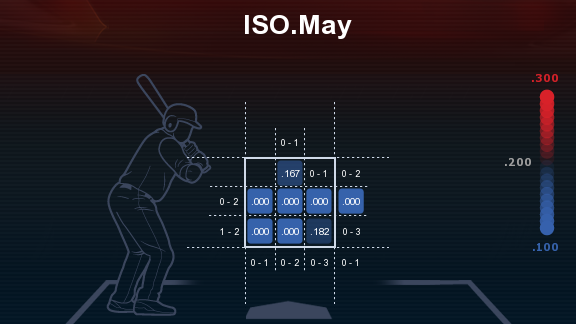 This power outage is not just bad compared to April, but is one of the worst stretches of his career. In the past four years, Votto has had two other precipitous drops in ISO: June 2014, right before he was sent to the DL and September, 2012, after Votto returned from two surgeries.Ã‚Â Votto had half as much power this May than he did during those two periods. 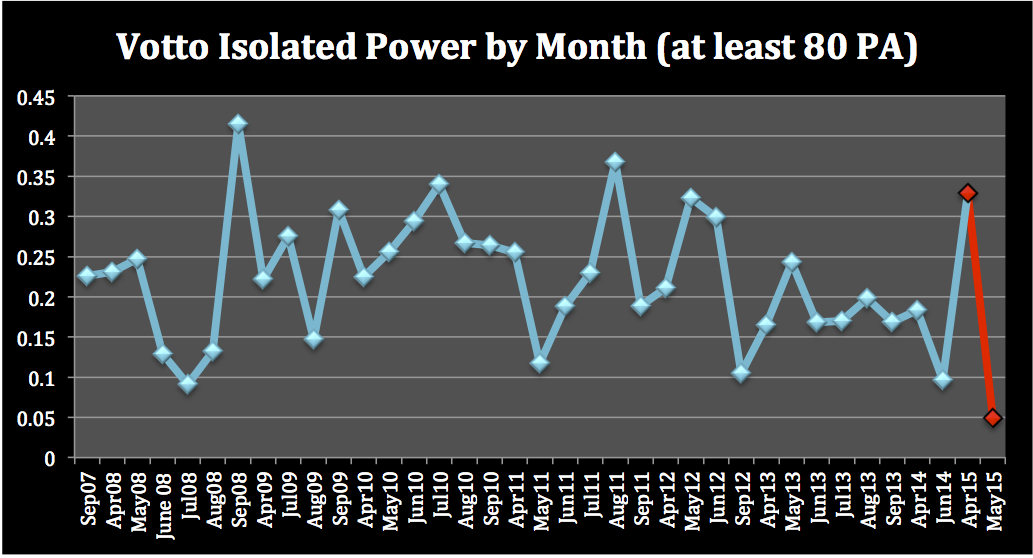 Not surprinsgly, you can also see his batted ball distance has collapsedÃ‚Â from April to May. 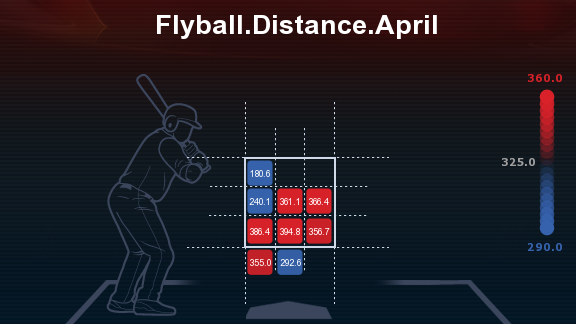 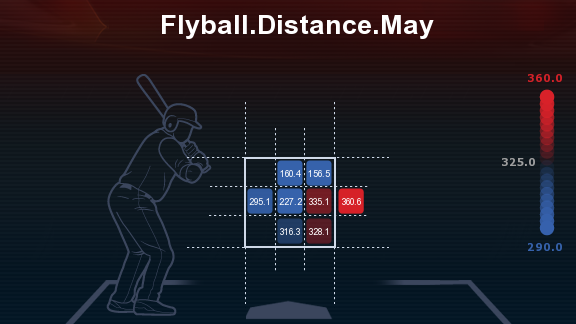 Votto is also hitting fewer line drives than he did in April: 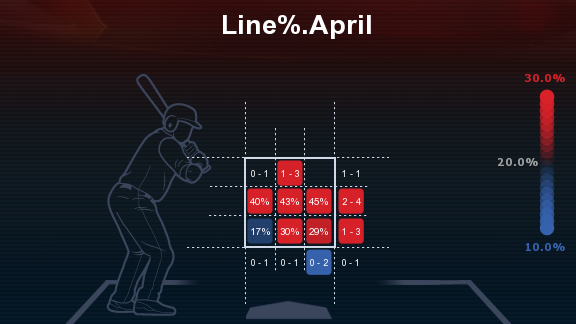 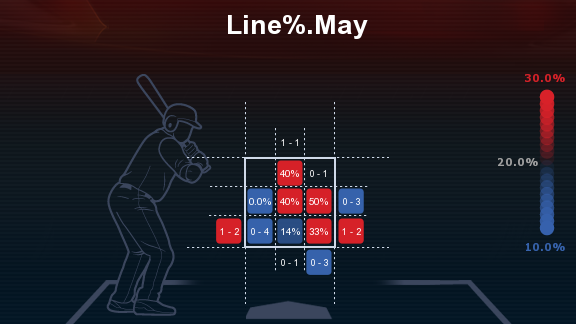 While VottoÃ¢â‚¬â„¢s quality of contact appears to be falling, his overall contact rate does not seem to be changing much. These two graphicsÃ‚Â seem to indicate Votto was missing more in April than he was in May. This suggests that Votto was being more aggressive April but he was still able to make quality contact. 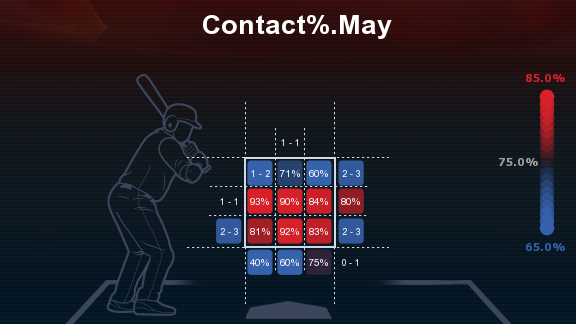 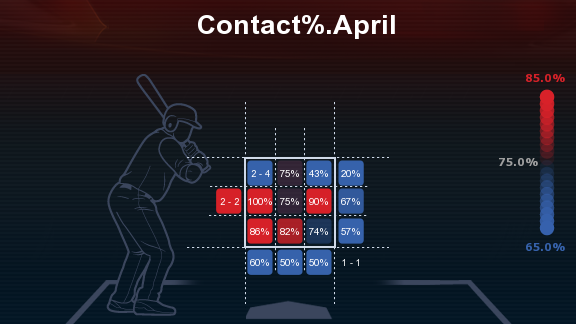 As I wrote about a few weeks ago, Jay Bruce was facing a high number of low-outside strikes. Could VottoÃ¢â‚¬â„¢s drop off be due to an expanding zone? 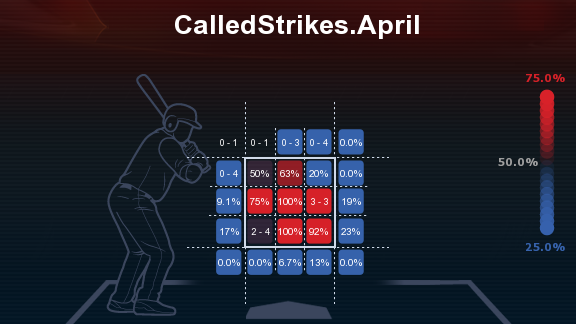 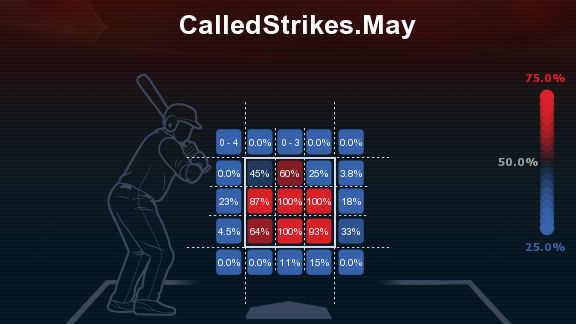 Doubtful. His called strike rate is up in a few places, but there is nothing in this data that screams Ã¢â‚¬Å“IÃ¢â‚¬â„¢m worth .400 OPSÃ¢â‚¬Â.

Instead, the best data I could uncoverÃ‚Â indicates that pitchers have changed how they are pitching to Votto.

Here are the pitch locations Votto faced in April: 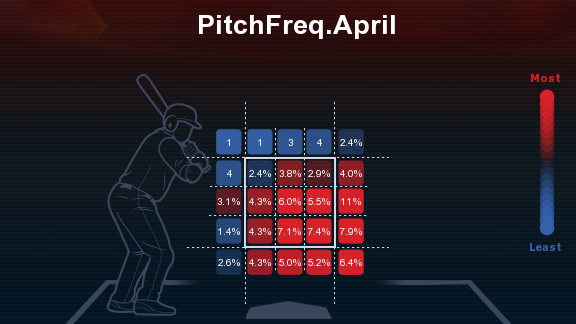 And here are the pitch locations for May: 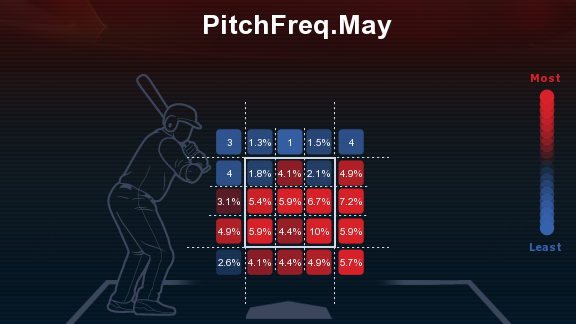 As you can see from these graphs, pitchers are moving inside against Votto. Specifically, pitchers are throwing harder under his hands than they did in April: 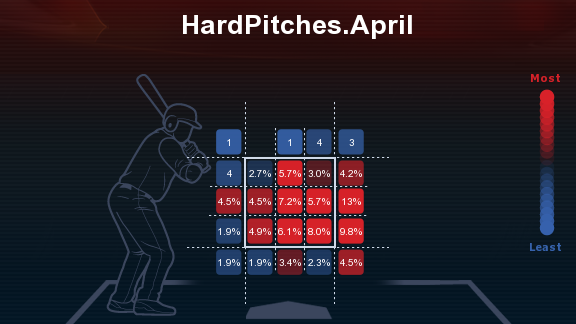 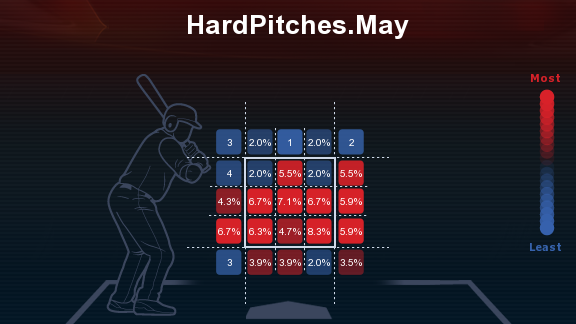 Despite jamming Votto under his hands, it appearsÃ‚Â pitchers are still throwing softer pitches (curve, slider, etc.) away from him: 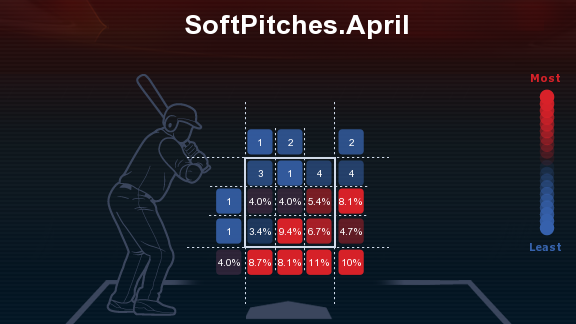 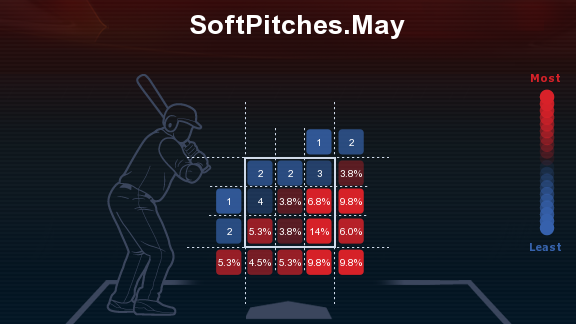 There are many possible alternative factors at play here: ballpark size, quality of pitchers faced, Votto may be trying too hard because no one else in the lineup is hitting, or he might be hiding an injury.Ã‚Â I don’t want to oversell the idea that Votto is unable to deal with the inside heat. I think there is a reasonable case to be made that pitchers are throwing insideÃ‚Â becauseÃ‚Â Votto is not hitting well. These data can’t make a causal case.

Yet given how well Votto was hitting in April, it would not be surprising if opposing pitchers decided to try a different strategy against ourÃ‚Â MVP candidate. It could be that given his ability to identify outside pitches, Votto was able to work the count and punish pitches in the zone.

If this is what’s happening, past evidence indicatesÃ‚Â that Votto has the ability to punish inside pitches (2012-2013, ISO): 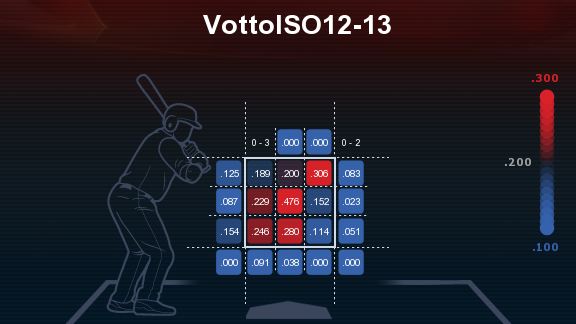 At the same time, Votto sudden and sustained loss of power is concerning. None of the traditional places of random variation, such as BABIP, explain his loss of power. I don’t want to sound the alarm or write the words “Joey Votto” and “injury” in the same sentence because if I do, the “we shouldn’t have paid him so much money” fansÃ‚Â come out from under their internet bridges. Yet as the season progresses, we will need to keep a close eye on our starting first baseman.