According to modern thinking about player aging curves, hitters begin to decline as soon as they reach the big leagues. Yet, Todd Frazier, at the age of 29, seems to be beating the odds by posting a career best 143 wRC+ and 1.9 WARÃ‚Â though a quarter of the season. Is Frazier’s new production destined to fall back to his 2014 levels or below, or as Frazier’s New Jersey hero Frank Sinatra might say, is Todd Frazier’s best yet to come? (Mandatory background music for reading this post)

FrazierÃ‚Â has jumped out to a big start in 2015. He’s hitting .252/.347/.551 and on pace to hit 45 home runs. His isolated power is a career-best .299, third best in the National League. The obvious question arises, has Frazier been lucky or good? Well, the surprising news is that Frazier’s underlying fundamentals are strong, and indicate a possible jump to a higher level of results. He’s swinging at far fewer pitches out the strike zone. His O-Swing% is 30.9, a career low and substantially below his career average of 33.4 percent. His contact rate is a career high and swinging strike rate a career low. This has produced a strikeout rate (16.5 percent) far below his career average and easily his best. Same with Frazier’s walk rate (10.6 percent), a career best and way below his average.

On top of all this, Frazier’s BABIP (.236) is extremely low. Given his batted ball profile (number of line drives, ground balls and fly balls) his BABIP should be .329. In plain speaking, Frazier not only has been hitting the ball out of the park at a personal-best pace, he has been pounding it inside the park as well, with not much to show for it yet. This play from Wednesday night is an apt example:

Frazier’s batting average may be a bit low, but given everything else that we know about his performance at the plate, that’s nothing to worry about. 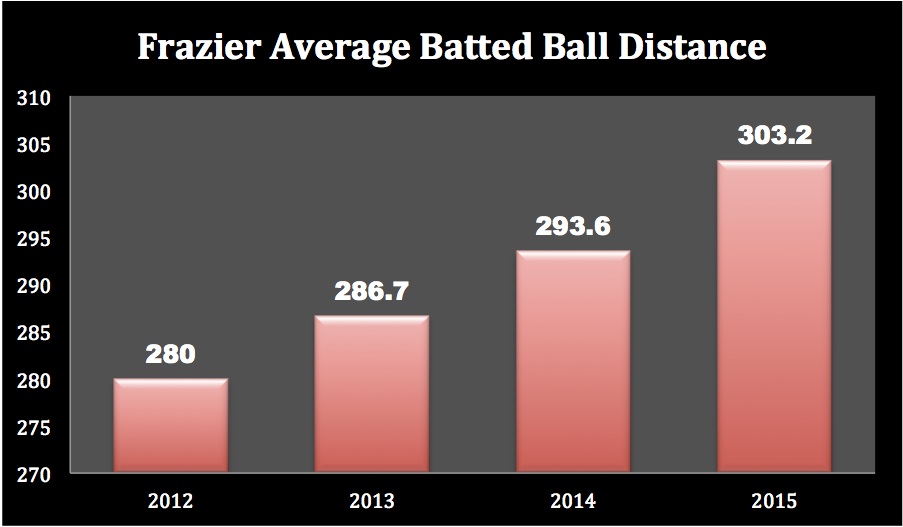 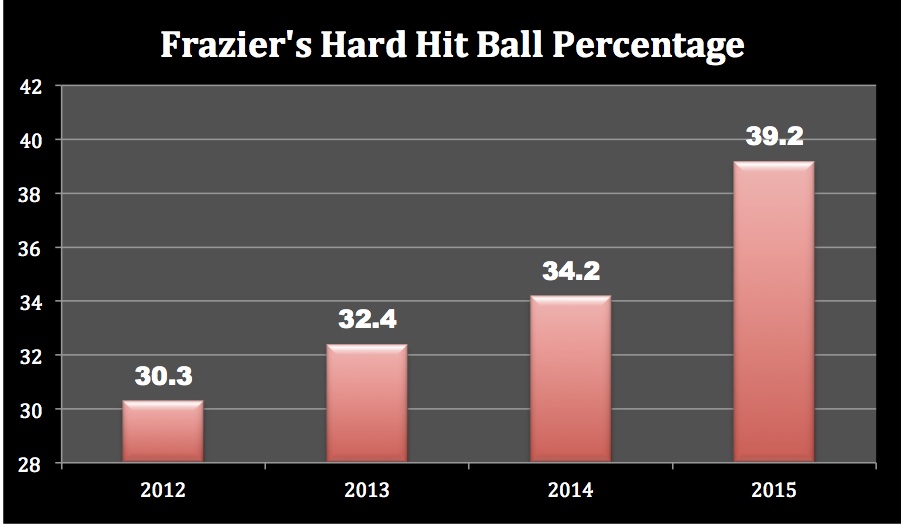 Frazier is still showing good coverage on the outer part of the plate. This was a crucial development last year that boosted Frazier’s home run number from 19 to 29. He hit more home runs to center and right field. Ã‚Â Here is Frazier’s heat map from this year, showing his isolated power (ISO) hot spots. 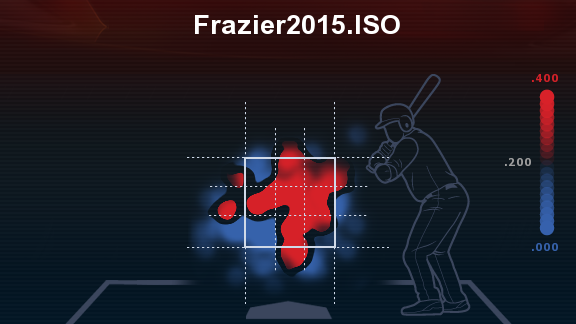 But Frazier so far hasn’t flashed as much opposite and centerfield power as he did last year, at least so far. Here’s a comparison of his spray charts, with 2015 on the left. 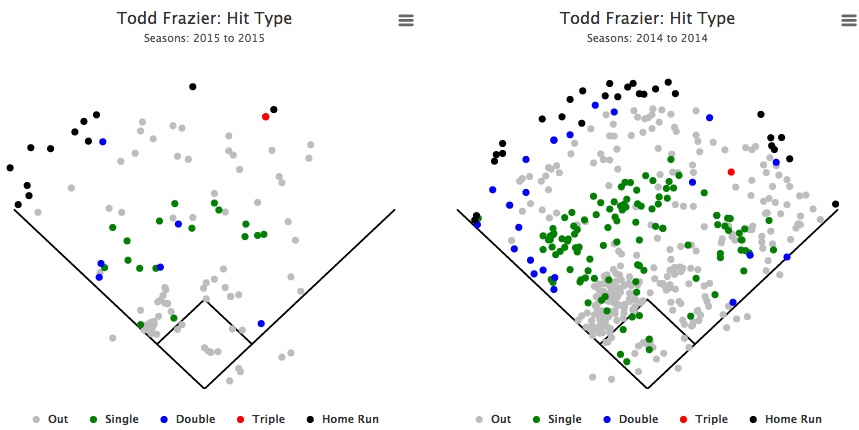 Yes, practically every shred of data points in the direction of higher production for Todd Frazier in 2015. But before we start celebrating too much, it’s worth remembering a cautionary tale from 2014. Frazier showed similar gains in O-Swing, swinging strikes, line drive, walks and strikeouts last year. We even published an article like this one just about a year ago, only to see Frazier go through a massive slump in the second half of the year. At the All-Star break, he was hitting .290/.353/.500 with and ISO of .210. For seven weeks after that, Frazier cratered, along with many of his teammates. He averaged one extra-base hit a week during that stretch. He bounced back a bit the final three weeks of the season. At the end of the roller coaster, Frazier’s numbers had settled back into his career norms.

So what does that say about 2015? On the one hand, it confirms that strong early starts, like the one Todd Frazier is enjoying right now, can be undone by late-season slumps. That career arcs are hard to budge. On the other hand, Frazier’s numbers look crazy good right now. If he could find a way to avoid that terrible patch and if Alex Gordon would quit running through fences to catch Frazier’s extra-base hits, SuperTodd could obliterate his career-best numbers, hang a sharp left on his aging curve and put himself at the top tier of NL leader boards.

Todd Frazier will remain under Reds team control through the 2017 season. He’s signed for $7.5 million next year and is eligible for arbitration in 2017. If the Reds do pursue a serious rebuilding effort, will Frazier be a part of it? After trading Cueto, Leake, Chapman and more, the Reds might not be contenders again until 2017 or 2018, with Frazier gone off to free agency. Should the Reds entertain thoughts of trading Frazier at the end of 2015 to get maximum return? With two cost-controlled years remaining before SuperTodd reached free agency, he would bring back a huge windfall of players. On the other hand, he might be exactly the kind of cornerstone veteran the team needs in its next stage of competition.

But the good news is, all signs are pointing to an extremely productive year for Todd Frazier.