Marlon ByrdÃ‚Â is on a serious roll. Byrd hit his sixth home run in the month of May in the 8th inning, which broke a 3-3 tie. Byrd finished the game with 3 RBI’s.

Johnny Cueto pitched well once again for the Reds, as he allowed just two runs in seven innings. After Tony Cingrani gave up the Reds 3-2 lead in the 8th inning, Aroldis Chapman didn’t allow the Reds new-found lead in the 9th inning to get away. He finished off the Giants 1-2-3 in the 9th inning, striking out two, as the Reds beat the Giants 4-3 on Thursday night. The Reds are now above .500 at 18-17. 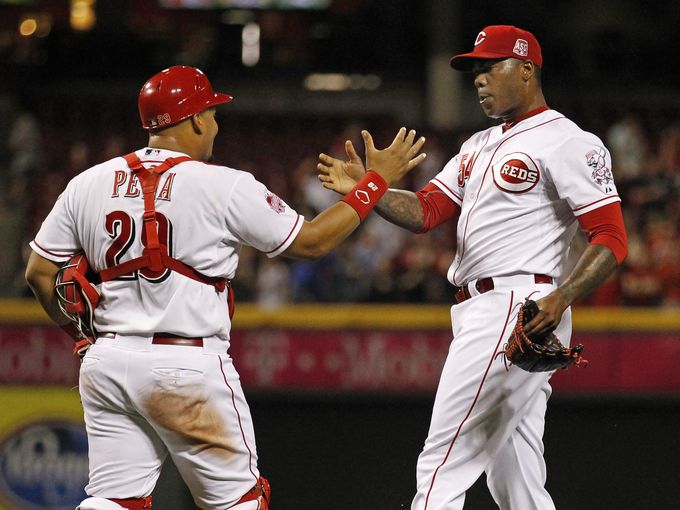 According to FangraphsÃ‚Â WPA statisticÃ‚Â (winning percentage added), the most important play of the game wasÃ‚Â Marlon Byrd’s solo home run in the 8th inning, giving the Reds a 4-3 lead.Ã‚Â That play increased the Reds chances of winning by 32.0% (from 55.3% to 87.3%)

Patient AB’sÃ‚Â will go a long way for a team. The Reds got Tim Lincecum up to 99 pitches in just 4.2 innings, and chased him out of the game. The Reds forcingÃ‚Â the Giants to go to their bullpen in the 5th inning of the first game of a four game series is huge.

Johnny CuetoÃ‚Â got off to a tough start in the first inning, but boy did he ever recover. Cueto allowed a run in the first inning, after giving up two hits and a walk. Cueto balked in another run in the third inning, as the Reds fell behind 2-0. Cueto then struck out 7 of the next 10 Giants batters, and gave the Reds a chance to come back. His line on the evening: 7.0 IP, 5 H, 2 ER, 3 BB, 9 K. 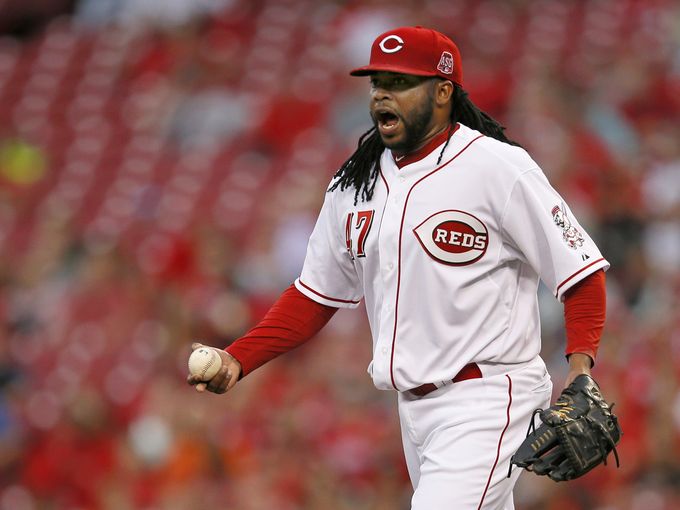 Zack CozartÃ‚Â hit two rockets tonight. One was a loud out on an incredible play by Angel Pagan. The other one was a single in the 5th inning. I am still skeptical on Cozart now being a decent hitter (his BABIP is 57 points higher than his career), but everyday I start to believe a little bit more. If Cozart could put up an OPS north of .700, he would easily be one of the top five SS in the MLB with his incredible defense. Cozart currently has a OPS of .908, after posting a .568 OPS last season.

PoorÃ‚Â Jay Bruce. The guy just can’t have anything go right for him. Nick Carrington did an excellent job covering Bruce’s poor luck here and here. It looked like Jay Bruce had a grand slam in the first inning, which would have done wonders for Bruce’s confidence, and probably given him some good will from Thom Brennaman for at least an inning. However, Bruce missed a grand slam by a few feet, despite hitting an absolute bomb to straight away CF.Ã‚Â The poor guy got booed after two strikeouts later in the game too. Five more feet, and he is the hero of the night.

Why is Skip in the lineup at 2nd base if his defense stinks and his bat is only good enough to hit 8th?

Tim LincecumÃ‚Â kept falling over on the mound all night. It was really weird. This literally happened three or four times. Bizarre.

The new commissioner should give the Reds some sort of award for this. Or a draft pick. I’ll take a draft pick. I must say, I love baseball as much as anyone, but I have really liked the quicker games. I definitely think this helps the casual fan.

Cardinals beat the Indians 2-1 this afternoon in Cleveland. Yours truly was in attendance for this one. Trevor Bauer pitched brilliantly for the Indians, holding the Cardinals scoreless into the 8th inning, while striking out 10. Bauer left in the 8th with a 1-0 lead, and with a runner on first base. Matt Carpenter then hit a cheap home run (literally out of the ballpark by a foot) off former teammate Marc Rzepczynski. The Cardinals won 2 of 3 against the Indians despite striking out 40 (!) times in the series.

Cubs beat the Mets 6-5.Ã‚Â The Cubs trailed 5-1 entering the bottom of the 5th, but were able to rally to complete an impressive four game sweep of the Mets. Dexter Fowler homered, and then scored the go ahead run on a passed ball in the 7th inning for the Cubs.

PiratesÃ‚Â lost to the Phillies 4-2.Ã‚Â Aaron Harang pitched 8.0 scoreless innings against the Pirates today (5 H, 1 BB, 6 K). After taking the first two games of the four game series in the Philadelphia, the Pirates had to settle for a series split after they dropped the final two games. The Pirates fell below .500 at 17-18.

Brewers were off.Ã‚Â They begin a three game series in New York against the Mets tomorrow.

Opponents are hitting .312/.358/.536 vs Jason Marquis this season. His rotation spot does not appear to be in question. #Reds