Joey Votto is rapidly climbing his way up the ladder of the best home run hitters of all time. As he climbs higher and higher there are fewer and fewer people above him. The names he is passing get more famous with each rung on the ladder as well. Last night Votto hit the 170th home run of his career. The blast moves him into the top 400 home run hitters in baseball history. He is now tied at #400 with 5 former major league greats including one Hall of Famer and another guy who might get into the Hall one day. Joe Cronin, Bob Elliott, Jim Ray Hart, Kevin Millar and Tim Raines all ended their careers with 170 home runs. You can read more about them below.

The home run travelled 389 feet to right-center field and came on a 76 mph curveball thrown byÃ‚Â Milwaukee Brewer’s starter Kyle Lohse. It was the second time Joey has taken Lohse deep in his career. Votto has homered against 141 different pitchers. This was the 22nd long ball the Reds first baseman has hit against Brewers pitching, more than any other team (Cubs 2nd with 19). Votto has hit home runs against 25 of the 30 MLB teams and has gone deep in 22 different ballparks. 264 of Votto’s 569 career RBI have come on home runs.

Votto has homered twice against Ã‚Â numerous pitchers. The most he has hit against any pitcher is three, but he has done that against five pitchers: Zack Greinke, Kameron Loe, Mike Pelfrey, Fernando Nieve and Tony Sipp.

I will try my best to keep you up to date with his progress up the home run ladder as the season progresses. So far he has been hitting home runs frequently, which could make it difficult for me to keep up since these articles take a long time to research. Hopefully Joey will continue blasting dingers faster than I can write them up. There are a lot of interesting facts and triviaÃ‚Â to learn about the players Joey is passing. HeÃ‚Â is going to be a Red for a long time to come, so I wonder how far he will climb this ladder before he retires. It should be a fun story to follow.

Joey began this season in 433rdÃ‚Â place with 163 career home runs. He now has 170 home runs and is tied for 400th place with the following players: 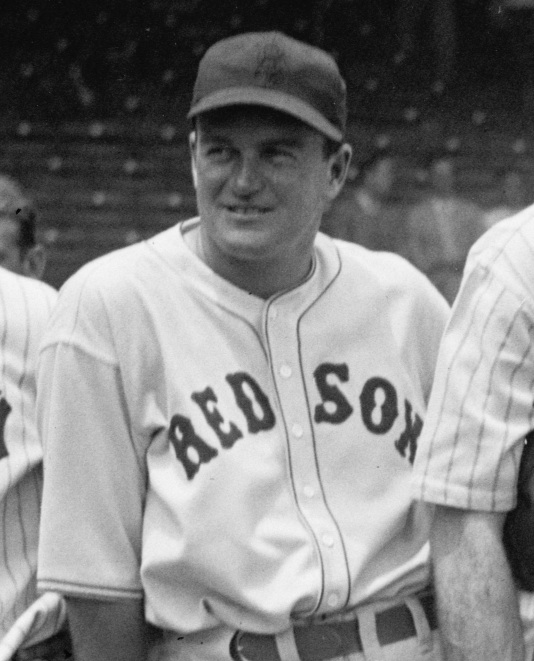 Joe Cronin — His 20 year career spanned from 1926 to 1945 with the Pirates, Senators and Red Sox. He was not a true slugger, topping out at 24 home runs in 1940 — and that was the only year he reached even 20 longballs. He walked more than he struck out in his career. He finished with a .301 career batting average and an OPS+ of only 119, which is quite low for a player who would be elected to the Hall of Fame. Cronin became the player-manager of the Senators in 1933 and led the team to the World Series where they lost to the New York Giants. In 1935 Cronin was traded to the Red Sox and spent the next 11 years as the player-manager of that club. In 1946 he retired as a player but remained the Red Sox manager for two more years, including another World Series loss, this time to the Cardinals (boo). Cronin then spent the next 11 seasons as the General Manager of the Red Sox. He led them through a time of gradual decline as they fell out of contention. During his long tenure as General Manager he never signed or traded for a black player. In fact the Red Sox becameÃ‚Â the last major league team to signÃ‚Â a black player in 1959 — after Cronin was gone. Ã‚Â Cronin then spent the next 14 years as President of the American League. Cronin never won an MVP Award. The first year for the official baseball writers’ MVP Award was 1931, but he did winÃ‚Â the Sporting News MVP Award in 1930. Cronin was born shortly after his family lost everything in the 1906 San Francisco Earthquake. 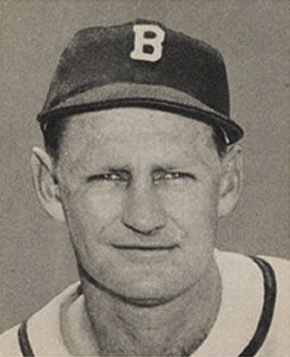 Bob Elliott — Played 15 years from 1939 to 1953 with the Pirates, Boston Braves. NY Giants, Browns and White Sox. He was a seven time All Star and won the 1947 MVP Award in his first year with the Boston Braves. Like Cronin, Elliott also peaked at 24 home runs and walked a lot more than he struck out. He spent his first few years playing in Forbes Field in Pittsburgh, which was a very difficult place to hit home runs. In 8 years in Pittsburgh he averaged only 6 home runs per year, but during his 5 years in Boston he averaged 20 homers. Elliott was also a very good defensive player. He retired with the highest slugging percentage of any NL third baseman up to that point. Elliott was exempted from service in World War Two because he wasÃ‚Â drilled in the head with a batted ball in 1943. 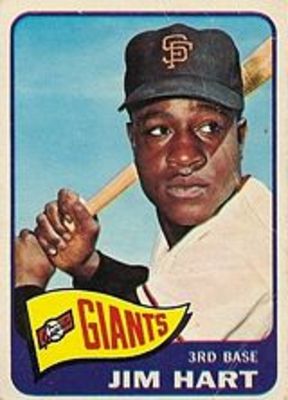 Jim Ray Hart — Played 12 years from 1963 to 1974, mostly for the Giants and the last couple years with the Yankees. The most home runs he hit in a year was 1966, when he hit 33 dingersÃ‚Â and made his only All Star team. He was a third baseman and by all accounts was not a good one. He was such a poor defender that the team could not afford to keep his excellentÃ‚Â bat in the lineup. Because of that he became a part-time player after his first 6 seasons. Hart averaged 27 homers per year when he was a starter, but only 6 per year after that. Ã‚Â He once hit for the cycle and had 6 RBI in one inning in the same game. Finished second to Dick Allen in the 1964 NL Rookie of the Year balloting. 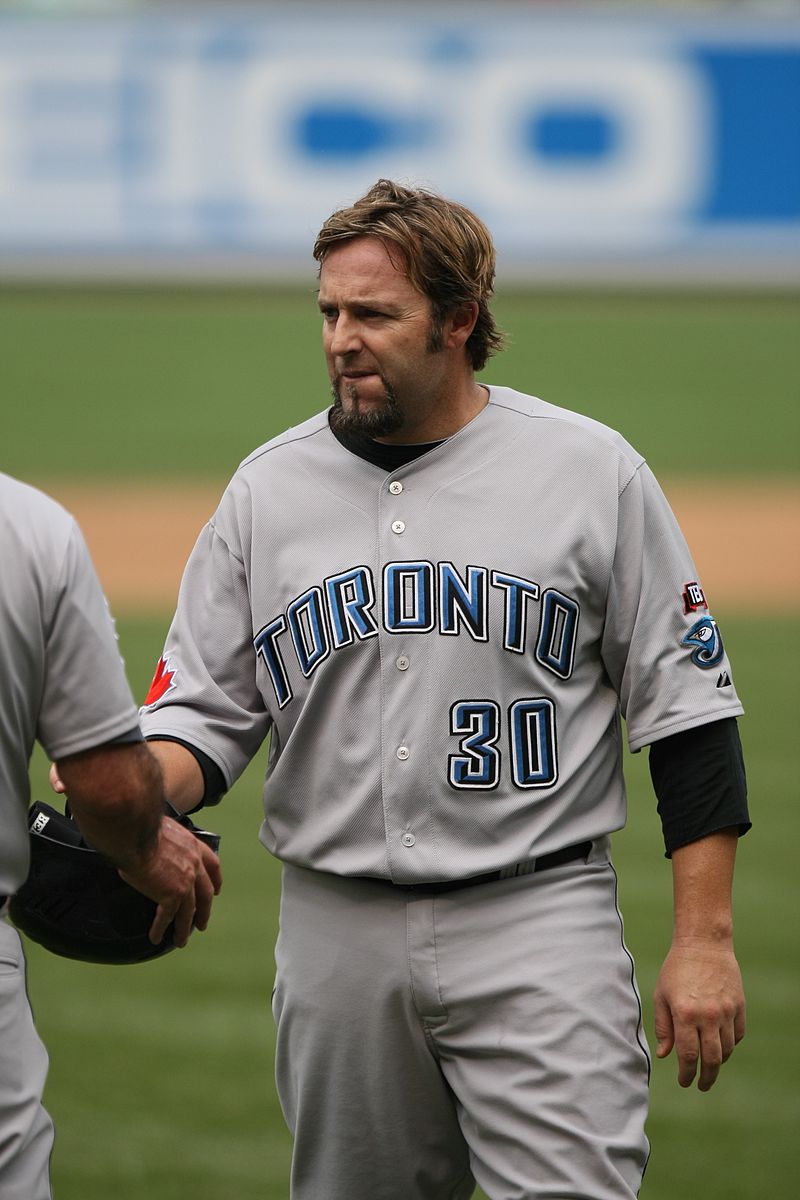 Kevin Millar — Perhaps best known as the co-host of Intentional Talk on the MLB Network, Millar had a 12 year career with the Marlins, Red Sox, Orioles and Blue Jays from 1998 to 2009. After the 2002 season, the Marlins sold Millar to the Chunichi Dragons in Japan but the Red Sox broke an unwritten rule and claimed him on waivers. The most home runs he ever hit in a year was 25 in 2003, his first year in Boston. He was a solid player but never made an All Star team. During his career he was one of the few players whoÃ‚Â declined membership in the MLBPA players’ union. Millar holds the record for most MLB games played by a non-drafted player who began his career in the Independent Leagues. 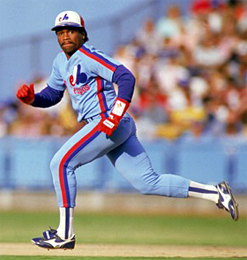 Tim Raines — The switch-hitting left-fielder hadÃ‚Â a very long 23 year career from 1979 to 2002 with 6 teams, most notably the Montreal Expos. He was not much of a home run hitter, topping out at 18 long balls in 1987. He was the prototypical leadoff hitter. He stole 808 bases, placing him 5th on the all-time list behind only Rickey Henderson, Lou Brock, the original Billy Hamilton and Ty Cobb. He is 53rd on the all-time Runs Scored list with 1571. Raines was a 6-time All Star and is often considered a strong candidate for the Hall of Fame. He received 55% of the Hall vote this year, falling short of the necessary 75%. His vote percentage has been steadily increasing each year. Raines hit .334 in 1986 and won the NL batting title. He was successful on theÃ‚Â first 27 stolen base attempts of his career, a major league record. Finished second to Fernando Valenzuela for the NL Rookie of the Year Award in 1981. Early in his career he was a heavy cocaine user, even carrying a vial of the drug in his back pocket during games. He slid head first to avoid breaking the vial. He and his son Tim Raines Ã‚Â Jr. became the second father-son duo to play together on the same major league team with the Orioles in 2001. The first duo was Ken Griffey Junior and Senior.

With his 7 home runs, Joey Votto has passed 37Ã‚Â players this season, including 3Ã‚Â Hall of Famers and 3Ã‚Â former Reds: