The Reds fell 9-3 in their third game this spring, and are now 1-2 in Cactus League play. The Reds had good debuts from Johnny Cueto and Aroldis Chapman. Burke Bradenhop struggled in his debut. Manny Parra, Jose Mijares, Dylan Axelrod, and Michael Lorenzen also made appearances.

Johnny Cueto made his 2015 debut, and looked pretty good: 2.0 IP, 1 H, 0 R, 0 BB, 2 K. Cueto did have an interesting moment in the second inning. Cueto tried to quick pitch to David Murphy (didn’t go into his usual long wind-up), but Murphy ripped it for a single. Then, eerily of the 2013 wildcard game in Pittsburgh, Cueto dropped the ball, and was called for a balk. All in all, it was very solid and encouraging start for the Reds ace.

After his appearance, Cueto had this to say (courtesy of John Fay of the Cincinnati Enquirer):

“Thank God, I felt really well today. I worked with location. Everything I threw I wanted to keep down, and that’s what I did today. Everything worked the way I wanted. I could have thrown more innings if they wanted, but they wanted me to throw 25 pitches. I actually had 25 pitches thrown. That was good enough.”

Jay Bruce was shifted against in the second inning (only the third baseman was on the left side of the infield). Bruce then proceed to hit a sharp single to the opposite field for a base hit. It was nice to see Bruce take the ball the other way and beat the shift.

Burke Badenhop also made his Reds debut, and it went less than spectacular. Badenhop allowed 5 hits and 5 runs, including a 2-run homer to Indians catcher Yan Gomes. Badenhop only allowed 1 home run in 70 games last season for the Red Sox.

Eugino Suarez made an error on a routine double play ball. Sure, it’s only the third day of baseball games, but it was one of those plays that will stick with you. Suarez is “battling” Cozart for the SS position.

The Reds also played a “B” game today (didn’t count towards their Cactus League record), and lost 7-4. Juan Duran homered, according to Jamie Ramsey. Other players to appear in that game included Nick Howard, Jesse Winker, Neftali Soto, Nick Travieso, and Amir Garrett.

(Reds vs Indians from 3/5 will be re-broadcast at 6:00pm on Friday on the MLB Network)

News and notes today about the Reds:

Rob Neyer: Three reasons to watch the Reds in 2015 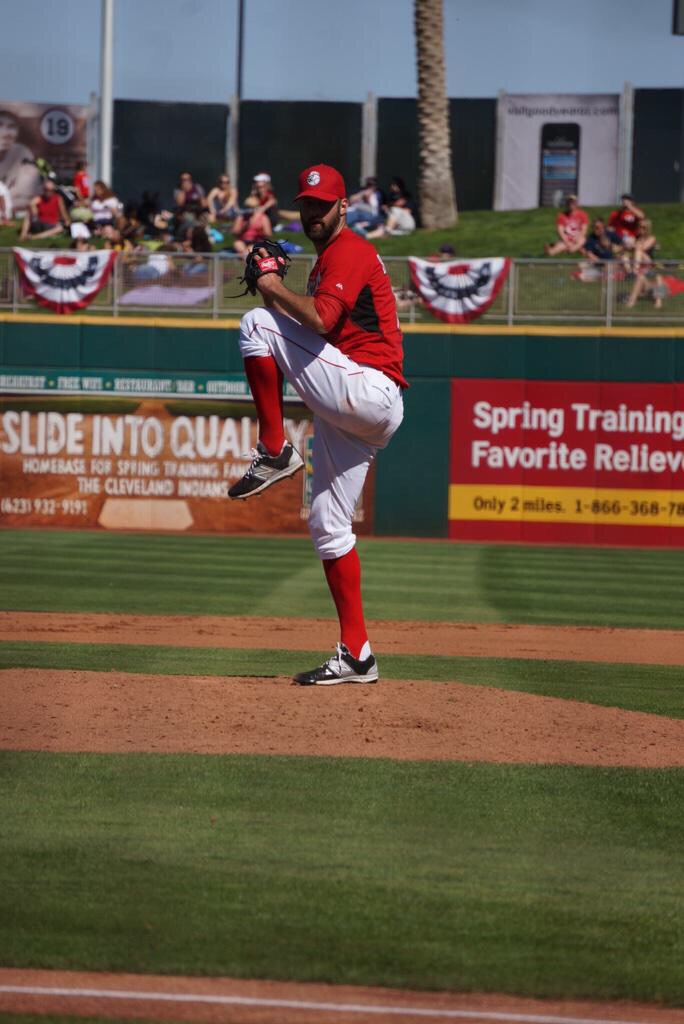 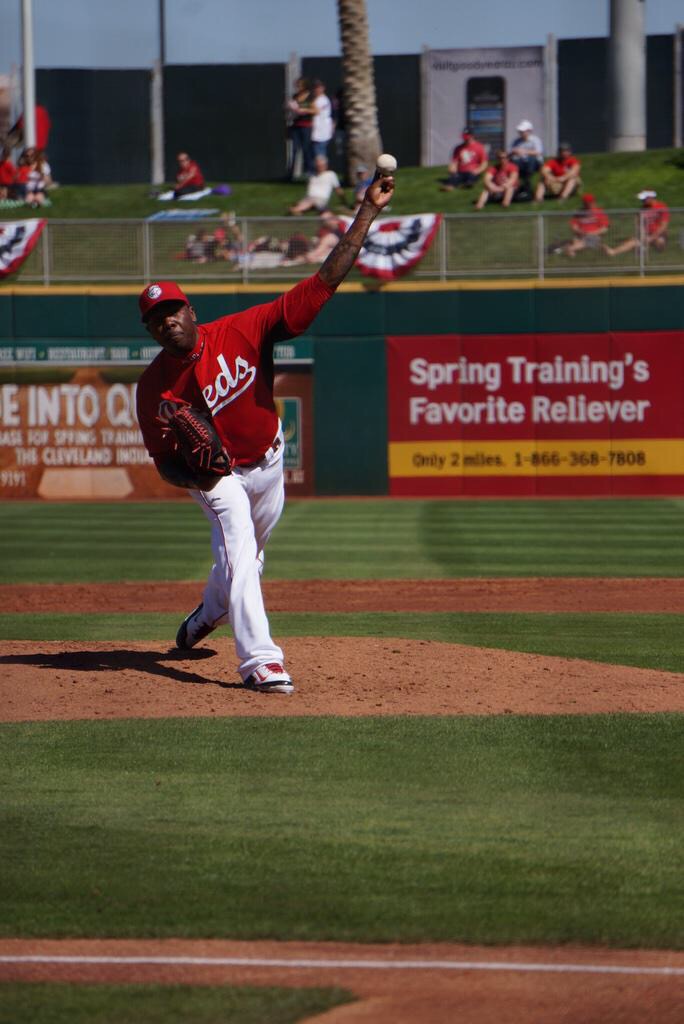