[This post was filed by Maria Schwartzman, who attended the Western Tour Reds Caravan event in Bloomington, IN. Thanks, Maria!]

A few hundred people showed up to College Mall in Bloomington, IN, this morning to welcome the Reds to town. Bloomington is about 3 hours away from Cincinnati, with a large contingent of Reds fans in the basketball-crazy college town. The crowd felt quite a bit larger than last year’s (when we had some snow) and we waited a little over an hour in line to see the guys – Billy Hamilton, Jesse Winker, Jim Kelch, Jeff Brantley, and Glenn Braggs.

Jim seemed to hurry us through the Q & A section after making all of his announcements. Last year it felt like we had a much longer amount of time to ask questions before getting autographs; I’d be curious to know if he hurried the other stops on the West tour as well, or if he felt like there were so many people here that he had to hurry up so that everyone could get through the line before the tour had to leave for Indianapolis, where they were due at 3pm.

We did get some great responses to the general group questions, though. Asked to Glenn Braggs, “Did Randy Myers ever buy you a steak dinner for catching the ball against the wall?”, he replied that he didn’t think he ever got that steak dinner, but Randy said he threw that pitch so Glenn could become famous. A little kid asked Billy Hamilton why he wore the number 6. Billy replied that it was the only single digit the Reds had, and wearing too many numbers on your back slows you down. 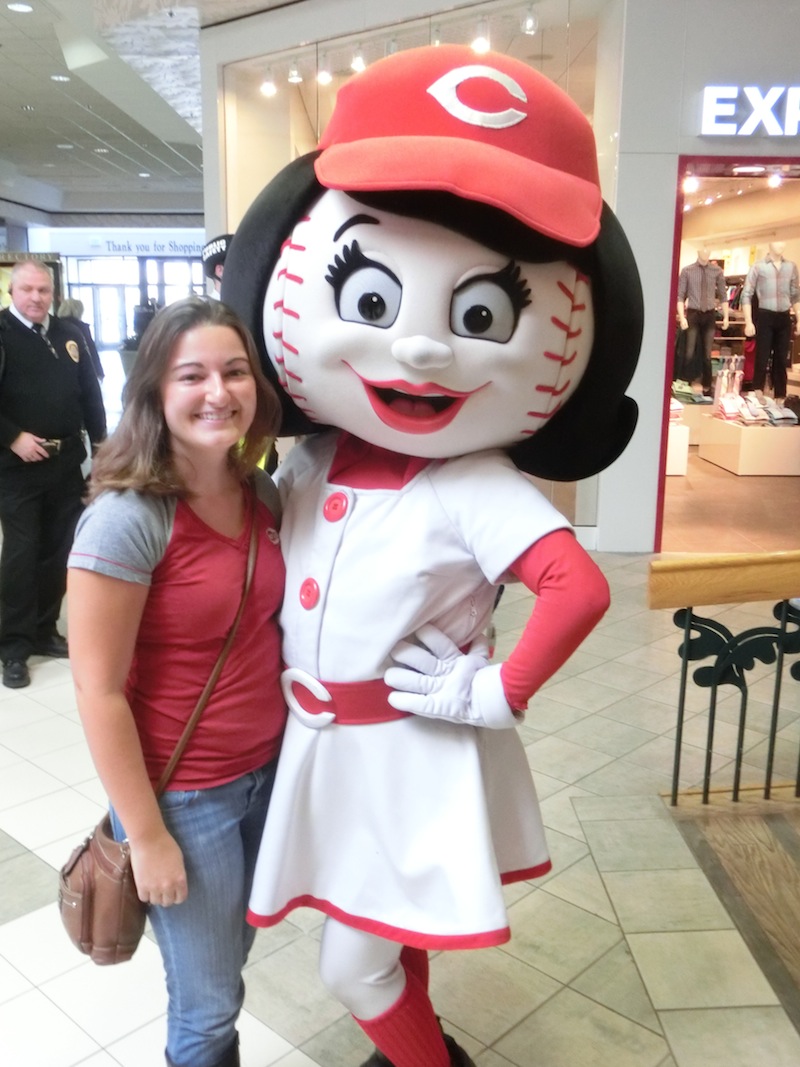 My fiance Eric and I also asked questions to each guy on stage as we got their autographs. I asked both Jim Kelch and Jeff Brantley if they had any tips on how to keep from getting a sore throat while talking so much (I’m a teacher and this is a problem for me), but neither of them did. I also asked Jesse Winker if he would show up Marlon Byrd during Spring Training, to which he laughed and replied that was his intention. Eric asked Billy if he always has a green light to steal – the answer is yes! – which makes us happy. We told him we really enjoy watching him play. Finally, we asked Glenn Braggs if it hurt when he broke the bat on his back. He said no, that he only knew it had happened because he heard it break and then saw that most of his bat was missing. He told us he had done the same thing 3 times with the Brewers and 3 times with the Reds. All the guys were very nice and friendly, and we thanked each of them for doing the Caravan.

Before waiting in line, we went to check out all the goodies you can buy (Hall of Fame-opoly, posters) and take (schedules, tourism info, stickers) from the Reds Hall of Fame booth. There was a large picture of Tony Perez swinging, and one of the staff, Mark, told us they are putting in a Perez statue near the HoF this August. He also told us that they are hoping to follow the trajectory of the ball and have a large baseball statue embedded in a building across from the statue, like he hit the ball into the building! Hopefully that can actually happen. Mark also told us that there are fun little things like that all over the ballpark that a lot of people don’t realize (but they tell you about if you go visit the HoF), such as a tidbit about the Rose Garden: there is a large rose garden visible from the HoF that consists mostly of red roses, but there is one white rose that marks the exact spot where Pete Rose’s hit #4,192 landed at Riverfront Stadium.

Despite such a large crowd, we had another good time at this year’s Caravan. We picked up a matted version of Reds Hall of Fame poster (last year we just got the poster, and it’s a weird size that they don’t make frames for, so it’s just been stored away instead of hung up). Rosie the Red was at our stop and was a hit with both the kids and adults – much better than last year’s Gapper. We hope to see the Caravan come back to Bloomington next year. 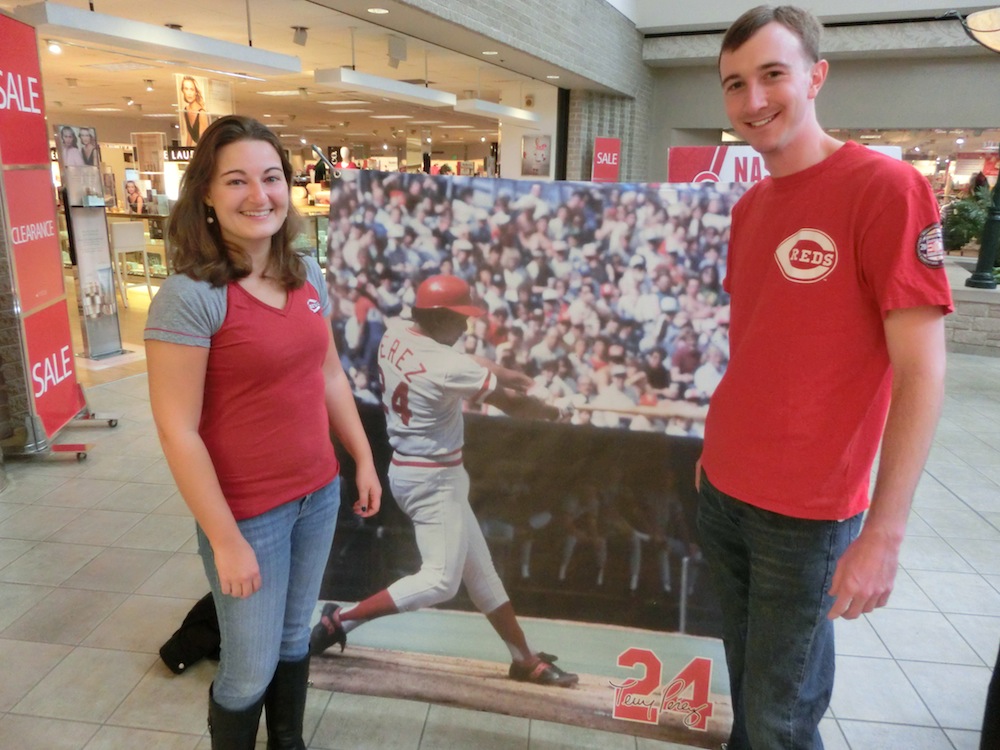