This post was written by Warren Leeman, better known in the Nation as Shchi Cossack.

Unless the right opportunity evolves, I’m not in favor of trading any of the minor league prospects right now. I’m not convinced that any of those prospects, except Jesse Winker, are an absolute lock for a solid major league career. I am convinced that the Reds have enough really good prospects that some of them will develop into solid major league players, but if the Reds trade the wrong prospects without getting a proper return, then there goes the future. The free agent market is completely picked over with nothing but over-priced scraps left for the taking. The short-term trade rentals are over-valued and over-priced. Winker will be the starting LF on opening day of 2016 and will dominate NL pitching for the following 6-8 seasons, but Winker needs time at AAA to fully prepare for his major league debut.

The Reds already have the bats (if and when healthy) to provide the necessary middle-of-the-order punch. Joey Votto, Devin Mesoraco, Jay Bruce and Todd Frazier can match up with any team. If those four hitters are not healthy and productive in 2015, then LF is probably irrelevant. What the Reds don’t have are hitters who get on base consistently and frequently. The Reds are apparently committed to Billy Hamilton hitting at the top of the lineup. We have to hope that Hamilton will ‘get it’ while developing at the major league level and become one of the hitters the Reds need who get on base.

The Reds need two outfielders to fill out the 25-man roster and have two openings on the 40-man roster. Unlike other contributors on this site, I believe that the poor man’s roster solution of an outfield platoon could actually make sense. This is not an altruistic option designed to Ã¢â‚¬Ëœgive the kids a chanceÃ¢â‚¬â„¢.

Internal options could provide a viable solution for the LF dilemma in 2015. The Reds already have the top-of-the-lineup hitter they need in Votto and plenty of thumpers to hit behind him in Mesoraco, Bruce and Frazier. The issue then becomes the LF platoon to hit in the #6 hole in front of Brandon Phillips and Zack Cozart/Eugenio Suarez. I will add one BIG disclaimer and caveat Ã¢â‚¬Â¦ Skip Schumaker must be relegated as the fifthÃ‚Â OF and the last option for any regular playing time.

Any time Donald Lutz has had consistent, healthy playing time, he has produced.

The Big Lutz is already on the 40-man roster. He also has a significant platoon split, hitting +0.100 OPS better against RHP. That makes him a solid candidate for a LH platoon and a LH pinch hitter off the bench. If Lutz falters, Felix Perez is waiting in the wings to step up and take a shot at a LH platoon option.

I initially considered Steve Selsky as the best internal option for a RH platoon partner, but Selsky lacks the power expected from a corner OF and also lacks the severe platoon split. Selsky did manage a solid OBP (0.379) against both RHP and LHP over four minor league seasons and OBP is exactly what the Reds lack as a team. SelskyÃ¢â‚¬â„¢s upside is a utility outfielder at the major league level, so the Reds wouldnÃ¢â‚¬â„¢t be sacrificing the development of a top prospect.

I looked for another internal option as a RH platoon partner and Jason Bourgeois stepped up and smacked me upside the old noggin. I have never been a fan of Bourgeois since he signed a minor league contract with the Reds prior to the 2014 season, but Bourgeois has a severe platoon split, hitting +0.260 OPS better (310/.358/.405) against major league LHP. If Jason Bourgeois falters, Steve Selsky is waiting in the wings to step up and take a shot.

If Hamilton continues his 2014 second-half performance during 2015, Jason Bourgeois provides an alternative in CF as part of a platoon or for resting Hamilton. The Big Lutz provides an alternative for resting Votto at 1B while keeping Frazier at 3B. If Winker continues to destroy minor league pitching (0.890 OPS over 3 minor league seasons & 0.999 OPS in 2014 AFL) and the Reds are in the playoff hunt in August, Winker can get the call in August (see ya Schumaker!) and start in LF.

Then we can play the Ã¢â‚¬Ëœwhat ifÃ¢â‚¬â„¢ game. What if the Big Lutz puts up an 0.800+ OPS or even a 0.750+ OPS over 400+ PA in 2015? Suddenly, the Reds have a cost-controlled, slugging OF asset with Winker and Bruce (and possibly Hamilton) locked in to start in the Reds OF for 2016. How valuable would such an asset (or possibly Bruce after reestablishing his productivity) be during the 2015 off-season? A cost-controlled, slugging OF could be the key to obtaining the starting SS the Reds are going to need in 2016. 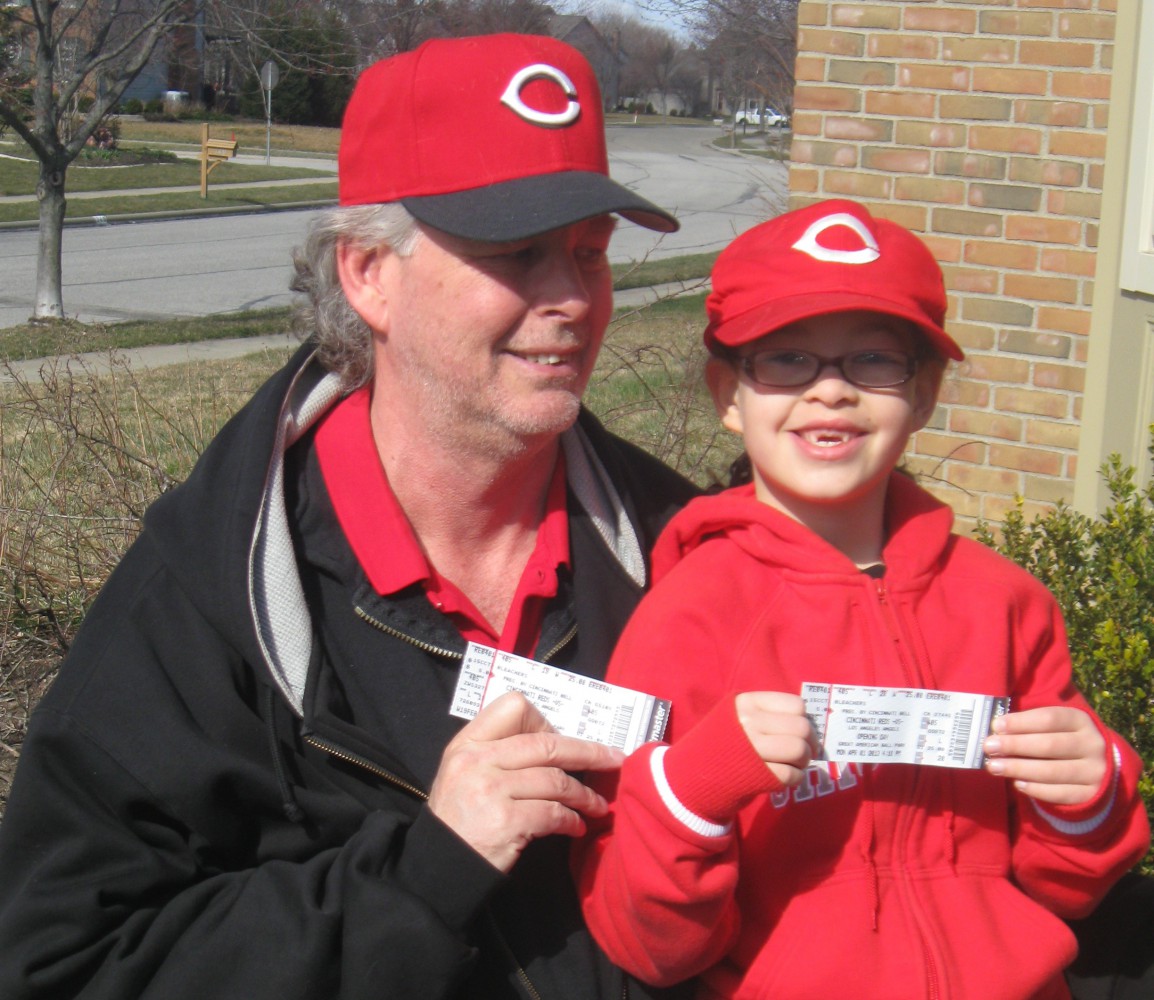