[You may remember my friend John Barrett, a life-long Brewers fan. Full of optimism, John wrote back in March of his hope and expectations for Milwaukee’s season. Now that the Brew Crew almost certainly shares a dreary fate with the Reds, John touches base with us again, so to speak. Thanks, JQB. — spm]

Put this post title down as a tribute to Robin Williams.

And put it down as a Milwaukee Brewers fan’s somewhat ironic, somewhat desperate, howl of slim hope.

The Brewers, you will recall, zoomed in April to a fast start and a big NL Central lead. In May they came back toward the pack. In June they got hot again, and then they slumped badly in early July. But they won a key Sunday game and held their lead going into the All-Star break. Thereafter, they surged again, building an especially impressive road record (although not, you’ll note, in Cincinnati). On August 25th, they crushed the Padres in San Diego, 10-1. The Brewers’ record then was 73-58. They led St. Louis by a game and half, and Pittsburgh by six.

Yes, that was nine losses in a row. In only only! ten days, the Brewers had landed four games behind the Cardinals. Then Milwaukee, at home, lost two of the next three against the Cardinals, and then two to the Marlins. (If you’re not using both fingers and toes to keep count, that was a 1-13 stretch.)

Then Milwaukee somewhat righted itself. The Brewers took the last two from Florida, and then two of three from your Reds. But St. Louis stayed hot and so did Pittsburgh. So as last week began, the Brewers were five games out in the division (behind the Cardinals) and a game a half out of the wild card (behind the Pirates).

Since last week, the Brewers are on the road. In six games so far, they’ve gotten great starting pitching. But Milwaukee has not been hitting or scoring much, which has been a theme since the season turned bad. And they’ve had some poor fielding, and bullpen failures, and bad luck.

This might just be the story of a not-great team that came back to Earth. I don’t think so. As I wrote here at the start of the season, they are a good team. And they’ll play it out, however it goes.

So good morning, Cincinnati! Now the Brewers are your guest, finishing the road trip that will mostly seal their fate. I know it’s been a tough season for the Reds, and, reluctantly, I hope it gets tougher.

The Brewers today are 80-76, 5 games behind Pittsburgh and San Francisco in the NL Wild Card race. If the Brewers sweep three from the Reds and then go home to win their final three from the Cubs, well, they still need some amazing luck. 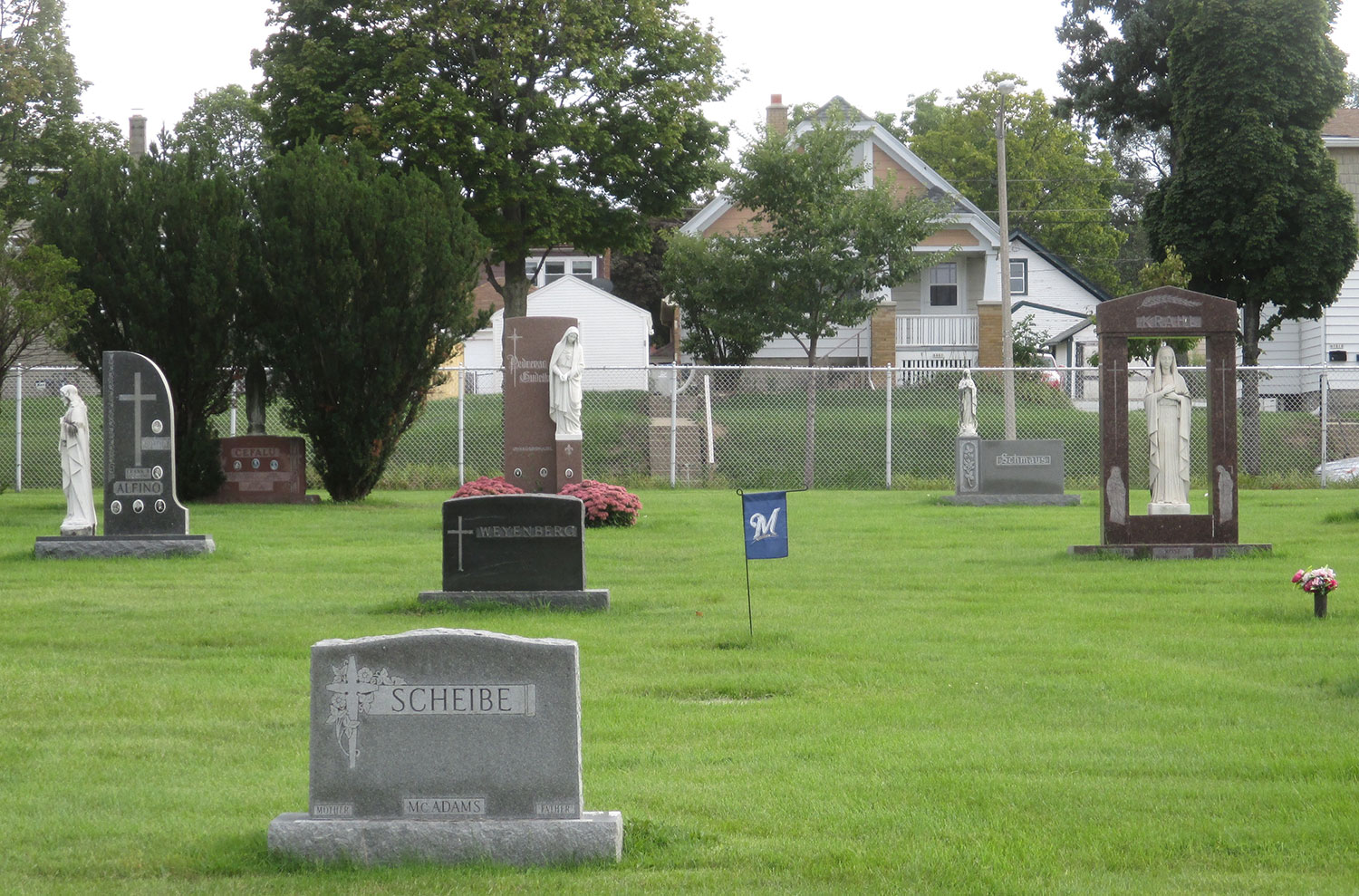 Holy Cross Cemetery, Milwaukee. John points out that not even death ended this fan’s devotion to the Brewers. And it also befits this dark moment of their season.