The Cincinnati Reds (71-82) will travel to St. Louis this weekend and play the Cardinals (85-68) for the final time in 2014. The Reds have already been eliminated from the postseason, and clinched a losing record for 2014. The Reds will however have a chance this weekend to play spoiler against their division rival, and hurt their chances of winning the NL Central.

The Reds come into this series having just been swept in Chicago, where they scored just 1 run (!) in the entire three game series. The Reds are 20-38 since the All-Star break, and their .345 winning percentage in the second half is the teams worst since 1914.

The Cardinals however come in thriving. They are 13-5 in their last 18 games (3 of those losses were against the Reds). The Cardinals currently hold a 2.5 game lead in the NL Central over the Pirates.

The Reds will have something to say about the NL Central and the NL Wild Card over their final 9 games of 2014. After the Reds finish up three games in St. Louis, they will come home for three games against the Brewers and Pirates to end the season. 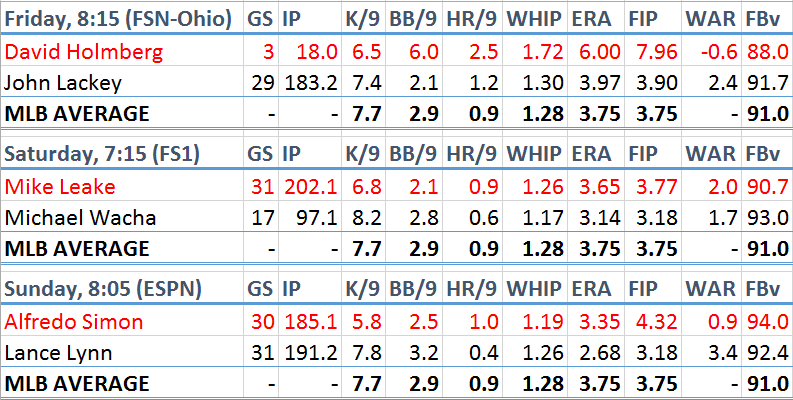