The Cincinnati Reds (71-79) will travel to Wrigley Field to play the Chicago Cubs (65-84) for the final time in 2014. The Cubs have already been officially been eliminated from the postseason, while the Reds elimination numbers are 1 in the NL Central, and 5 in the wild-card.

The Cubs have certainly had a worse season than the Reds, but the Cubs are playing baseball in September with a young, vibrant group of talented players. The Reds are just trying to make it to the end of the season without any more serious injuries. The Cubs do come into this series having lost 8 of their last 9 games.

By this point in the season you know more than you could ever want to know about the Chicago Cubs, so I will just give you the pitching matchups and the Cubs projected lineup for the series. 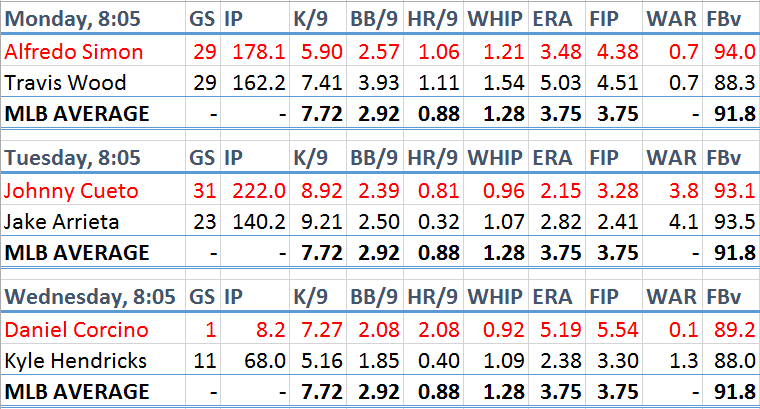 *Anthony Rizzo is currently listed as day-to-day with a back injury, but is expected to play Monday night. Rizzo has been out since 8/26.