The interesting name in here is Michael Wacha. He made his return to the Cardinals last week, pitching just three innings, as he was on an limited pitch count. The Cueto-Lynn matchup on Thursday afternoon features two of the better pitchers in the NL this season. 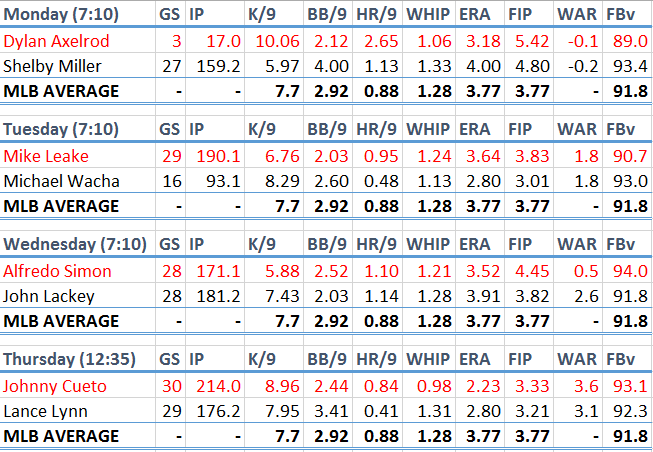 The Cardinals lineup #1 through #6 has been strong, with every player having an above average wRC+. The big story this season has been Jhonny Peralta. He has been exceptional for the Cardinals, posting a 127 wRC+ and 5.3 WAR.

*Matt Holliday is currently listed as day to day with back tightness, but he is expected to be in the lineup Monday night.