[Editors: This post was written by Seth and Natalie Coyle. Despite opposite rooting interests for four games of the year, Seth and Natalie loveÃ‚Â going to plenty of Reds games (home and road), the experience of the ballpark and of course the Scoreboard Stumper. Thanks for reporting back to the Nation! — spm]

What happens when two Ohio U grads, one from Cleveland and one from Cincinnati get married? Ã‚Â Life becomes the never-ending Battle of Ohio.Ã‚Â While we live in Cincinnati and both love the Reds, we make the trip north for a few Indians games each season, and the Tribe-Reds showdown is always a great time!

On our way in we had to check out the new statue unveiled this week in honor of Jim Thome, one of baseball’s “good guys”.Ã‚Â The statue is extremely impressive and is said to be placed in the exact spot of Thome’s longest HR in his Indian’s career—it’s a looooong way from home plate. 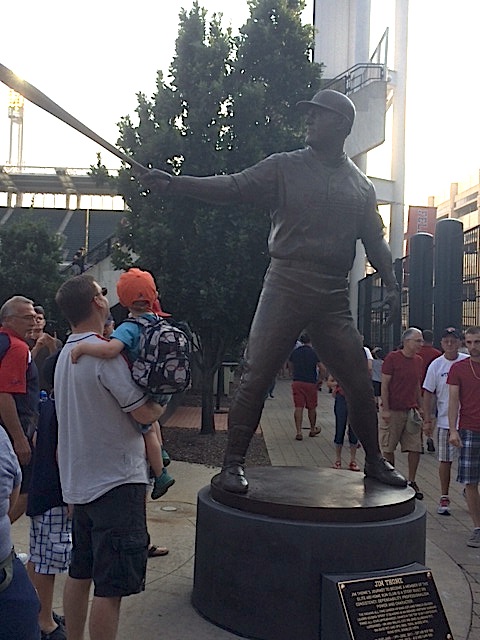 Going to the game with my Tribe loving in-laws began with a friendly debate over the merits of Omar Vizquel heading to the HOF. Ã‚Â I declined to be swayed to the majority opinion. One thing that wasn’t up for pre-game debate was the recent run Corey Kluber has beenÃ‚Â on vs the post All Star Break results of the Reds offense. If both sides held to form, it wasn’t going to be pretty for the Redlegs. Ã‚Â So I took the glimmer of hope I had with my Eric the Red jersey and took our seats in RF. 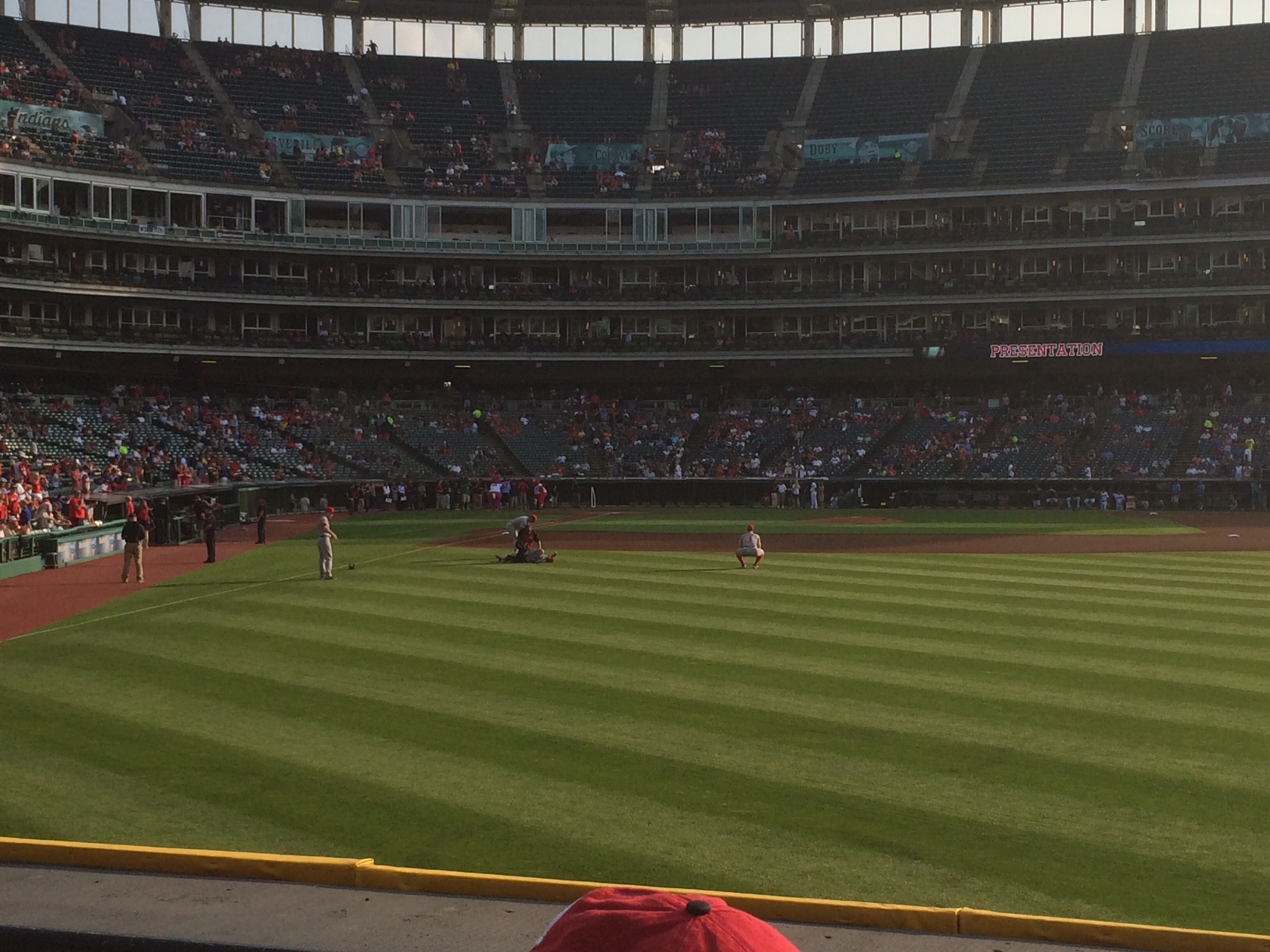 The crowd was fairly small for an intrastate matchup with perfect weather. However, the Reds had plenty of fans in attendance, the majority sitting down the first base side. The game itself held to our expectations, with Kluber dominating the Red’s lineup, (especially the bottom half) as Simon continued his 2nd half struggles.

Quote of the Night (In honor of RLN comments of the night): Ã‚Â Goes to my brother-in-law, after viewing former Indian Jack Hannahan as the Reds’ DH “Having Hannahan DH is like having Shaq shoot technical free throws.” Ã‚Â For the record, that was Hannahan’s eighth DH appearance in 593 career games.

If you are heading up to Tuesday’s game, or planning on a trip to Cleveland soon, here are some great spots to check out in and around the ballpark.

Craft Beer: Great Lakes Brewing Company, West 25th and Market. The restaurant and brewery offers a full menu in the dining room, as well as a brewpub in the basement with selections only available on-site. You can park near GLBC and take their Ã¢â‚¬Å“Fatty WagonÃ¢â‚¬Â to all Indians home games – free for customers, $1 for non-customers.

Craft Beer Runner Up: Market Garden Brewery, West 25th. Their beers are delicious, but I go for the beer cocktails which are creative and delicious concoctions. I happen to think the Ã¢â‚¬Å“beer cocktailÃ¢â‚¬Â will be the next big thing, and this is a great place to try them out! Market Garden also has a shuttle to the games.

Want to Try Your Luck?: Ã‚Â Cleveland’s casino is located 2 blocks from the stadium, just north of the house LeBron owns at the Q. The Horseshoe Casino renovated the old Higbee’s department store, which is known from the movie The Christmas Story. If you like burgers, check out Michael Symon’s B-Spot for a great burger between cashing in your winnings.

For Foodies: East 4th St. dining/entertainment district, just a few blocks from the stadium. Here you will find a plethora of choices including restaurants from three of ClevelandÃ¢â‚¬â„¢s most well known chefs (Greenhouse, Chef Jonathan Sawyer; Chinato, Zack Bruell; Lola Bistro, fine dining from Michael Symon). Choices also include more casual fare, comedy, live music at the House of Blues, and The Corner Alley with bowling and billiards.

Cleveland Original: The Winking Lizard, multiple locations including one at the triangle of Huron and Prospect near East 9th. A selection of bar/pub fare ranging from wings to sandwiches to pizzas. On top of that, they offer over a great variety of over 300 beers. I wish we had one in the Ã¢â‚¬ËœNati.

Cleveland Original/Late Night Eats: PaniniÃ¢â‚¬â„¢s, also multiple locations including one on West 6th and one on Huron (near the Winking Lizard). The menu primarily consists of sandwiches on fresh italian bread stacked high with deli meat, slaw, and French fries. They also serve delicious pizza. ItÃ¢â‚¬â„¢s just what you need to Ã¢â‚¬Å“put out the fireÃ¢â‚¬Â.

Ã¢â‚¬Å“Your DadÃ¢â‚¬â„¢s Beer StandÃ¢â‚¬Â located near the end of the first base line, this stand offers a variety of classic budget beers such as PBR, High Life, Natural Light, and even Iron City (I have to question this choice). You can even get a bag of Andy Capp fries or Pork Rinds if thatÃ¢â‚¬â„¢s your thing. 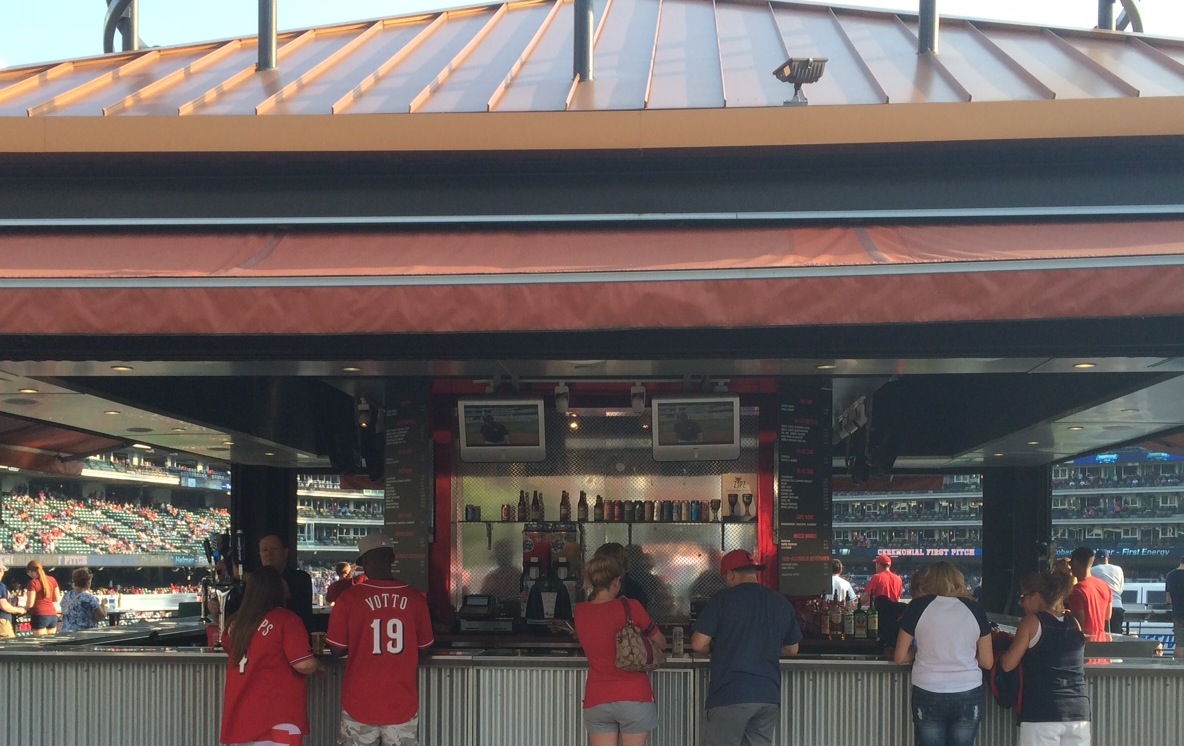 Need a break from the game, or looking for a great place to meet people? Head out to the party patio in centerfield. You will find numerous food and beer stands including an outdoor bar. This is a great area for mingling while you enjoy the game! There are plenty of food and beverage options along with picnic seating available here.

Progressive Field offers a wide variety of beers, including some local selections, these choices vary from stand to stand.

John Adams loyally beating his bass drum in the bleachers. What started out as a fun idea when Adams was only 21 years old has turned into an incredible tradition. Adams has missed only 38 home games in 40Ã‚Â seasons since 1973! He is the only fan to have his own bobblehead. Listen for his bass drum when the Indians are taking the field, have runners in scoring position, and when they have the lead in the top of the ninth. Great Lakes Brewing Company even brews a beer in Adams’ honor each season, the Rally Drum Red Ale, which is available in Cincinnati in April. 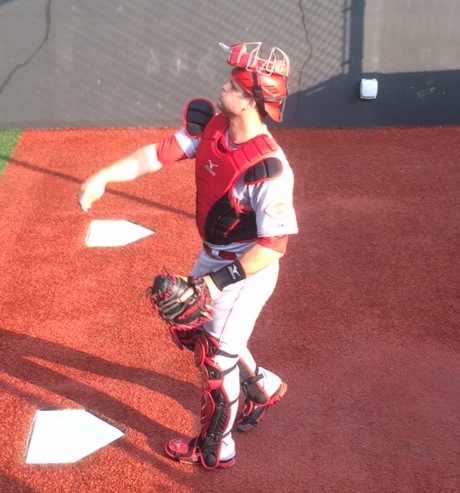 Progressive Field, known as “The Jake” because it used to be named Jacobs Field, is a great place to watch a game. Opened in 1994, it was the second of the modern ballparks with old-fashioned styling, following Camden Yards. The field has great sight lines from most of the seats and easily accessible concourses throughout. It is frequently mentioned as a fan favorite in national polls. Ã‚Â We sat in right field and had a great view of the Reds’ Bullpen, the Jumbotron, and the game itself.

We have always had an enjoyable time at these games. Ã‚Â Having toured many ballparks throughout the Midwest and East Coast, this park is excellent. 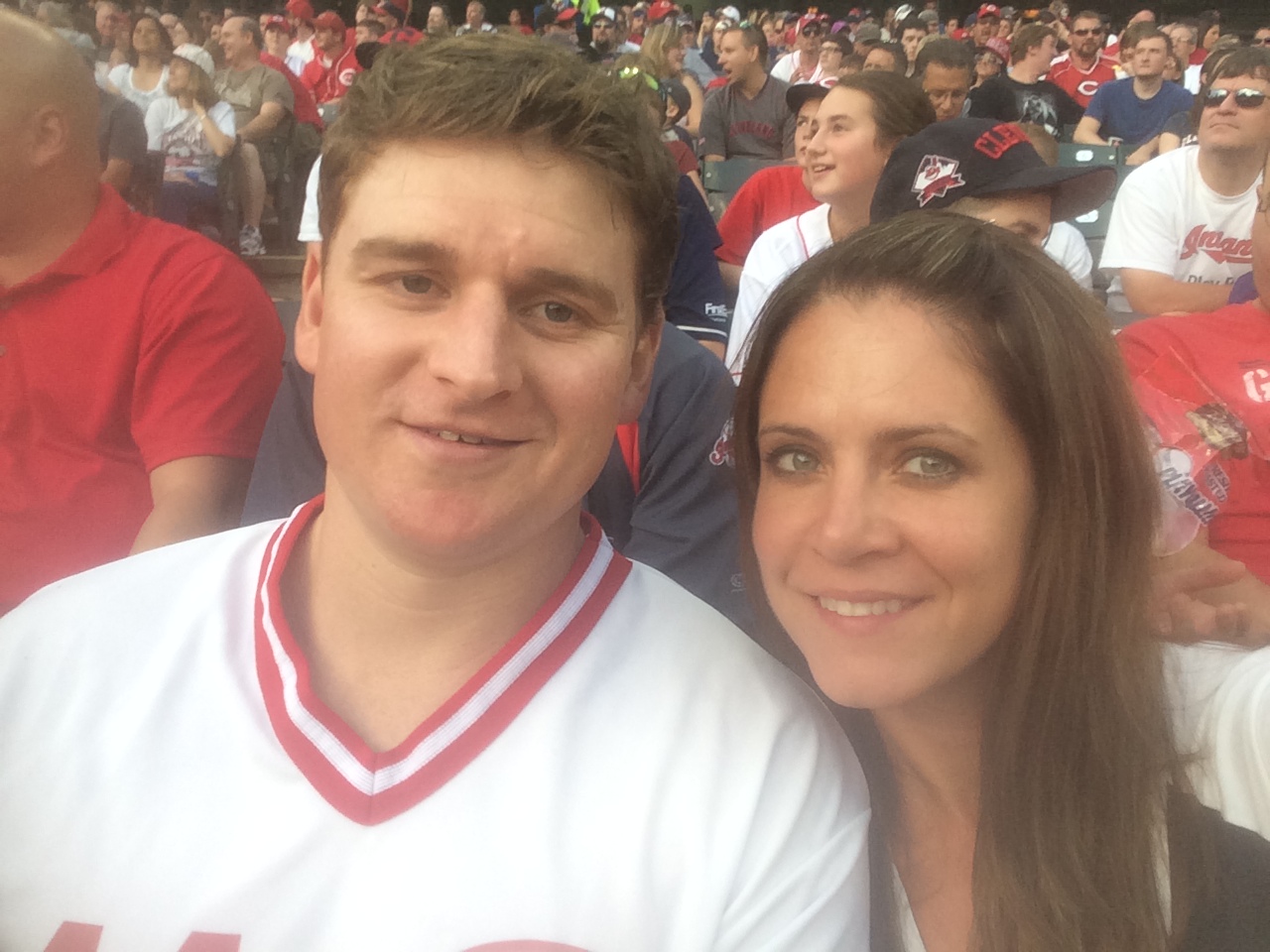