The Washington Nationals are 55-44 and in first place in the NL East with a one game lead over the Atlanta Braves. They are 4-2 since the All-Star break and coming off a 2-1 mile-high series win against the Rockies. The Cincinnati Reds are not these things.

The Reds did win the May series against the Nationals in the District. And that was actually during the time when both Joey Votto and Jay Bruce were on the disabled list. On the other hand, the Nationals were missing Bryce Harper, Adam LaRoche and Ryan Zimmerman, three of their best hitters. And the Nats are fully operational this weekend.

The Nationals are bringing the Racing Presidents to Great American Ball Park this weekend. George Washington, Thomas Jefferson, Abraham Lincoln and Theodore Roosevelt will participate in live mascot races each of the three games. Cincinnati-born William Howard Taft will join the four others. 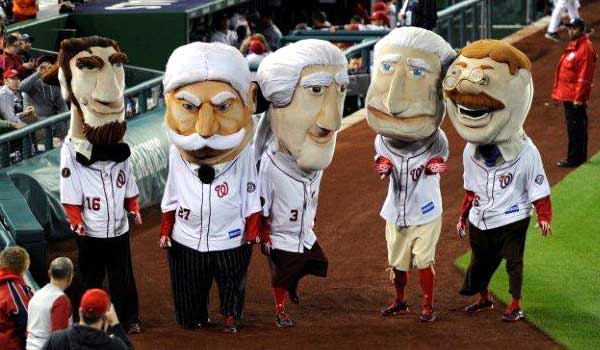 Of course I’ll be cheering for our native son (second from left). But the real question is whether any of these guys can play left field.

The Nationals are fifth in the NL in runs, sixth in on-base-percentage, fifth in power (ISO) and they swing at the second fewest pitches out of the strike zone. Both teams offensive numbers are trending with the health of their lineups – the Nats up and the Reds down.

In the last week, the Reds are tied for last in runs scored (with the Cardinals). In on-base-percentage, the Reds are fifteenth out of fifteen (.229) trailing the fourteenth place team, the Cubs (.289) by a whopping 60 points. Plate discipline is not a particular strength of this group. The Reds have swung at the second-most pitches outside of the strike zone. This might not necessarily be terrible, except it is terrible because they also have the second-worst contact rate on pitches outside of the zone. The Reds have by far the highest percentage of swing-and-miss strikes.

The Nationals have the second-best rotation in the NL after the Dodgers. Their starters are second in xFIP and SIERA and third in ERA. They have the lowest walk-rate in baseball and the second-best K-BB%.

Me: Ã‚Â The Reds miss Strasburg this series.

Mike: Ã‚Â The way the Reds are hitting, does it matter?

This is a rematch of the rubber game of the May series. Alfredo Simon out-pitched Tanner Roark in a game the Reds won 2-1. It’s a fairly even match-up on paper. Both pitchers are below average on K% but better than average on BB%. Neither generates many swings-and-misses. Both have ERAs that are well ahead of their fielding-independent stats.

Johnny Cueto will be looking to avenge his worst start of the season, which came against the Nationals in May. He gave up eight runs (six earned) in 5.1 innings. Denard Span was his personal nemesis, going 5-for-5 in that game.

Gio Gonzalez (LH) spent a month on the disabled list with an inflammation of the left shoulder. He’s coming off his shortest start of the season, 3.1 IP against the Brewers. Gonzalez has mostly pitched well since returning to active roster, including a 22-inning scoreless streak. The Nationals acquired him from the Oakland A’s one week after the Reds acquired Mat Latos, in roughly the same kind of deal. Gonzalez’s last start against the Reds was April 2013 when he pitched a one-hitter over eight innings. The previous year, he pitched seven shutout innings against the Reds.

Doug FisterÃ‚Â was the winning pitcher the Cueto implosion game back in May. He held the Reds to two earned runs in seven innings, five strikeouts, one walk. Fister pitched for the Detroit Tigers in the 2013 ALCS, dominating the soon-to-be World Series champion Boston Red Sox. The Tigers sent Fister to the Nationals last off-season. He doesn’t miss a lot of bats but he also hardly walks anyone. Fister twisted his ankle slightly in his last start, but didn’t miss a turn. For what it’s worth (small sample) he’s been a lot less effective on the road this season.’

The Nationals bullpenÃ‚Â is one of the best in the NL. CloserÃ‚Â Rafael Soriano, has converted 23 of 26 (88%) and his ERA is 1.15. Ã‚Â Soriano spends 90 minutes every day in an oxygen-rich hyperbaric chamber, which helps get the toxins out of his blood and body, he claims. I wonder if there’s room for a certain first baseman and second baseman in there. 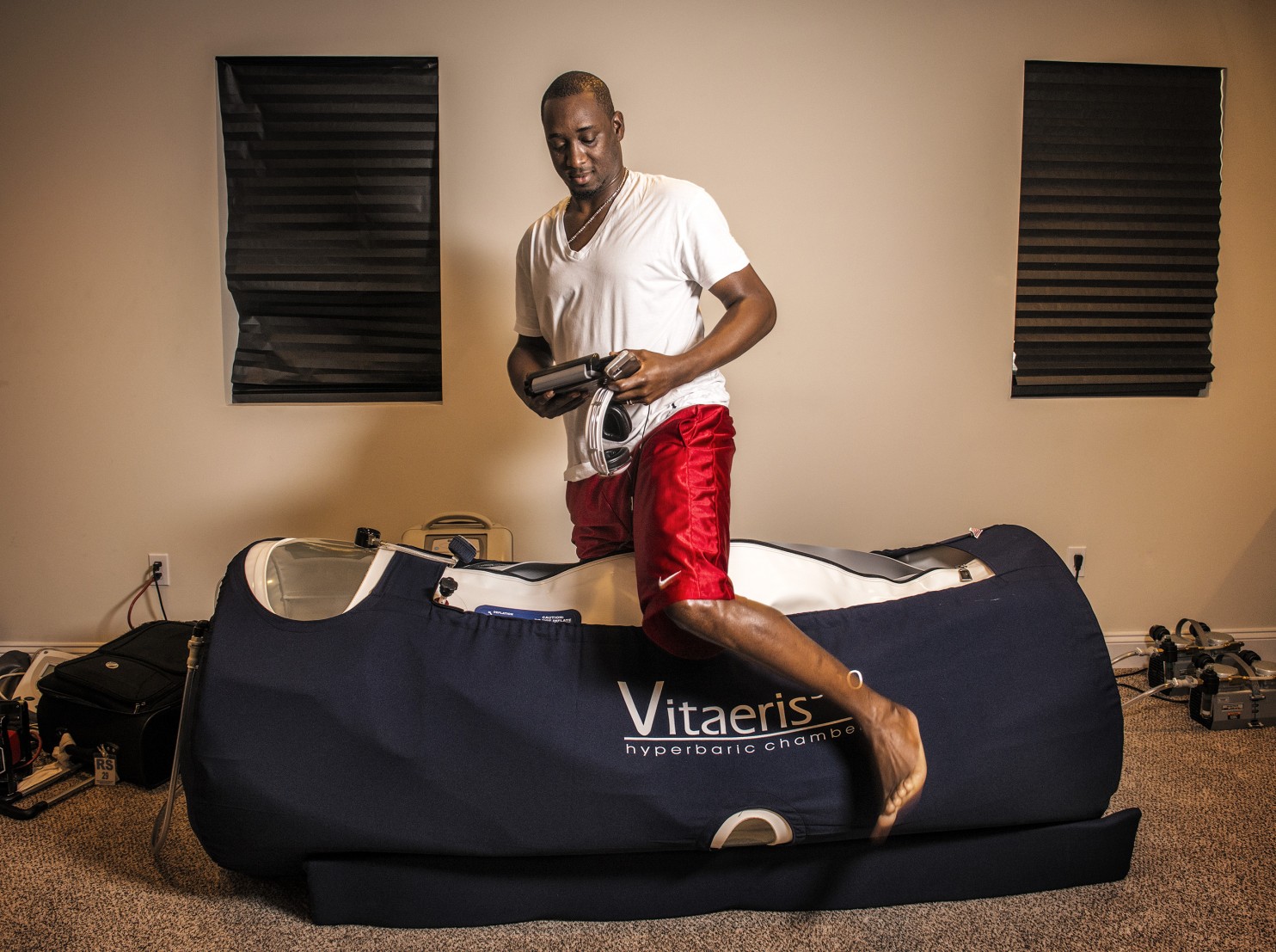 Set-up relievers Tyler Clippard and Drew Storen join Soriano with ERAs below 2 and FIPs below 3.

Me: Ã‚Â This is a brutal series for the Reds coming off the road trip. They could use a confidence boost. Too bad they aren’t playing the Cubs instead of the best team in the National League.

Mike: Ã‚Â When isn’t it a good time to be playing the Cubs?

The one thing about great challenges is they present great opportunities. If the Reds could somehow win this series, it would go a long way to getting past the debacle of the last six games. The pitching match-ups are all close-to-favorable for the Reds. The issue is, obviously, whether they can score some runs. Jay Bruce, Todd Frazier and Devin Mesoraco have to start swinging the bats or this weekend will end up feeling a lot like the last week.

I’ll be there tonight, cheering them on.