Mark Donahue contacted meÃ‚Â a few weeks ago about selling his novel, Last At Bat, at our site. I wanted to read it first before I committed to do that. We donÃ¢â‚¬â„¢t use much advertising. Every once in a while, we sell our own shirts or hats, but thatÃ¢â‚¬â„¢s been it all season.

Well, I just finished reading Last At Bat and IÃ¢â‚¬â„¢m happy to recommend it as a fun read. WeÃ¢â‚¬â„¢ve agreed to sell it. 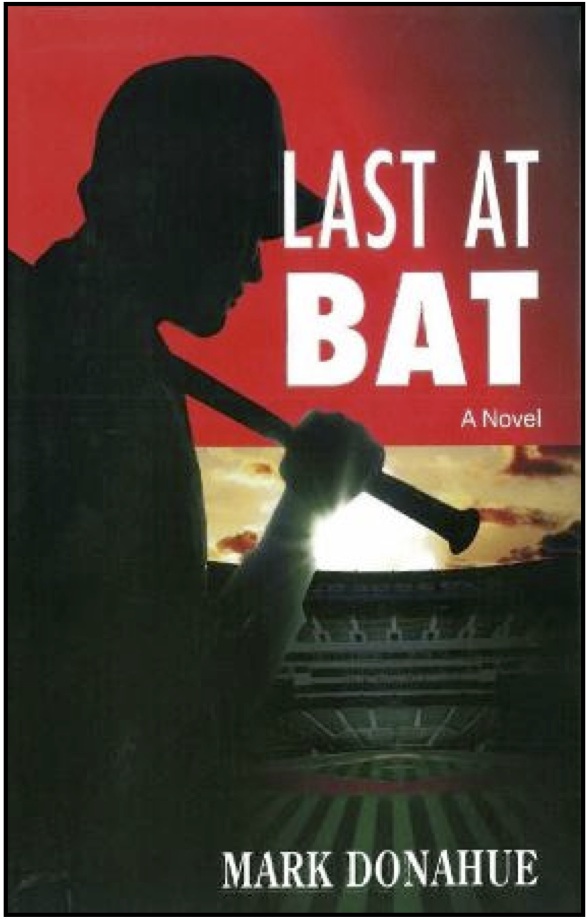 The 352-page novel is about a professional baseball player named Dylan Michael, who plays for the Cincinnati Reds. Michael is one of the greatest players in the game Ã¢â‚¬â€œ maybe the best of all Ã¢â‚¬â€œ but the story begins with him heading to federal prison. Shortly after that, heÃ¢â‚¬â„¢s involved in a horrible plane crash. And thatÃ¢â‚¬â„¢s just the first twenty pages.

I donÃ¢â‚¬â„¢t want to give away any more of the story than that, other than to say that Last At Bat has a unique and fascinating plot about second chances, baseball and perseverance. I read it in two sittings and couldnÃ¢â‚¬â„¢t put it down. I completely understand why thereÃ¢â‚¬â„¢s interest in making it into a movie.

One aspect that made Last At BatÃ‚Â really work for me is that Mark Donahue writes about the game of baseball and baseball players with authority. Mark has played from Little League to the MenÃ¢â‚¬â„¢s Senior Baseball League (where heÃ¢â‚¬â„¢s played on five World Championship teams). He lives in the Dayton area, which is why the book revolves around the Cincinnati Reds.

Mark has agreed to let us sell it to Redleg Nation members at a discount from the regular retail price. You can buy a hardcover first edition (personalized and autographed if you want) for $16.95 or an electronic copy (PDF) for $5.99. For the hardcover version, you have a choice of regular shipping ($3.50) or 2-day priority ($5.95).Ã‚Â Click here to buy Last At Bat.

Not only is the book entertaining, but it also makes a nice gift for a Cincinnati Reds fan. IÃ¢â‚¬â„¢ve already passed mine along to a family member.

(We’ll be posting an interview with Mark in a couple hours.)