Despite the Lords of Baseball doing their best to render the game more meaningless, the Baseball All-Star Game is still head and shoulders above the other major sports.

The NFL has tried everything to make theirs more relevant, from moving it to Hawaii to making it more like 7-on-7 and naming retired players as Ã¢â‚¬Å“captains.Ã¢â‚¬Â Nothing has worked. The NBA is more like a Ã¢â‚¬Å“my friends against your friendsÃ¢â‚¬Â pickup game in a city park with scores of 153-142. No thanks. I watch the NHL All-Star game as much as a World Cup soccer match, which means I never watch it.

Interleague play has taken away from the rivalry of the MLB All-Star game and the Union Brotherhood has diminished it as well. Still, it has a special place and Reds fans have had their share of top memories of plays and games that have featured Cincinnati baseball players.

Picking a Top 10 list is relatively easy. I narrowed it down to five. First, a brief history. 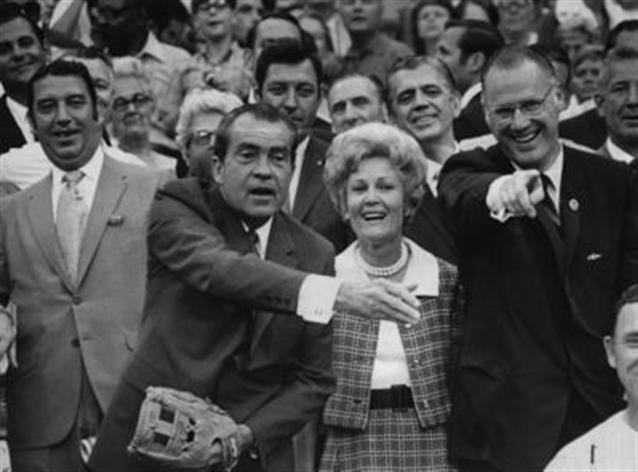 President Richard Nixon throws out the first pitch at the 1970 All-Star game in the new Riverfront Stadium. Seated with him are his wife Pat and MLB Commissioner Bowie Kuhn.

Seven Cincinnati pitchers have started All-Star Games for the National League, the most recent being Jack Armstrong in 1990. Paul Derringer started twice and Ewell Blackwell, Johnny VanderMeer, Bucky Walters, Bob Purkey and Jim O’Toole had that honor as well.

Before counting down the Top 5, an Honorable Mention should be given to Joe Nuxhall’s performance in the 1955 All-Star Game. Brought in from the bullpen with two outs and the bases loaded in the eighthÃ‚Â inning, Nuxhall wound up pitching 3 and 1/3 innings of shutout ball. The ol’ lefthander was a bit wild — he walked three, struck out five — but he held the American League at bay in an eventual 5-4 NL victory. Nuxy also struck out the side in the tenthÃ‚Â inning. 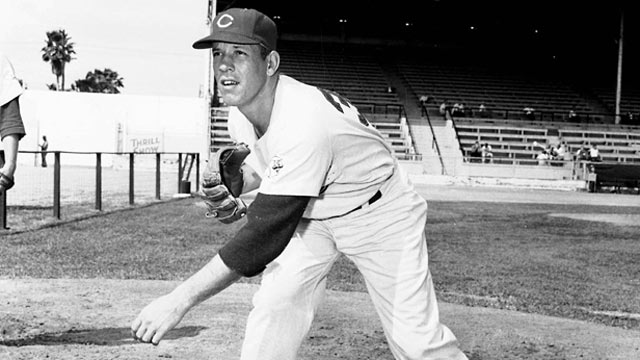 Reds Manager Dave Bristol, when speaking of Tony Perez, once said, Ã¢â‚¬Å“The longer a game goes on, Tony Perez will find a way to win it.Ã¢â‚¬Â

Bristol knew what he was talking about. And Perez, a future MLB Hall of Famer, found a way to do it against Catfish Hunter in the 1967 All-Star Game.

Dick Allen was the starting third baseman for the National League and he whacked a home run to give the NL a 1-1 tie. Perez came in as a substitution for Allen. Hunter, who ended up pitching 5 innings, struck Perez out the first time. But in his second plate appearance, in the fourteenthÃ‚Â inning, Perez slammed a home run. (Note: All-Star games did not end up in ties in those days. You played until a team either won or lost. And pitchers sometimes threw more than just one or two innings.) 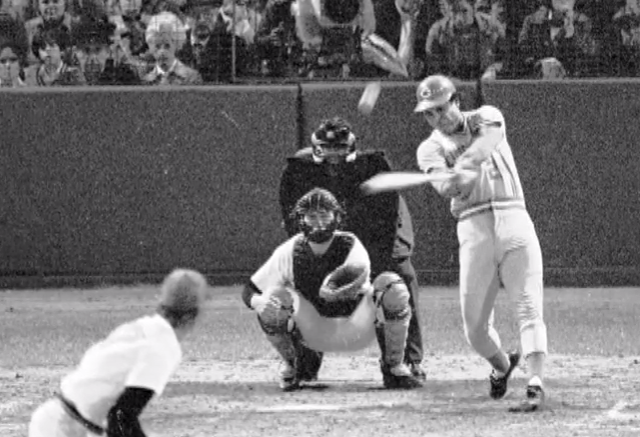 In 29 plate appearances during All-Star Games, Ted Kluszewski batted .500. When Big Klu was hot, he made Jay Bruce’s hot streaks look timid. That’s not a knock against Bruce, it’s just the way Big Klu was. Forget about having Adam Dunn batting fourthÃ‚Â and replacing Joey Votto. Give me Big Klu in a New York Minute.

In the 1955 All-Star Game, Klu was Klu. He went 2 for 4, slammed a home run, scored two runs and knocked in a pair. Of all Cincinnati hitters in ASG history, Klu is one of the most productive. More than that, Klu was a great coach for Sparky Anderson’s Big Red Machine. He’s been given a lot of credit for making Dave Concepcion and Cesar Geronimo the hitters they were. When Concepcion broke in during the 1970 season, he stood out defensively but I never imagined he would even hit .220 or better. Same for Geronimo, a former pitcher Reds General Manager Bob Howsam stole in the Joe Morgan trade. Dare I say that Brook Jacoby was certainly no Big Klu as a batting coach? 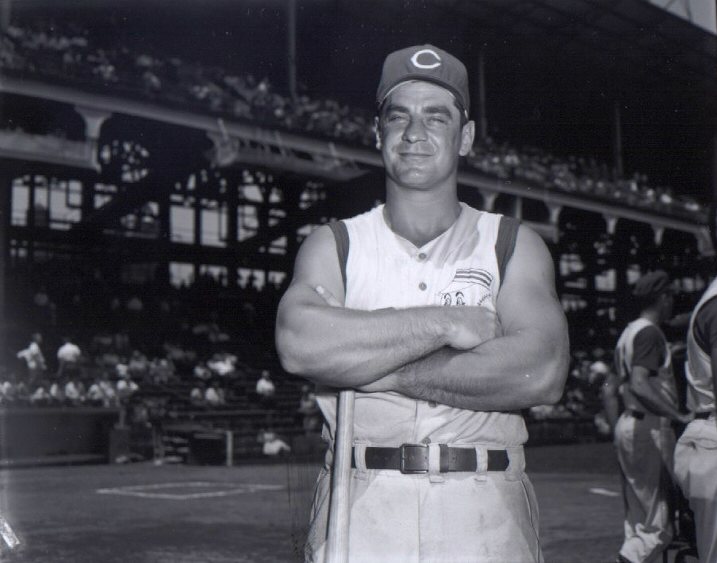 1969 was the 100th anniversary of professional baseball and the game was held at RFK Stadium in Washington DC (which was renamedÃ‚Â  shortly after Senator Robert F. Kennedy was assassinated in LA on 5 June 1968 at the Ambassador Hotel, which is now torn down).

Bench was the starting catcher for the NL and he homered in the second inning of the game with a runner on. In the sixthÃ‚Â inning, Red Sox outfielder Carl Yastrzemski came in as a replacement for Reggie Jackson. Bench ripped the first pitch he saw from Dave McNally to leftfield and Yaz made a leaping catch of the drive just over the left field fence, robbing Bench of a second home run. Willie McCovey was the MVP of the game, an 11-3 NL victory, by whacking a pair of homers. Bench just missed two and being perfect on the day. He finished 2 for 3 (with a walk) and drove in a pair of runs. The NL won easily, 9-3. 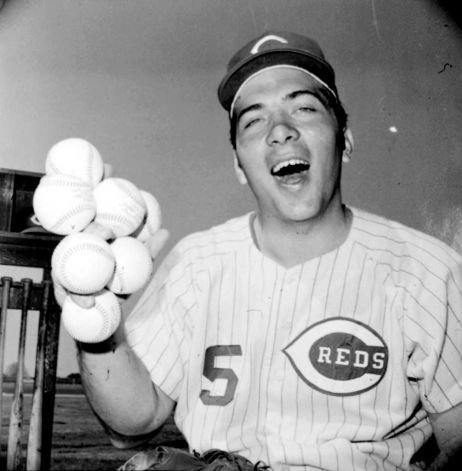 In the 1959 All-Star Game, Frank Robinson, the Reds right fielder, went 3 for 3 that included a home run. In a 5-3 loss to the AL, Robinson led off the ninthÃ‚Â inning with a base hit but was stranded on third base when the game ended. Oddly enough, Robinson replaced Stan Musial at first base in this game and later, made an error on a pickoff attempt by pitcher Sam Jones. It was the only mistake he made on an otherwise perfect day for Robinson. 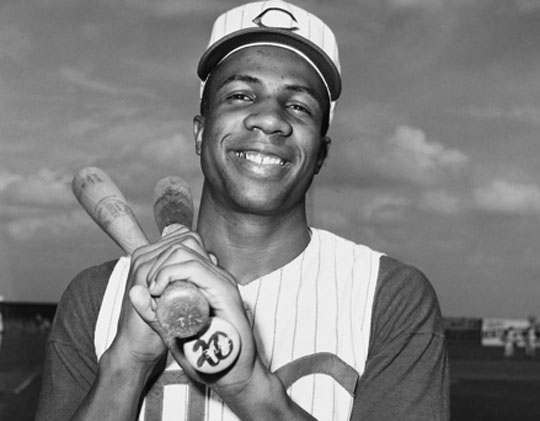 It was the most famous ending for any All-Star Game and has been replayed many times.

It was 1970 and the game was played at Cincinnati’s new Riverfront Stadium. It was a brutal night for the Reds. Aside from Jim Merritt’s two scoreless innings of pitching, Tony Perez, Johnny Bench and Pete Rose were a combined 0 for 8 with seven strikeouts. Only a dramatic three run rally in the bottom of the ninthÃ‚Â by the NL tied the game at 4-4. With two out and none on in the bottom of the tenth, Rose lined a base hit to centerfield. Dodger infielder, Billy Grabarkewitz, Ã‚Â did the same, moving Rose to second base. Both hits came off California lefty Clyde Wright.

Jim Hickman, a Cub rightfielder, came to the plate. 1970 was Hickman’s career year. He batted .315, hit 32 homers and knocked in 115 runs. His night before the appearance in the tenthÃ‚Â inning was nothing to brag about. He was 0 for 3 with two strikeouts. But Hickman lined a base hit to centerfield, which was being patrolled by Amos Otis.

And then it happened. The ball and Rose arrived at the same time and the Reds’ captain collided with catcher Ray Fosse. The ball came loose and Rose was safe. Fosse went on the DL and was never the same. Rose missed the first game back after season play continued but went on to hit over .300 and help lead the first version of the Big Red Machine to the World Series. The play came to personify Rose, his style of play and Cincinnati baseball.