[Edit. Chris Scharmen has lived in the Bay Area for 46 years but has been a Reds fan for decades. He has endured the harassment of Giants fans over the years. Chris attended the Saturday night game at AT&T. Thanks! — spm]

I’m a Bay Area native (46 years) and have been enduring Giants games most of that time. Traditionally the Reds do not perform well out here both due to the West Coast time issues and with the swirling winds of San Francisco, tough for visiting teams to overcome. I was primed for a loss and told my Giants friends they picked a good game to come with me because my attendance would almost ensure a Reds loss! Ha.

Once we got to AT&T Park the crowds were already lining up. Apparently free Bobbleheads of either Brandon Crawford (traditionally their #8 hitter) or Brandon Belt (part-time 1B who is currently rehabbing in A-Ball) gets the home crowd to come out in droves.

The line out front three hours before first pitch: 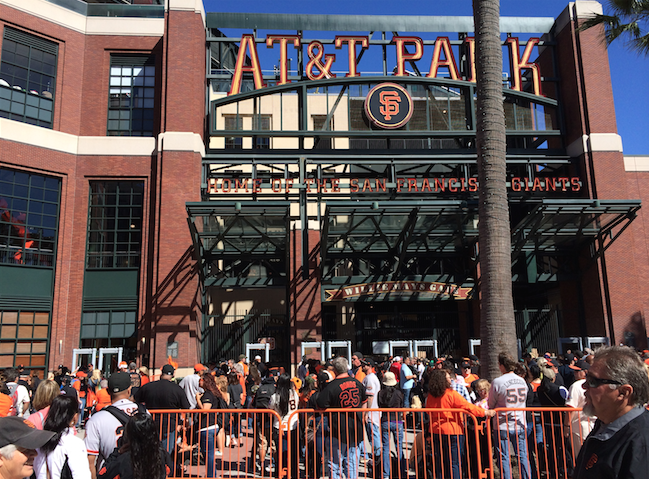 As you can see it was a GORGEOUS San Francisco summer day. We decided to avoid the crowd and head around to the back entrances. Apparently, many of the crowd also had the same idea. Oh well.

Back entrance line for those free mediocre player bobble-heads: 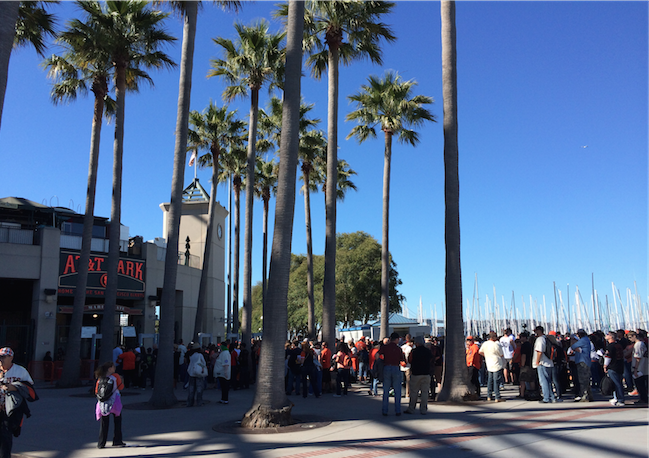 Once inside we came across the park’s brand new organic garden. Only in San Francisco. I’m not quite sure what they’re plans are for this in the ballpark, but it’s a great place to hang out and hope a batting practice home run doesn’t doink you on the noggin.

Here are some examples of what they’re growing (no cannabis, yet): 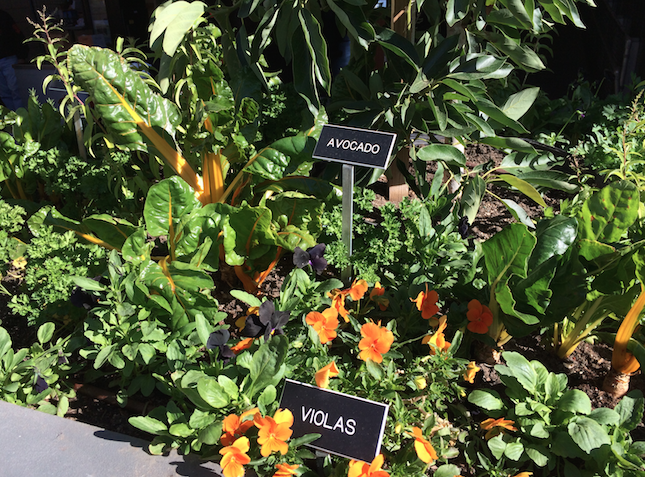 The view from the garden looking up at the iconic coke bottle and baseball glove:

Here I am in the Giant’s dugout store proudly displaying my Reds shirt: 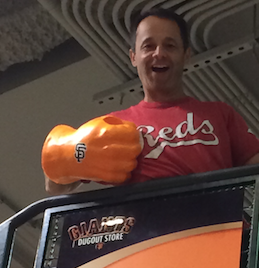 The view from our seats (below). Seriously, perfect day and venue for a ballgame. The dude a row below us in the Pence jersey wanted me to high-five him when the Giants went ahead 1 – 0. I made him return the favor when BP gave us the lead in the top of the 9th (only to have to high five him when Posey tied up the game). By the end, he refused to take a picture with me. Losing will do that to a man.

As for the game itself, I was frustrated almost the whole night. Especially considering that Bochy seemed to want to give us this game for free (a bunch of sub .250 rookies, NO Buster Posey in the lineup). The Reds should have been up 4 – 0 by the end of the 4th inning. We had five straight innings with runners on second base (four times with less than 2 outs) with nothing to show for it. Cain’s off-speed crap definitely kept us off-balance. Stupid miscues were consistent ALL NIGHT (Hamilton gets picked off second in the 1st inning, Cozart TAKES strike three with Ludwick lumbering and getting tagged out on a “hit-and-run”). It was awful.

Thank goodness Romo allowed BP to get his glory swing in the 9th. The worst part was seeing Chapman up in the bullpen in the top of the 9th. What on earth was Price thinking?? I told my Giants friends it was asinine. Not only has he pitched several days in a row, but if the Reds don’t score, you had him throwing bullpen for nothing! If the Reds tie it, are you bringing him in against the closer role and with no break day? If we take the lead (which we did) he still is pitching more consecutive days than he should. So before one pitch was throw in the TOP of the 9th I was furious with Price but hopeful he knew what he was doing. Of course, my fury was accurate. 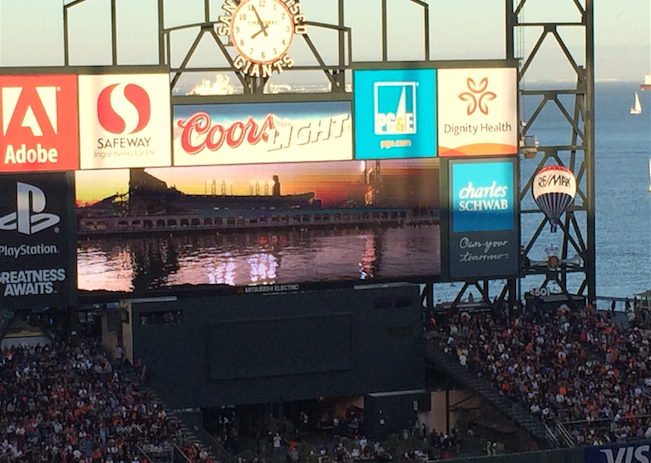 However, being a stadium on the bay also has its disadvantages. The gulls know when a game generally ends, and begin to fly in whether or not it’s extra innings. When they come flying in, their poop comes raining down. We covered up. This picture doesn’t even do justice to the reality that was what looked like billions of birds above and around us: 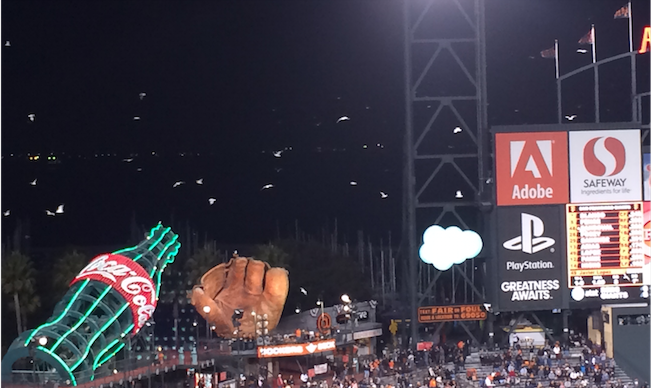 Overall, it was a great night for baseball made even better watching Giants fans head for the exit before their team batted in the bottom of the 11th. So enjoyable. 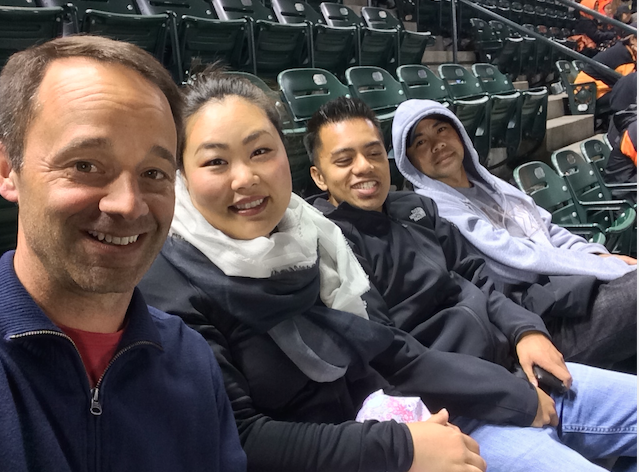