I took a drive up to Pawtucket yesterday to see Joey VottoÃ¢â‚¬â„¢s rehab start with my own two eyes. Because there is nothing like the old Eyeball Test. Right? And because, there are worse things you can do than watch Joseph Daniel Votto lace them up and play baseball in a cozy venue in New England on a warm summerÃ¢â‚¬â„¢s day in June.

I knew heading north that I wasnÃ¢â‚¬â„¢t going to come away with anything visually that would tell me Joey was ready to begin knocking down outfield walls at Great American Ball Park or start taking the paint off the Toyota Tundra in centerfield. IÃ¢â‚¬â„¢m no scout, even as I think my eyesight and baseball acumen are still better than Clint EastwoodÃ¢â‚¬â„¢s grizzled Gus in that awful baseball movie, The Trouble With the Curve. I was looking for something subtler. Something in his step, something in the look on his face or in his interaction with his Louisville teammates that would reveal how he feels about his readiness to return and do some damage to National League ERAs.

What I got was Joey being Joey. No nonsense. Relaxed. Poker-faced, despite the taunts from the local Red Sox fans when he failed to come up with a ball in the dirt on a throw to first base. 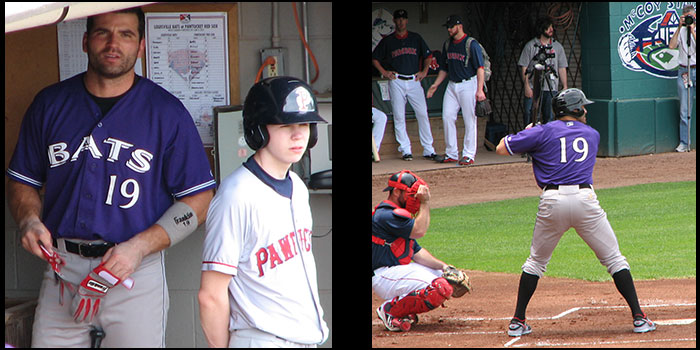 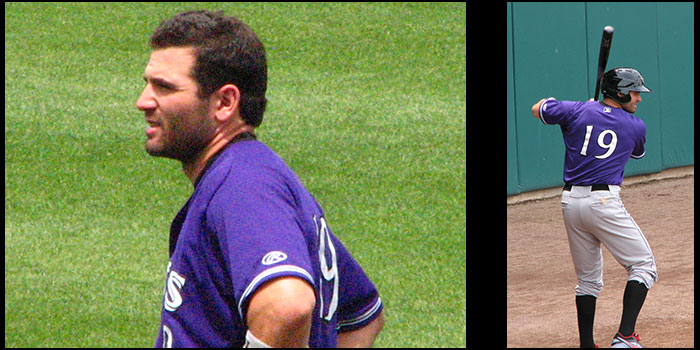 Below is Joey’s last AB in the top of the seventh. The Pawtucket pitcher had a no-hitter going before the 2010 MVP came to the plate. As you would expect, Votto wasn’t about to let that continue. After being replaced by a pinch runner, Votto ran into the dugout, high-fived every player, and exited into the clubhouse. At 2:54 pm, his day was over.

I wish that after six plus innings of watching every move #19 made, every glance and every piece of body language real and perceivedÃ¢â‚¬â€I could tell you Votto is ready to give the Reds the boost they so desperately need in their patchwork lineup. The real truth is that the Reds are going to need more than Joey Votto, even at 100%. They are going to need Jay Bruce to start being Jay Bruce. They are going to need Devin Mesoraco and Todd Frazier to continue to be the pleasant surprises they have been so far. They are going to need left field to be something other than a Bermuda Triangle hitters disappear into, never to be heard from again. But, Votto looked relaxed. And his playful high five in the dugout with his teammates suggested he felt good about his day.

That was enough for me.

And finally, I give you the AAA dugout of the Boston Red Sox. If you think baseball is glamorous everywhere below the big leagues, this image suggests otherwise: 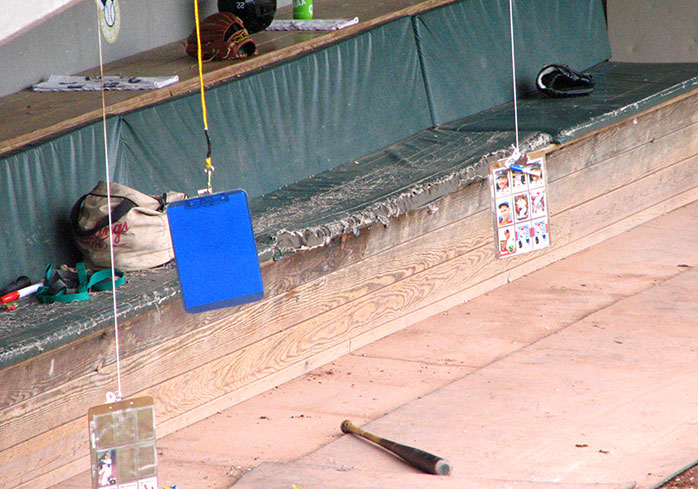