Fair warning: If you’re a card-carrying Homer Hater, save yourself the heartburn and turn the dial to the right. It’s been a bad day for you already and reading this will only make it worse.

FollowingÃ‚Â reasonably effective starts against the Brewers and Red Sox, today Homer Bailey finally hit his long stride, pitching his best game of the 2014 season. The 28-year-old right-handerÃ‚Â enjoyed laser-like command of his fastball from the first pitch (a 93-mph called strike) to his last. HeÃ‚Â hit the edges of the plate at will.Ã‚Â Of Bailey’s 112 pitches, 76 were strikes and he threw first-pitch strikes to 19 of 27 batters. The Rockies didn’t hit a ball hard until the fourth inning. It’s debatable whether they ever hit a second one.

Fastball location made all the difference.

And Homer Bailey accomplished this not against the Chicago Cubs, but versus the mighty Colorado Rockies, who leadÃ‚Â baseball in offense by a wide margin. Other than the pitcher and catcher, Colorado started the same wrecking crew that leveled GABP yesterday. Today, Bailey and his devastating fastball shut them down.

In fact, the Rockies managed only one hit off Bailey’s number-one, a broken bat single by Corey Dickerson. Their other three hits came against Bailey off-speed pitches.

Troy Tulowitzki has been the most dangerous hitter (.395/.497/.766) in Major League Baseball. Tulo’sÃ‚Â wRC+ stood at an astronomical 235 going into today’s game. Saying that Seth Smith is second in wRC+ is like saying Japan finished second in World War II. Tulowitzki’s 59-point edge in wRC+ over Smith is the same distance as that between second place and fifty-fifth. If you worship at the altar of old timey stats, Tulo has 11 home runs and 33 RBI. He’d walked 25 times compared to just 17 strikeouts.

Tulowitzki is five healthy months away from contending forÃ‚Â the NL MVP.

Back on March 31, Troy Tulowitzki struck out twice — in his first two at bats of the season. Since then, heÃ‚Â has struck out twice in the same game exactly one time, when the Rockies were already ahead 7-1.

Today, Homer Bailey struck out the Rockies’ shortstop in two consecutive plate appearances. Take your pick as to which fastball was more impressive. In the fourth inning, after Bailey had given up the solo home run to Charlie Blackmon and the Haters were eagerly readying their “meltdown” and “head-case” memes, Bailey struck out Tulowitzki on three consecutive fastballs, the last one at 94-mph that Tulo swung at after it rested safely in Tucker Barnhart’s mitt. In the sixth inning, Homer painted black with a 97-mph fastball as Tulo stood there like Ernie Harwell’s house by the side of the road.

In the fifth inning, BaileyÃ‚Â walked the leadoff hitter and the backup catcher Michael McKenry doubled in the left field corner, putting runners at second and third with no outs. Defending a 3-1 lead, Bailey struck out DJ LeMahieu (.287/.362/.339), struck out the pitcher and then faced lead-off hitter Charlie Blackmon (.352/.385/.614), who had homered off Bailey the inning before. Homer bowed his back and got Blackmon to pop out to Super Todd Frazier on a 95-mph fastball right on the right-fielder’s fists. (By the way, did ya notice that Frazier has hit two home runs since I told you he was figuring it out?)

Homer’s last pitch, appropriately, was a 94-mph fastball to Brandon Barnes. Earlier in the at bat, this is the eighth inning mind you, Bailey hit 96-mph on the radar gun.

Homer Bailey’s 2014 has been largely disappointing so far, surely most of all to him.Ã‚Â Yet throughout those bad starts, Homer’s fundamental strengths were still present. His swinging-strike rate and fastball velocity were in line with last year. Those factors produced a comparable strikeout rate to 2013 (8.5 K/9 to 8.6 K/9) even before today. For as many home runs as he’s given up this year, Bailey’s ground ball rate has actually been more than a little bit higher than it was last season (up to 53% from 46%).

What Bailey had been missing was pitch command. At least for today, that was back. And it returned on a day when the Reds desperately needed it. The previous two games amply demonstrated that the Rockies destroy mediocre pitching. Only elite pitching keeps their bats in check.

What changed for Homer? Who knows.Ã‚Â Maybe it was his new (old) windup, raising his hands above his head at the start. Maybe Bailey thrives in warm weather. Maybe the talented Texan recaptured the leg strength he’d been short due to missing his lifting sessions during spring training. Maybe the positive karma was still around from all those bobbleheads.

What an afternoon. Not only did we witness the glorious returns of Aroldis Chapman and Billy Hamilton, but my favorite playerÃ‚Â got his fastball groove back. Best of all, I watched it with my mom (a big-time Reds fan) on Mother’s Day. 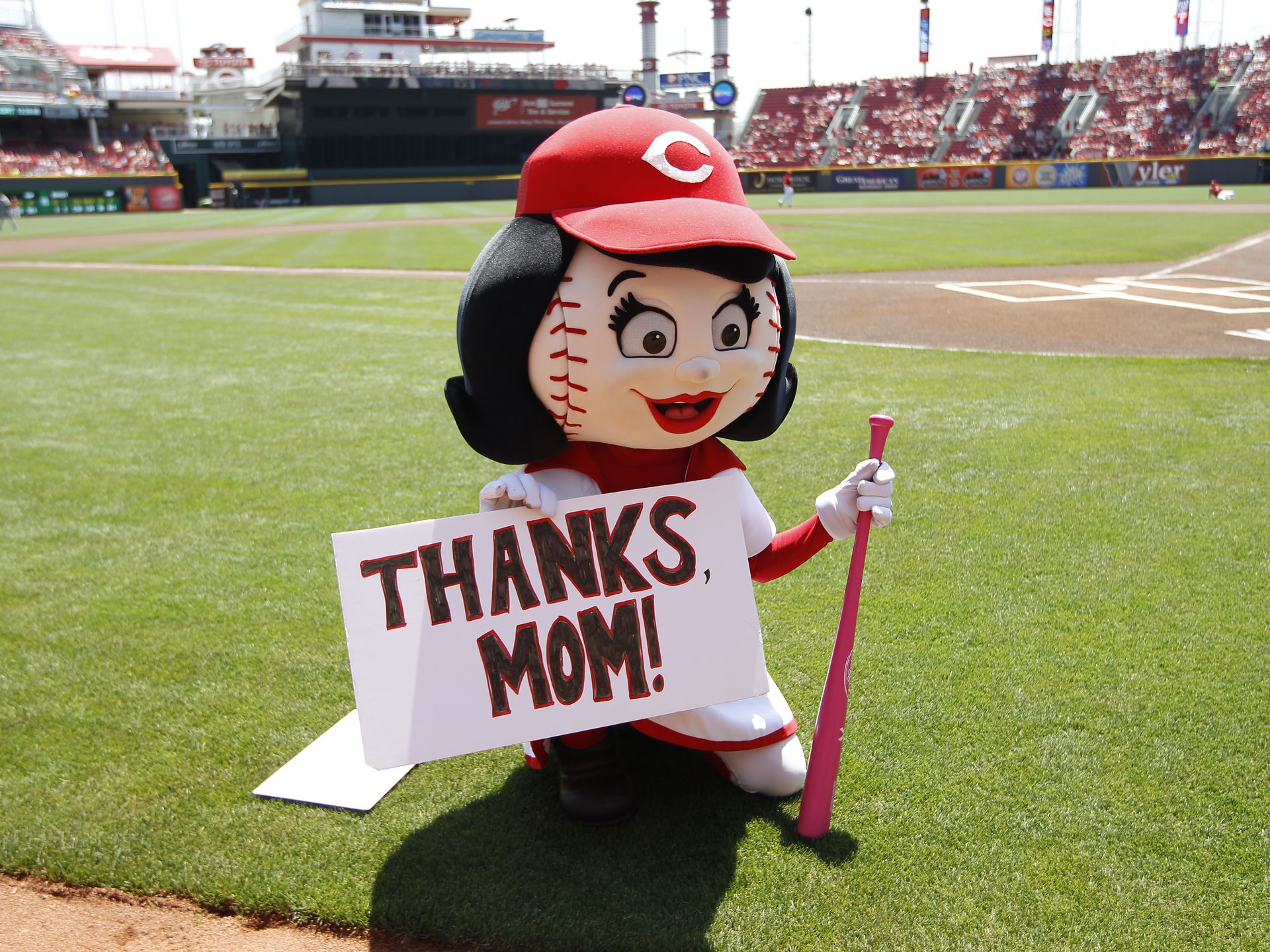