A few weeks ago, the good folks over at The Platoon Advantage had a fantastic idea: A mock expansion draft, based on the premise that MLB should expand to 32 teams in the near future. They asked the other ESPN Sweet Spot blogs to participate, and we each filled the role of the General Manager of the team we cover. “The Common Man” at TPA drafted for the new Portland club, and Bill drafted for the third New York franchise. Edit: switch those guys. Bill had Portland.

The Rules
The rules were essentially identical to those from the 1997 MLB expansion draft. Each team could protect 15 players, initially. Anyone who was drafted (or signed as an amateur) in 2009 or 2010 is automatically exempted, as are high school signees from 2008 or later. The draft would actually occur this fall, so we didn’t have to protect pending free agents like Francisco Cordero or Jonny Gomes.

In the first round, each expansion team takes players until each existing MLB team has lost a player (and each expansion team has a 15-man roster). Each MLB team can then protect three more players, and a second round proceeds like the first. Before the third round, each team protects another 3 guys, but the expansion teams only take 5 players each — ending with 35 players on their roster. SPOILER ALERT: The Reds were one of the 10 teams to lose 3 players to the draft.

My Approach
First, I wanted to act as rationally as possible. For example, I left Scott Rolen (owed over $8M next year, when he’ll be 37) off the list, with the assumption that no expansion team would want him. And frankly, it wouldn’t kill the Reds to shed that contract, anyway. Walt Jocketty knows how Scott Rolen would react to that move. I don’t, but assume it would work out. Same went for Bronson Arroyo (owed $23.5M for what will be his age 35-36 seasons).

Where the Reds have clearly expressed an opinion/value on a player, I tried to respect that, both for a sense of realism, and because they employ a lot more scouts than I do. So I protected Jose Arredondo, simply because the Reds have carried him on their roster for two years, and I doubt they’d just let him get plucked away so quickly. Similarly, I didn’t protect Mike Leake in my first batch of 15, because the Reds seem surprisingly lukewarm on such a recent #1 pick.

Volquez was the toughest decision here. I just don’t know what to do with him – and certainly would be in a different decision on him if this was really October. Personally, I’d let him go, but the Reds have always had more faith in him than I did, so I kept him.

Phillips is another tough case. If he’s extended between now and then, he’d obviously be protected. I considered leaving him unprotected (and actually did, in my first submission), but figured that even with one year left on his $12M contract, he would be attractive as a trading chip for an expansion team. Then I realized that the Reds could use him in a similar way, if they had the stones to trade him.

The Reds ended up losing Mike Leake to Portland at #15 of the first round. (SPOILER: Portland took all three Reds players). B.J. Upton was the David Nied of the draft.

In retrospect, I’m not thrilled at all with how I handled the first round. I was planning to protect Leake in Round 3, but he never got that far. I probably overvalued relievers — which is something I’m constantly accusing major league GMs of doing. I shouldn’t have protected Massett or Bray. At most, I’d have lost one relief pitcher, and could’ve protected one or two for the later rounds. But at the same time, Leake would’ve been the 5th starting pitcher protected, plus Chapman – and Arroyo’s still here.

The timing of the draft (I submitted my list on May 27) made it hard to avoid over emphasizing small samples. When I left Leake off my list, he had a 5.70 ERA, and had been demoted and jailed. Since then, he’s pitched 41 innings at a 2.85 ERA, allowing 38 hits, and had a 23:6 strikeout:walk ratio. So that move looks really dumb now.

Second Round
For some reason, I was reliever-obsessed, and protected two more in the second round:
Logan Ondrusek
Jose Arredondo
Chris Heisey

The Reds lost Juan Francisco (3rd pick of Round 2), which didn’t bother me one bit. I see him as a cross between Randall Simon and Wily Mo Pena.

Portland took Sam LeCure with the 2nd pick of Round 3. 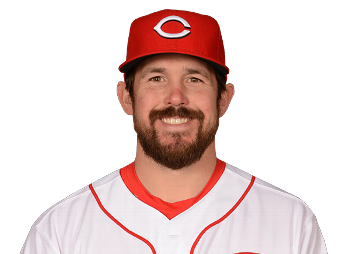 Looking back, I have to wonder if I screwed up. In some ways, LeCure is the classic expansion draft pitcher — decent performance, but low upside. But at the same time, is he less valuable than Ondrusek or Arredondo? My excuse is that Cordero will be gone next year, and Chapman better be in the rotation, so a pen full of young arms is important to the Reds.

We’ll all clearly have a better handle on Volquez, Arredondo, Leake, Ondrusek, Paul Janish (unprotected and undrafted), and LeCure in October. If the post-draft email dialogue is any indication, the other mock GMs all have similar second thoughts. And at least I didn’t lose a Hall of Famer.

As for the expansion drafters, I think TCM did a great job identifying talent in the organization. Of course, it all depends on what you want to do. Are you looking for all big-league-ready players, or would you be willing to take a flier on talent? Is there value in paying market rates for a veteran inning-eater like Arroyo? Leake was a good pick, and LeCure is good organizational depth in the third round. But I’d have been much more unhappy if they’d taken Cozart or Sappelt, instead of Francisco.

Click over to TPA to see the full draft lists, Keith Law’s draft grades, a realignment proposal, and links to other blogger GMs who are also kicking themselves this morning.

What do you think? Would you have protected Leake?